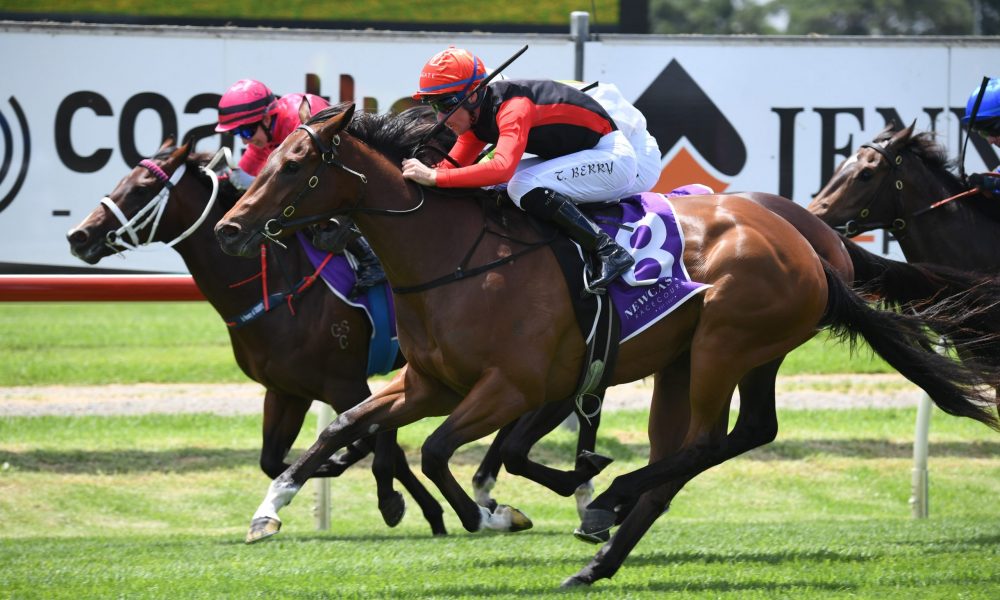 Peter and Paul Snowden prepared Russian Revolution (Snitzel) to his two Group 1 wins on the track, earning him a place on the stallion roster of owners Newgate Farm, and the father-and-son training duo are leading the charge with his first-crop progeny, with Max Lees Classic (900m) winner Russian Conquest looking an exciting prospect.

Previous winners of the Max Lees Classic, which is now in its fifth running, include subsequent Group 1 winner Jonker (Spirit Of Boom) and the Snowden-trained Group 2 winner Strasbourg (I Am Invincible), and the filly ran out a comfortable half-length winner of Newcastle’s 900-metre dash on Saturday.

Following on from her fourth placing in a 1045-metre barrier trial at Randwick, the two-year-old found a good rhythm under Tommy Berry, despite an awkward draw in seven, and battled well to the line to beat favourite Uncorked (Pierro) by a half-length with Last Bid Liam (Shalaa) a further neck away in third.

“She had a good look around down the straight. I wanted to pull the stick through a bit earlier, but I thought I’d leave it until late because I knew she’d respond well to it,” Berry said.

“Looking at her trial, I was a bit worried that she might only be a 900 (metre horse) because she had plenty of speed but Pete (Snowden) did assure me she is a horse who can come back and take a sit and you can pretty much put her wherever you like.

“When you’ve got two-year-olds that can adapt to the speed of races, it’s going to take you a long way.”

The third foal out of Artie Schiller (El Prado) mare My Conquestadory, Russian Conquest was a $425,000 purchase by Snowden Racing out of the Newgate Farm draft at the Magic Millions Gold Coast Yearling Sale earlier this year and is a half-sister to the US Grade 2-placed Bourbon War (Tapit) and winner Miss Tapirado (Tapit).

My Conquestadory, a Grade 1 winner at Keeneland in the US, was purchased by SF Bloodstock and Newgate Farm for US$1.5 million at the Keeneland Breeding Stock Sale in 2016, with Russian Conquest her first Australian-bred produce. She has since foaled a September-born Snitzel (Redoute’s Choice) filly this year.

Russian Conquest, the joint most expensive yearling sold by Russian Revolution, was one of 157 foals produced from the stallion’s first crop and he stands his fourth season at Newgate Farm for a fee of $44,000 (inc GST).