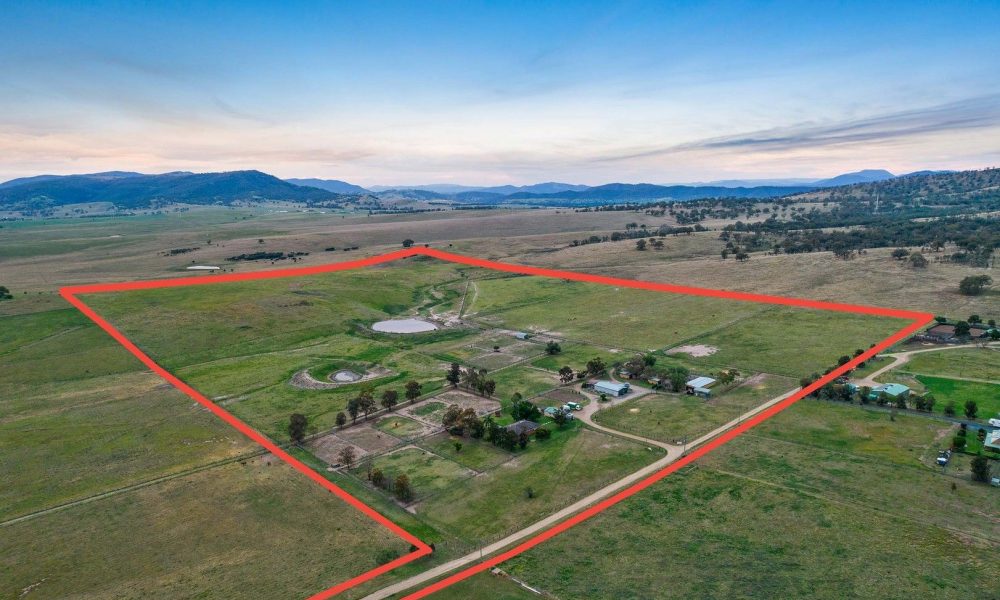 After 20 years at the helm of Sefton Park, Colleen Buchanan is going on holiday.

On Saturday, her beloved farm, situated just south of Scone off the New England Highway, was auctioned, marking a new stage in her distinguished career in thoroughbred racing and breeding.

“First of all, I’m going to have a holiday!” Buchanan told ANZ Bloodstock News this week, who expressed demonstrable emotion at the sale of what has been a business she has been wholly devoted to for the last two decades.

“It’s time for me to go and do something else. The place couldn’t look any better, it looks beautiful at the moment, we’ve had plenty of rain.”.

At its peak, Sefton Park hosted up to 120 mares, while rearing foals and selling yearling drafts at multiple sales across the country, achieving notable success in the ring and on the racetrack, with Buchanan having built up the 107-acre property into what it is today, equipped with a four-bedroom homestead, two floodlit foaling yards as well as day yards, colt runs and quarantine paddocks.

However, perhaps in a reflection of the longing for tropical sunshine, Buchanan built the property’s ‘Bali Bar’, which is modelled in the image of the pacific island and has as many stories to tell as the grazing thoroughbreds.

“I’m not going to be completely lost to the industry. I have plans going forward in that I’ll retain a little broodmare band with a couple of owners, but first of all I’m going to take six months or so off.”

Buchanan consigned yearling drafts to the Magic Millions Gold Coast and Inglis Australian Easter Yearling Sales, as well as being a fixture at the Classic sale and taking drafts as far as Melbourne and Adelaide.

Her last draft at this year’s Classic sale saw all five horses sell, including a $120,000 daughter of Deep Field (Northern Meteor) to Next Generation Racing.

“Over the years we’ve had plenty of success in the sales ring and plenty of horses going on to become good horses. We’ve educated a lot of young people in the industry through the years with horsemanship and they’ve gone on to other farms,” said Buchanan, taking particular pride in the latter achievement.

“I was looking at my 2019 Classic Sale draft, and all six horses to race out of that have won. And the Adelaide draft, I took ten horses there, I think it was in 2016, and just about every one of them has won too.

“I tried to pick what sales would suit the horses, really. I’ve had plenty of success over in Adelaide and always had a draft for the Classic sale. I’ve always been really keen on that sale, I think it’s a very good one.

“The sales are really good now, wherever you go. You just need to place your horse correctly. I learnt that over time. Everybody really wants to go Magic Millions in January or to Easter, but if your horse is going to stand out at Adelaide, you’re better off going there.”

Among her success stories is Easter graduate Golden Archer (Rock Of Gibraltar), an $80,000 buy for Peter Moody who won the HDF McNeil Stakes (Gr 3, 1200m) at Caulfield and chased home in third his illustrious stablemate Black Caviar (Bel Esprit) in the 2013 Lightning Stakes (Gr 1, 1000m), as the great mare smashed the track record, with Moody saddling the trifecta.

And then there’s Salsonic, a $50,000 graduate of the 2015 Inglis Classic sale when selling to Jason Coyle, who was a subsequent winner of the Queensland Guineas (Gr 2, 1600m).

“It was a great thrill to see Golden Archer run behind Black Caviar. Kevin and Julie Taylor bred him over in New Zealand and we prepared him for sale here,” Buchanan recalled.

“Salsonic, John Gatfield bred him and we raised him here and sold him here at the Classic sale at the old Inglis complex. He’s always a very emotional horse when he’s out. And he’s still going around. I’m actually racing his half-sister which I sold to Jason Coyle as a weanling.

“I sold the mare Salsify to Western Australia in foal to Foxwedge and she’s since produced other winners. I’ve got her daughter, Hunter Cheerleader. She’s just had a Yes Yes Yes filly, so the family still goes on here and she’ll be one of the mares I’ll be retaining within my small breeding group.”

In first sourcing the property, her dream of running a thoroughbred farm almost belonged to someone else. However, a leap of faith saw Buchanan take the plunge into the unknown realm of running her own business and pursue a lifestyle that would ultimately be to the benefit of her, at the time, two young children.

“I was actually looking for a property for somebody else. I was up at the Magic Millions National Broodmare Sale and the original owner, who I bought it off, walked past,” Buchanan said.

“We came out and had a look at it, and I thought, ‘why am I looking at it for someone else, when I could do it?’ I struck a deal with the owner and built up a business so that I could buy the farm off him and then my ex partner and I, we built the business up while working other jobs.

“The other reason I decided to start a broodmare farm myself was because I was a single mother. I was packing my children up at five in the morning to go to daycare and coming back at 6pm in the evening, working a 12-day fortnight, and I thought if I had a go at running my own business at least my kids could wake up in their own bed.

“It’s been a fantastic little area for them to experience farm life. The kids have learned dedication and what it takes to create a business and I’ve had a great life here, lots of memories.”

Sefton Park will now look to act as the launchpad for a new business and new memories for its new owners, husband and wife Denis Griffin and Kerry Stephens, who take over the property in January.

Denis is the yearling manager at Vinery Stud, while Kerry works at Arrowfield Stud. The fact the farm will continue to be an operational thoroughbred farm is a source of great pleasure for Buchanan, whose legacy on the farm will be continued.

“The young couple that has bought it is going to carry on and run a broodmare farm. So, everything I’ve done here over the years is going to be utilised which offers a great deal of satisfaction,” she said.

The immediate future might be a bar in Bali (the real one), but for Buchanan, who recently married transport business owner Rodney Bushby, it offers the chance to pursue challenges that were prohibited due to the commitment of running a farm, as so many in the industry will vouch.

“I’ll be helping Rodney with his transport business and will probably focus more on the racing side. I always like to plan and develop things,” Buchanan said.

“It’s been 30 years since I’ve competed in dressage and I hope to spend the next five or so years getting back into competing quite seriously in that. When you’ve got a farm things like that are hard to keep up with.”