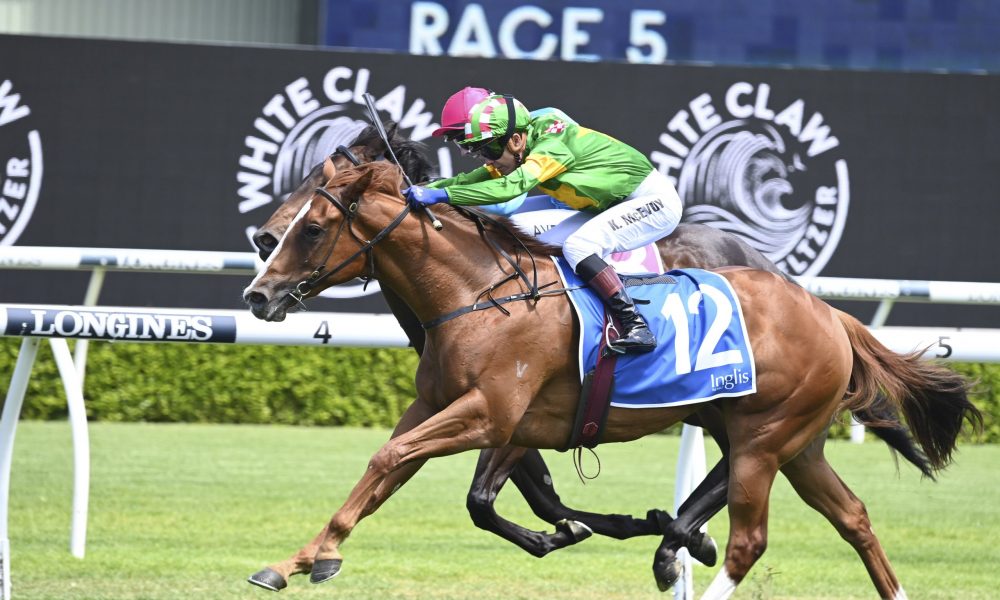 The movie Moneyball told the true story of the 2002 Oakland Athletics, an outstanding team built from a budget list of baseballers who didn’t own the headlines, but possessed one precious thing: stats proving their year-in year-out knack for getting on base.

Who says you need a World Series ring or a CV full of home runs to have proved your worth?

There are similarities in assessing stallions. Glamour, and its attendant large service fees, are seductive, but it’s often shown real value lies in consistency and reliability – statistically better chances of getting “on base”; i.e. getting winners – particularly if you’re not venturing into the perilous waters of million–dollar yearlings.

And after all, who says you need a Group 1 win to your name to go and stand at stud?

And though his dad won two Group 1s, Star Turn never got there, managing third at the top level three times before retiring after his three-year-old season, with three black-type wins and seven placings from 12 career starts.

He also retired amid a rare flood of well-credentialed new sires, from an outstanding crop of three-year-olds.

But more than just holding his own, Star Turn has thrived.

Now with three crops racing, the quintet’s progress since that first season makes interesting reading. On Australian winners-to-runners stats, Extreme Choice, sub-fertile but now Australia’s most expensive stallion at $275,000, leads the way on percentages, with 33 from his mere 51 starters, at 64.7 per cent.

While his consistency may be a distinguishing trait, Star Turn has also emerged as more than just a straight guy. He’s now also left a Group 1 winner in Startantes, from this year’s BTC Tatt’s Tiara (Gr 1, 1400m). Extreme Choice has two in She’s Extreme and Stay Inside, there’s one each to Capitalist (Captivant) and Flying Artie (Artorius), while Shalaa is still waiting for his first in Australia, though he has one in Ireland (No Speak Alexander).

And now Star Turn – who stood seasons four and five for $16,500 before a boost on the back of Startantes this year to $27,500 – appears to have another potential star in Saltaire. The two-year-old filly became his newest black-type provider in Saturday’s Inglis Nursery (RL, 1000m) at Randwick.

Saltaire had Star Turn written all over her. The John O’Shea-trained chestnut was at an underdog’s price of $13, following a debut second over 900m at Newcastle. She was a $140,000 Inglis Classic purchase, spotted by Kitchwin Hills’ Mick Malone, and now raced by a group including Neil Werrett and Max Whitby. And she was going up against an odds-on debutante in Facile, the second-top lot by Trapeze Artist (Snitzel) at Easter, sold for $420,000.

But just as most expected Facile – a dual trial-winner, including over earlier Gimcrack Stakes (Gr 3, 1000m) winner Platinum Jubilee (Zoustar) – to keep her lead down the straight, Saltaire gritted her teeth to get the job done by a short head.

Saltaire has now won $298,000 from her two starts, more than double her purchase price – more evidence that Star Turn is a chip off the old block of Star Witness in leaving some outstanding performers, amidst a consistent spread of winners, yet with yearling prices still widely affordable.

“He is showing what a great, consistent sire he is,” Vinery’s bloodstock manager Adam White says of the nine-year-old, in the final stages of a controlled book of around 150, higher quality, mares this season, from a peak of 176 last year.

“He didn’t take long to demonstrate he could get a stakes horse at a good level when his first two-year-olds hit the ground, and to be only beaten by one winner by Capitalist, who had a lot more foals, was a great achievement.

“Startantes came out of that first crop and has now won a Group 1 as a three-year-old, and it’s good to see him pop up with another good two-year-old this year in Saltaire. There’s a few others around the place we know are coming through as well, so he’s really established himself as a very consistent young stallion.”

“He had to do that against older horses as a three-year-old, but he never shirked a task. He was just a very consistent and sound racehorse and that’s coming through in his stock as far as I can see,” White said.

“He was respected as a racehorse, although he didn’t win a Group 1. But nowadays we see a lot of stallions going to stud without winning a Group 1, the best example obviously being I Am Invincible.

“But not winning one wasn’t as much of a hindrance to him when he retired to stud as the fact that that particular year, so many horses went to stud. There were 32 new stallions, 19 in the Hunter Valley alone. It was just a big crop for quality colts, as good as we’ve seen really, with horses like Capitalist, Flying Artie, Astern, Extreme Choice, all those horses retiring the same year.

“That probably had an impact on what he got that first season. But if you go through the list of those stallions now, he’s certainly holding his own and doing as good a job as any of them.

“He’s done it the hard way a little bit, but those really good farms – Milburn Creek, Newhaven, Yarraman – are using him now. That’s a really good indication of the respect he’s got.”

Descending from the Northern Dancer-Nureyev sireline, via Soviet Star, Starcraft and Star Witness, Star Turn also holds outcross appeal. There is one appearance from Danehill (Danzig) in his pedigree, but somewhat buried in his fourth generation as the sire of Star Witness’ damsire Lion Hunter.

He also has an encouraging record in Hong Kong, with four winners from four starters. They’ve won 12 races, including Cordyceps Six in the Hong Kong Vase (Gr 3, 1200m) in May.

Saltaire is the third foal of Testa Rossa (Perugino) mare Testa Sarah, a $125,000 yearling at the Magic Millions Gold Coast sale of 2013. Though unraced, she boasts a 3Sx4D cross of the outstanding Fairy Bridge – the joint top filly on the Irish two-year-old handicap in 1977, who threw the great Sadlers Wells (Northern Dancer) and his full brother Fairy King, sire of Testa Sarah’s damsire Encosta De Lago.

Testa Rossa is clearly Star Turn’s best nick to this point, with seven winners from nine runners, including the one stakes-winner in Saltaire. That’s also similar to his sire, with Testa Rossa ranking second among Star Witness nicks, including through his sole Group 1 winner, Global Glamour.