Scobie Breasley – Best of all? 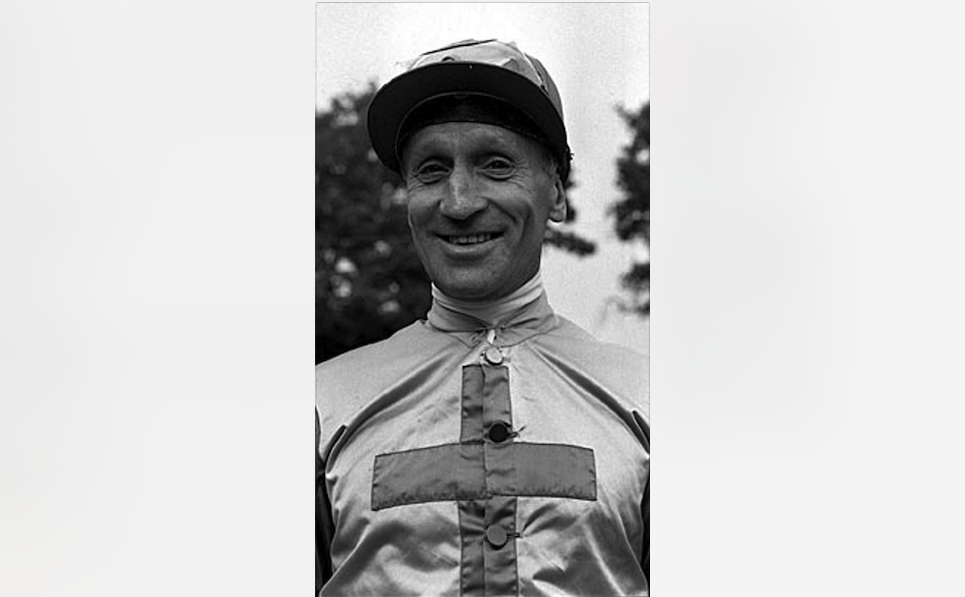 Arthur Edward “Scobie” Breasley (1914–2006) is generally described as the greatest of the Australian jockeys who had sustained and remarkable success in England, Ireland and France from the 1900s to 1970s – the group we’ve dubbed The Incomparables.

My view is that distinction should possibly sit with Rae “Togo” Johnstone who rode 51 Group 1 winners abroad including 30 Classics in England, Ireland and France – compared to Breasley’s 39 including five Classic successes.

However, I’m not writing this to dethrone Breasley. His much better record in Australia and four champion jockey titles in Britain during the Piggott era are central to the arguments of those who favour Breasley and I would not emphatically mount a challenge.

His credits and accolades are endless. The Racing Post ranked Breasley as tenth in their list of the Top 50 jockeys of the 20th century.

Julian Wilson wrote the following in an extensive obituary published in The Guardian: “The rivalry between the “boy wonder”, Piggott, who had won his first Derby at the age of 18, and Breasley, 21 years his senior, was to illuminate the turf for the next 15 years’.

He was a favourite jockey of Queen Elizabeth II, an inaugural inductee into the Racing Australia Hall of Fame and one of only two jockeys elevated to “Legend” status – the other, George Moore.

Legendary broadcaster Sir Peter O’Sullevan named Breasley, along with his chief rival for the “greatest” mantle Johnstone, among his 12 horseracing heroes.

Roger Mortimer, co-author of “Great Racehorses of the World” wrote: “In the course of the season he gives more pleasure to connoisseurs of race riding than any of his contemporaries.”

Les Carlyon, echoing Mortimer’s thoughts, wrote: “Never were a man and horse more at one than when Scobie slipped into the saddle.”

He is listed among the 20 legendary jockeys profiled in “The Complete Encyclopaedia of Horse Racing”.

His friend, and racetrack rival, Ron Hutchinson said: “I couldn’t speak more highly of Scobie as a jockey. In fact I’ve always regarded him as the ultimate, as far as jockeys are concerned”.

Breasley was born at Wagga Wagga on May 7, 1914. One of seven children of a sheep drover, it’s claimed he was riding almost before he could walk and was destined to become a jockey.

Perhaps this was true given this observation from The Weekly Times, in 1945: –

“His father, Mr S. T. (Sid) Breasley had trotters and gallopers, and so young Arthur was reared in an atmosphere of horses and became used to them from the time he could toddle…and his elder brother “Bonny” was regarded as the best rider in the Riverina.”

Nicknamed after the great trainer James Scobie, Breasley left school at 12; began an apprenticeship with Melbourne trainer Pat Quinlan; rode his first winner at 14 and his first major winner – at just 16 – partnering Cragford in the 1930 AJC Metropolitan Handicap. He rode the last winner that day to complete a double but was then suspended for two months for causing interference according to Jack Pollard’s “Pictorial History of Australian Horse Racing”.

Breasley, as is well known, won five Caulfield Cups but failed to win the Melbourne Cup in 16 attempts. He finished closest, as did his mount, when the remarkable Shadow King was beaten a head by Hall Mark, in 1933 – the fabled horse recording his fourth consecutive Cup placing.

He told the Weekly Times, in a later article, that “his most exciting ride was on Shadow King in the 1930 Melbourne Cup. His mount met with interference in the straight, and even then was beaten only a head by Hall Mark. Breasley is certain that but for the check he received at a critical stage he would have beaten Hall Mark.”

Breasley had enjoyed a highly successful career in Australia, winning every major race bar the Melbourne Cup, and been three times champion in Victoria before heading to England in 1950 and living at Roehampton, near Wimbledon.

He was retained by millionaire flour-miller James Voase Rank, brother of film magnate J. Arthur Rank, whose trainer was Noel Cannon and Breasley won at the Liverpool spring meeting on his first two rides.

At the end of 1951, Breasley and his wife May, who was homesick, returned home. But the Breasleys were lured back to England in 1953. Cannon had a new owner in “Lucky” Jack Dewar, a millionaire whisky distiller, who replaced the now-deceased Rank as his senior patron and the Breasleys moved to Putney which remained their principal home for over 30 years.

Soon after, of course, his career could have come to a crashing end.

He had a horrific fall at Alexandra Park in 1954 which left him with a fractured skull, problems with his sight and loss of balance. “The specialists said I wouldn’t ride again and for a time I feared they were right. When I came out of hospital I couldn’t get around without holding on to my wife May or my daughter Loretta’s arm because I couldn’t keep my balance,” Breasely recalled some time later.

From 1956 until 1968 when he retired, he was retained by Sir Gordon Richards, but it was Vincent O’Brien who provided Breasley with Ballymoss and they combined, in 1958, to win the King George and Queen Elizabeth Stakes, the Prix de l’Arc de Triomphe and the Coronation Cup.

Six years later, aged 50, he landed The Derby on Santa Claus and won it again –  two years later – on Charlottown after his friend and compatriot Ron Hutchinson was sacked from the horse.

Charlottown wrenched a shoe off in the paddock before the race and was replated. Apparently, had he spread a shoe at the start he would have had to race on three shoes as they didn’t replate at the start in those days.

Charlottown, at the top of Tattenham Hill, reportedly had 22 horses in front of him. Breasley stuck to the rails, as was his wont, and an opening eventually came. He won by a neck. Breasley had been similarly patient aboard Santa Claus, who won by a length, which bizarrely evoked criticism from many observers including owner John Ismay.

Julian Wilson provides some background: “He won the Derby twice on Santa Claus (1964) and Charlottown (1966); and his success on the former had a remarkable sequel. Santa Claus, trained in Ireland, was a short-priced favourite, and there were rumours before the race that Breasley had been paid by a bookmaker to prevent the horse from winning. At halfway Santa Claus was in a seemingly hopeless position, and although he eventually won, Breasley was never invited to ride him again.

Rumours and controversy were never far away, and the marriage of his daughter to the son of a bookmaker merely fuelled the punters’ suspicions. Nonetheless, Breasley was never indicted, although much humour was generated by an alleged comment of his wife May in 1975. Breasley, by then a trainer, had won the Middle Park Stakes with Hittite Glory at odds of 9–2. Afterwards, the senior steward, Lord Leverhulme, congratulated (his wife) May, adding: “I hope that Scobie had a good bet.” “Nah, m’Lord,” replied May, “I don’t think Scobe’s had a bet since he gave up riding!”

Beasley began training in 1969 at Epsom. Shipping magnate Ravi Tikkoo was his principal owner for whom Scobie won the 1972 Irish Derby with Steel Pulse, ridden by countryman Bill Williamson. He also trained in France, the USA and Barbados.

He retired from training horses after winning the most prestigious race in Barbados – the Gold Cup – for the fourth time in 1993 and returned to live in Melbourne.

“Scobie” Breasley was variously described as a “homely bloke and quiet and undemonstrative” and a man who “understood horses”. He died on 21 December 2006.