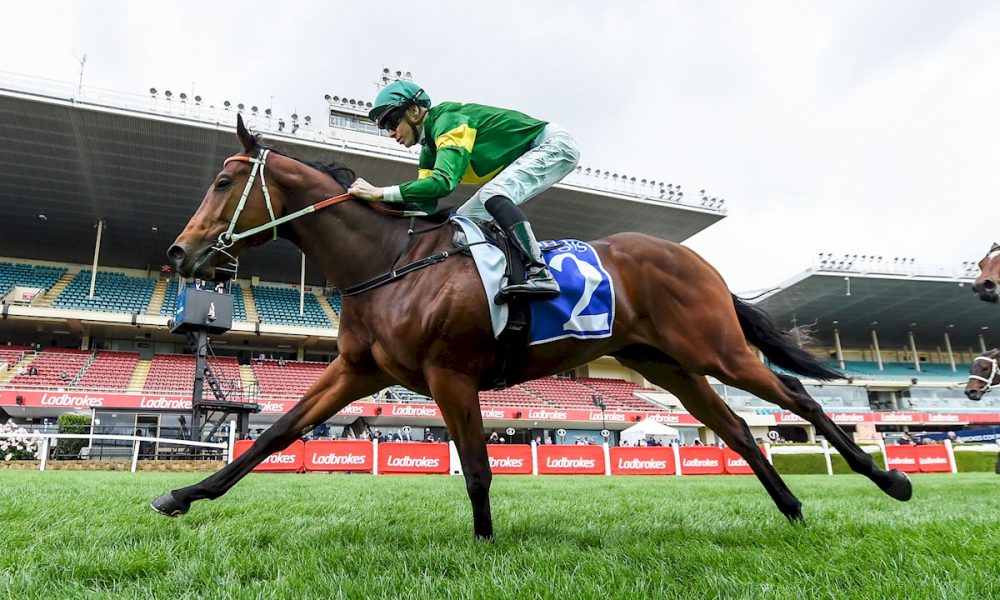 Bred by Victorian titan Rob Crabtree, the three-year-old is another product of the Scandinavia (Snippets) line which hatched Black Caviar (Bel Esprit), All Too Hard (Casino Prince) and many more, and which was begun by David Hains’ bold importation of Danish Oaks winner Love Song (War Path) in the late 1970s.

The Team Hawkes-trained Semillion is a second stakes winner for Arrowfield Stud’s Shalaa, a son of Invincible Spirit (Green Desert), who came fourth on the Australian first season sires’ table for 2020-21, mostly thanks to the exploits of Magic Millions 2YO Classic (RL, 1200m) winner Shaquero.

And she’s the product of a mouth-watering pedigree, as intricate as Chantilly lace. You don’t have to go back to the start of thoroughbreds or anything to see where the magic lies. Only to 1771. You may need a cup of tea – hopefully not an aspirin – but brace yourselves to traverse a couple of centuries and delve into the historic numbered family system.

But first, on more recent history…

Arrowfield’s pedigrees alchemist Peter Jenkins has devised a Mare Quality Index (MQI) rating he applies to female families. The Scandinavia family – with members also including Ole Kirk (Written Tycoon), Magnus (Flying Spur) and his offspring such as Malaguerra and Streets Of Avalon, All Too Hard and his sons like Alligator Blood and Behemoth, and many more – is just about off the charts.

“I haven’t found a family that outscores the Scandinavia family yet,” he tells It’s In The Blood. “It rates above the 20 per cent mark, which means one in five horses in the family are stakes winners.”

Crabtree, who bred Scandinavia and a fair portion of her descendants, including Semillion’s dam Sistonic (Bel Esprit), is similarly effusive about the family.

Sistonic, who raced in Crabtree’s well-known red-and-white checks, is a three-quarter sister to Black Caviar and was not short of ability. Trained by David Hayes, she won at Sale and Moonee Valley, ran a luckless fourth in the Typhoon Tracy Stakes (Gr 3, 1200m), also at the Valley, before a knee injury spelled retirement after just six starts.

“Sistonic was without question as good a horse as you’ll ever have,” Crabtree says. “She was truly of the Scandinavia/Black Caviar family, and she’s a beautiful big mare, much the same as Black Caviar. She didn’t get the opportunity to truly show what she was capable of.”

Crabtree is careful to match up his generously proportioned mare with the right-sized sires. First, she went to Sebring (More Than Ready) – “just a good stallion to get a young mare started” – and threw Seatonic, a dual Sandown winner. She went to I Am Invincible, who’s of considerable size, and had Vintonic, a $400,000 yearling and now a three-year-old colt, who is preparing to debut for Anthony Cummings after a leg injury.

“I Am Invincible is sizeable at about 16.3 hands but he does produce small horses, which is quite interesting. It’s probably his own sireline doing that,” Crabtree says.

The veteran breeder next selected the “more refined” Shalaa for Sistonic. The result was the $300,000 yearling Semillion, who with her Restricted Listed success last Saturday continued the phenomenal black type record of Scandinavia, a Group 2 winner, four times placed at the top level, including in the 1998 Newmarket Handicap.

“Physically it was a good mating and it worked very well,” says the colourful Crabtree, adding: “Sistonic is going to be a top-quality mare. She’s just had a most incredible Blue Point colt, and Vintonic is a superb-looking entire. You watch, when Vintonic wins a Group 1 – and I reckon he’ll win The Galaxy like Magnus did – this is going to be the exploding family in Australia.”

Crabtree says what “appealed to me particularly” about this match was that Semillion has the blue hen Natalma (Native Dancer) five times in her sixth generation – twice in Shalaa’s half and thrice in Sistonic’s.

There are, of course, other rabbit holes to dive down. Let’s blow some dust off the journals of Bruce Lowe, the Australian breeding obsessive of the late 19th century. For the uninitiated – his system having somewhat faded from fashion now – Lowe pored back to the dawn of thoroughbred time to devise a numbered system of mares’ families (or tail female lines), ranking them in order of performance, based mostly on English Classic winners spawned.

When Arrowfield pitched to have Shalaa shuttle from Al Shaqab stud in France, what struck Jenkins – apart from him being the top-rated British two-year-old of 2015 – was some potent in-breeding.

He has 3×3 of Danzig: via his sireline through Green Desert-Invincible Spirit; and as his dam Ghurra’s grandsire (through War Chant).

But, also on the third row, are the full brothers and super British sires Kris (Invincible Spirit’s damsire), and Diesis (Ghurra’s damsire), who were both by Sharpen Up (Atan).

“When there’s a pattern of double close in-breeding there, the first thing you look for is a link between the two duplicated ancestors,” Jenkins says. “So we looked at Danzig and Sharpen Up to try to find common ground, because that’s an intricate genetic relationship we’re talking about: Shalaa’s parents, Invincible Spirit and Ghurra, were both by sons of Danzig out of mares by full brothers.”

Going back through the generations, Jenkins found that common ground: Danzig and Sharpen Up both hailed from Lowe’s family No. 7. It’s the tail female line also known by the catchy name of the matriarch who kicked it all off, D’Arcy’s Blacklegs Royal Mare, foaled circa 1695, for heaven’s sake, who was part of the royal brood at Hampton Court.

Put simply, both Danzig and Sharpen Up traced back to a No. 7 mare foaled in 1893, Lazy Susan (by the great St Simon). The key descendants were Danzig’s third dam Steady Aim (1943) and Rockfel (1935), the dam of Sharpen Up’s damsire. Both Steady Aim and Rockfel were by the same sire in Felstead (1925).

“Essentially, Steady Aim and Rockfel were better than three-quarter blood relatives, if you go back five generations. There’s an incredibly complex similarity between the two of them, all grounded in the No. 7 tail female line,” Jenkins says.

“So, if you’ve got a stallion like Shalaa, who’s got this very powerful duplication of a tail female line, we’re looking to add to that in future matings.”

Australia had various ways to complement it thanks to influential stallions reaching back into the No. 7 family. One was Bletchingly (Biscay) and another Lunchtime (Silly Season). Both are represented in the plethora of Redoute’s Choice (Danehill) mares around, but also, while Lunchtime only sired three Group 1 winners in Australia, the best of them was Snippets, the sire of … Scandinavia.

And thus the three names that most likely work to combine behind Semillion’s ability are Danzig (1977), Sharpen Up (1969) and Lunchtime (1970). All three trace back to – their most “recent” common denominator – that mare foaled in 1771, Pyrrha.

Likewise, Bel Esprit, Sistonic’s sire, also has a trail back into family No. 7, though Sistonic will have drawn more DNA from her granddam Scandinavia.

What else has emerged is that from Shalaa’s five black type horses in Australia – two stakes-winners and three stakes-placed – three have Lunchtime in their dam’s side. Among the 16 Shalaa’s products carrying a line of Lunchtime, that’s a 12.5 per cent black type ratio.

Lowe had only ranked this tail female line seventh when he devised his system in the late 19th century. That wasn’t too bad, since there were 43 families listed. But later, he named nine families he considered essential to breeding a good’un, and No. 7 wasn’t amongst them.

Still, things can change. Jenkins reports the 7 line has grown stronger in the past century. And, while some auction houses no longer bother mentioning Lowe system families, it remains a key tool for some veterans who like to delve back many generations to find their pots of gold.

Semillion could be the latest bit of proof of its lingering value.