Service fees under review in wake of coronavirus crisis 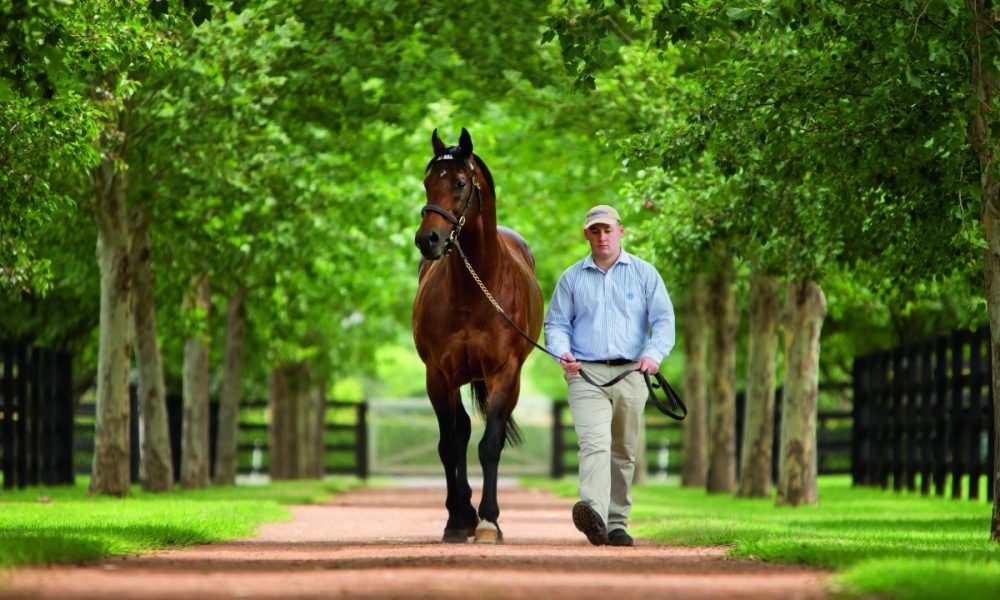 Studs to delay stallion rosters and prices due to market uncertainty

Stud masters are reviewing service fees and delaying the release of their 2020 rosters due to the uncertainty caused by COVID-19, but a number of breeders believe that a correction in the marketplace will be forced upon those standing stallions after a significant upward trend in recent years.

April for thoroughbred industry stakeholders normally signals the all-important Australian Easter Yearling Sale, while the Sydney autumn carnival reaches a crescendo and studs unveil their new stallions and what prices their respective rosters stand for.

But some of those announcements are likely to be put on hold as stallion owners assess the fallout from next week’s Inglis Australian Easter Yearling Sale and garner the appetite from breeders to reinvest in mares and willingness to breed this year.

Darley Australia has in recent years been one of the first studs to announce their service fees but head of sales Alastair Pulford said the Sheikh Mohammed-owned operation had already started re-evaluating a release date for their diverse stallion roster.

“This needs to be properly thought through. We’re not going to be going gung–ho into the marketplace, we’re going to be seeing what evolves over the next few weeks, particularly with the Easter yearling sale and following that the broodmare sales,” Pulford said.

“We’re not going to be in a hurry, but equally, we are getting feedback from our clients that they still do want to prepare for the season coming ahead.

“If there is a positive at the moment, it is that we are planning matings that occur in September and those foals are going to be born from August 2021 (and sold as yearlings in 2023), so we’re planning on the future, rather than the immediate.”

He added: “Hopefully the market will have fully recovered by then (2023) and if the fees do drop a bit this year, then people will be in a great position to recoup some of the losses that are inevitable in the next three to six months.”

The most recent economic downturn was the Global Financial Crisis (GFC) in late 2008 and 2009, which saw Australasian stud masters slash service fees across the board with few exceptions, and that could again be the case 11 years later as a result of COVID-19.

Of the 12 Australasian stallions to feature on the top ten general sires tables in seasons 2007-08 and 2008-09 only two had their service fees increased – remarkable Vinery Stud shuttler More Than Ready (Southern Halo) and Coolmore’s Choisir (Danehill Dancer).

Willow Park Stud’s Glenn Burrows believes the number of mares bred in 2020 will fall, continuing a trend that has occurred in Australian breeding in the past few years, and that a correction of service fees will also be a necessity given the plunging economy.

He expects the number of stallions at stud will also drop to a figure that is 20 per cent less than six years ago.

“This polarisation is happening all over the world and the well-proven horses and commercial first season sires will still be very keenly sought after, but the fees of the second through fourth season sires, and the ones on the knife edge or worse with runners, will see their fees cut,” Burrows said.

“Successful stallions like I Am Invincible and Exceed And Excel should be able to stand their ground at the same fees, whilst I suppose a stallion like Pierro is maybe one that can buck the trend and possibly go up.

“There are several other stallions that are on the cusp and as a consequence they could maintain their 2019 fees, but across the board the majority will need to reduce to entice breeders’ support.”

Burrows also suggested the number of individual breeders could also decline as a result of the coronavirus impact on the economy and “this latest hiccup won’t help in maintaining or increasing the number”.

“Every cloud has a silver lining, however, and I believe there are terrific opportunities for buyers of the Easter yearlings as well as for the breeders down the track,” he said.

“We have such a resilient industry due to our terrific domestic prize-money together with the global success of our product on the track. I really believe we will bounce back from the coronavirus very quickly as we certainly have with setbacks in the past.

“History says by that time we will be well and truly back to normal, so now’s the time to buy top-end yearlings and broodmares at a discounted rate that we may not see repeated again for some time.”

Pulford, too, is not as pessimistic as some about the immediate future of the industry even though he predicted mare numbers may decline slightly this year.

“I suppose everyone has their own personal circumstances and maybe that will be the case, but equally, having empty broodmares is not a very worthwhile proposition,” he said.

“The country needs racehorses and numbers have dropped over the last few years.

“While that is starting to turn the corner and starting to rise again, and that it might take a little hit this year, I still believe it will be pretty solid.”

Not unlike rival Darley, Coolmore traditionally uses the lead-up to the Easter sale to launch their new stallions – The Everest (1200m) winner Yes Yes Yes (Rubick) being the farm’s high-profile retiree this year – before confirming fees for the remainder of their roster soon after.

But it is believed that the international operation will delay its announcements until after the Easter sale is conducted and the resulting ramifications of a weakened market are understood.

Group 1-winning sprinter Pierata (Pierro) will also be retired to Aquis Farm while Castelvecchio (Dundeel) is slated to retire to Arrowfield Stud after his racing career is over, but it is yet to be confirmed whether that will be this year or next.

One prominent industry figure said service fees would have to be reduced this year as a result of the crisis while they also predicted that the number of mares being bred would also fall.

“To me, there is a little worry about the cost of service fees. I think we need to be mindful of that going forward as it has an impact on people buying mares and we have seen that through the middle part of the market,” Wallace told ANZ Bloodstock News at the time.