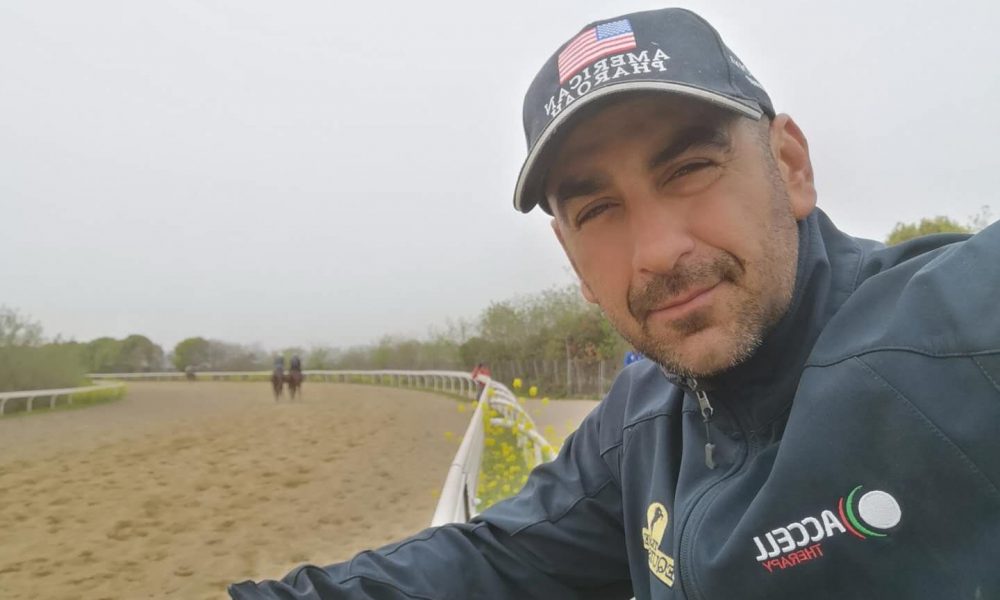 The world may be in a state of ongoing uncertainty and non-essential product and service sectors could bear the brunt of the economic downturn, but an expatriate is confident that demand for bloodstock from the key market of China will continue to grow.

Rui Severino, a trainer for Yulong in China who has also worked for another prominent owner in Lin Lang’s Inner Mongolia Rider Horse group, believes the appetite from an increasing number of wealthy individuals from the world power wanting to buy and breed thoroughbreds is on the increase.

An East Timor-born Australian, who previously trained in Darwin before stints as an assistant to Lloyd Kennewell and Stephen Theodore in Adelaide and Victoria respectively, Severino believes the coronavirus pandemic and its implications “won’t stop” China’s growing interest in racing.

“This year has been a big setback for all the big investors like Mr Wolf (Rider Horse) and Mr Zhang (Yulong) who have put in so much money into the sport in China, but there’s also many, many others – small club owners and owners – that own racing stables, for example, inside the Yulong Jockey Club and some have quite big teams of 40 and 50 horses,” said Severino, who is midway through his 14-day quarantine stint in a Sydney hotel as he awaits being reunited with his family in Melbourne.

“They spent so much money on horses last year, but that hasn’t stopped them looking forward and keeping on investing.

“At the moment many of them are racing horses here in Australia as they haven’t been able to get them back to China.”

Lin Lang, known as Mr Wolf, and Yuesheng Zhang are arguably the highest-profile Chinese owners who have significant international racing and breeding interests, primarily in New Zealand and Australia.

But compatriots Zhiqiang An, who races exciting juvenile Wisdom Of Water (Headwater), and Gu Tao’s Breeze Up Bloodstock have also been significant buyers at Australasian sales in recent times.

“In China, the number of tracks being built is still growing. As we speak, there’s a new racetrack going in now and it is huge,” Severino said.

“It is in Shanxi Province (where Yulong Racecourse is also located) in a city called Xi’an. They make big trucks look like little cars and it is only half way through construction.

“The bigger owners, like Mr Zhang and Mr Wolf and the others, have long-term projects especially Mr Zhang who has invested immensely in his own Yulong operation.

“He is still growing his broodmare band whether it is in Australia, Ireland or China. He is breeding a lot of horses in China itself as well as Australia, as we know, and it’s not something that’s going to slow down. I have no doubt that (the Chinese market) will get bigger.”

Severino was caught in the Covid-19 crisis in Wuhan where he was training a stable of horses for Mr Zhang before returning north to Yulong Racecourse in Shanxi Province where he also cared for his team under strict quarantine restrictions.

“I am in Sydney at the moment. They’ve placed me in a nice hotel, so I can’t complain. You’ve got to be here for 14 days and I’m walking the box big time. I have got seven days to go,” he said.

“I have done my fair bit of quarantine this year. Wuhan was quite a tough time, but I had it easy compared to a lot of people because I wasn’t locked in an apartment. I was at our training centre, so we were able to work every day.

“We were just confined to our training centre. Nobody could get out, nobody could get in. I kept myself busy and the horses ticking over, so that was quite good.

“After Wuhan we went back to Yulong Jockey Club up north in the hope that racing would start soon, but it doesn’t seem that it will resume this year.”

Not only is the prominence of Chinese owners on the rise, Severino predicts the country’s horse people would also come to the fore in the years to come.

He said: “About 20 years ago, one of the biggest racecourses they built in Asia was in Beijing, but they have since closed it. They had expats from all over the world training there, but that track has produced a lot of guys who have since become trainers.

“I was pitted against Chinese trainers who had been to Ireland, America and Australia before returning to train.

“They are very knowledgeable trainers, so it’s really satisfying to see the younger generation coming through and that’s where companies like Yulong and Rider Horse play a big role.

“Yulong, particularly, focuses on young kids by giving them a lot of support to come through ranks. Mr Zhang is always looking to the future.”

Meanwhile, Severino is excited about being back in Australia which potentially could become a more permanent move with Chinese racing remaining grounded.

“It was the boss’s idea to come back and see my family. I haven’t seen my kids for a long time, so that is why I’ve made the move back as my kids are in Melbourne,” he said.

“I’m still assessing a few different options and I will make a decision after the quarantine period.”