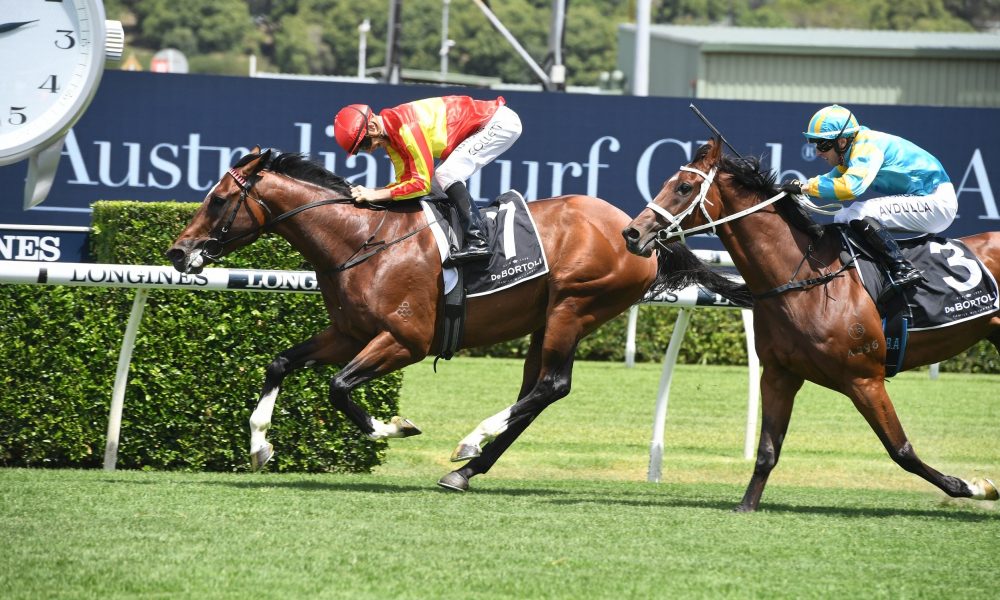 They’re being put under the microscope again, and in this instance starting to bear results, with a horse named Significance – who’s showing he needs to be as carefully prepared as he was bred.

He’s onto his second trainer in Clare Cunningham, after his bullish ways apparently earned him a ticket out of John O’Shea’s stable, following one Wyong win and two placings from nine starts. Under Cunningham, he’s been on the upswing, with three wins and two placings in eight runs – the wins coming in his three of his past four starts including the completion of an eight-day double through Saturday’s Christmas Cup (Listed, 2400m).

There was also a great amount of care and precision involved in the creation of the four-year-old, bred by Bruce Wilson, of Victoria’s Glentree Pastoral. Wilson has worked amid close advice with Arrowfield’s expert pedigree analyst Peter Jenkins for years now. Breeding icon Nick Columb, a close associate of Arrowfield, was also a key factor in their annual planning get-togethers until his passing two years ago.

A half–dozen years ago, one such meeting concluded Glentree should strike out to Europe to achieve a substantial boost to its dam band.

At the Arqana broodmare sale in Deauville, in December 2014, a price of €230,000 secured the foundation mare for this endeavour, Aqua Bella. She was unraced but of refined heritage, the eighth of an eventual 13 named foals from the outstanding Danehill mare Aquarelliste. The ninth became the stakes-winning Dubawi filly, Ame Bleue.

“What I liked about Aqua Bella,” Jenkins tells ANZ Bloodstock News, “was she had that female line to Danehill, in that she was out of arguably Danehill’s best daughter in the northern hemisphere.”

Jenkins was at the tasting stage of a theory about the monolithic Danehill. Duplicating him in a pedigree could be dangerous or delicious, depending on how it was done.

“Quite early on I noticed that duplicating Danehill in pedigrees didn’t have a great outcome,” Jenkins says. “But if you dig down, you find it’s actually that a double-male of Danehill (having two of his sons in the first four or five generations) is a relatively poor cross. If you can sex balance the lines of Danehill, or even get a double female cross – of Danehill through two of his daughters – you’re far better off.”

Jenkins was inspired in part by a recent gilded template that suggested in-breeding to Danehill could be successful, when not all male. In 2013 – a year before Aqua Bella’s purchase – four Group 1s had been claimed by Godolphin filly Guelph, whose pedigree featured a 2×3 sex-balanced cross of Danehill offspring, through sire Exceed and Excel and second dam Camarena.

And so, on buying Aqua Bella in France, there was an extremely tantalising potential mate for the rising four-year-old across the English Channel, a certain son of Galileo who’d been unbeaten in 14 starts.

Frankel would complete that double cross of Danehill daughters, since his dam Kind was by the great sire.

He had only retired two years earlier, so was unproven at stud, but the portents added up for securing one of only a handful of Southern Hemisphere-timed matings with him in 2015. Aqua Bella then made the long trip to Glentree, where right on time on August 10, 2016, Significance was born.

A handsome, big type bearing several of his famous sire’s markings, it was not surprising the colt (one of only two Frankels at the Inglis Australian Easter Yearling Sale in 2018) fetched $1.1 million amidst the Arrowfield draft, sold to Domeland. It was a strong result even considering the price of the mare, and Frankel’s then £125,000 service fee (plus air fares) made the cost of creating the yearling around $650,000.

“We wouldn’t have done it if it was a double male cross,” Jenkins says. “But being a double female we thought it wasn’t going to be a negative.”

Other factors added allure to the Frankel-Aqua Bella mating. Jenkins had detected Galileo matched well with Danzig-line mares, not just through Danzig’s most famous offspring Danehill but another son in Green Desert. He’s the sire of Aqua Bella’s sire Oasis Dream, and thus Danzig fills three of the 16 slots in Significance’s fourth generation.

“This is the curious thing,” says Jenkins. “You seem to be able to duplicate Danzig as much as you want and it doesn’t do a lot of harm.”

Far more care has to be taken with Danehill, within the first four or so generations. That’s because while Danzig has no duplications in the first five generations of his pedigree, Danehill is the product of some successful inbreeding himself (though we’d better call it line-breeding). He had the great Blue Hen Natalma as a dual great-grandparent, as the dam of Danzig’s sire Northern Dancer, and of maternal granddam Spring Adieu.

Far more success generally comes with inbreeding with an outcrossed horse, such as Danzig, or Sadler’s Wells, who’s fairly distant 4×5 to Hyperion is his only five-generation duplication. For example, there’s a tight 3×2 cross to Sadler’s Wells in the bloodline of no less a star than Enable.

“So inbreeding to inbreeding is probably not good, across the board, but there are exceptions,” Jenkins says.

Apropos Danehill, one is the double-daughter cross, evidenced in Significance via Kind and Aquarelliste. Or there’s the sex-balanced mix of a son and daughter, although this demands some precision, and a bit more dilution of the Danehill blood.

Jenkins points to Arrowfield’s sires Snitzel and Not A Single Doubt, both by a Danehill son in Redoute’s Choice.

“You can get Danehill duplications to work, but mostly through the Danehill strain in the mare being a female one, or a male strain that occurs through the mare’s own dam,” he says. “It is a negative with Danehill being in the sireline of an individual’s dam; it’s more effective with Danehill being in the pedigree of the dam’s mother, in that fourth quadrant of the individual’s pedigree.”

“That’s a striking peculiarity that’s emerged. It’s the case with Significance, and with horses by Snitzel and Not A Single Doubt, the only successful Danehill duplications have also come through that exact pattern.”

A Danehill study by Jenkins conducted up to April this year shows proof.

Horses bearing a double-male Danehill duplication had a historic stakes-winners to runners ratio of 2.24 per cent. Recent cases include this year’s Golden Slipper winner Farnan (a 3×4 by a Not A Single Doubt), and fellow Group 1 winners Prompt Response (a 3×3 by Redoute’s Choice’s son Beneteau), Amphitrite and The Mission.

Horses with a sex-balanced Danehill duplication had a stakes-winners to runners ratio of 3.59 per cent. That’s more than 50 per cent bigger than the double-male ratio. The quality is higher too, with examples including Verry Elleegant, Sunlight, Guelph and Bivouac. The double-daughter ratio was similarly stronger than double-male, at 3.47 per cent.

While these ratios might not seem huge at face value (Redoute’s Choice, for example, has his own stakes-winners to runner ratio of around 11.7%), when you consider the data includes the records of all of Danehill’s multitudinous offspring – the many flops included – we can then see how concentrating on his proven sires can bear rich fruit.

Not A Single Doubt, for example, when put with non-Danehill line mares who have a line of Danehill maternally, has a whopping stakes-winners to runners ratio of 18.75 per cent. For Snitzel, it’s 9.09 per cent.

In the end, much of all this comes back to the scientific evidence that far more data is carried in an X chromosome, (of which females have two), than in a Y (males having one of each).

Back to Significance, sadly the chances to test these theories some more were curtailed in the spring when Aqua Bella died giving birth to a Zoustar filly.

Her yearling colt by the Danehill-free Written Tycoon will be offered at the Gold Coast next month.

And Glentree has retained Aqua Bella’s remaining offspring, a filly who was retired unraced due to injuries, but who might put Jenkins’ theories to the test in the breeding barn, given that she’s by Snitzel.