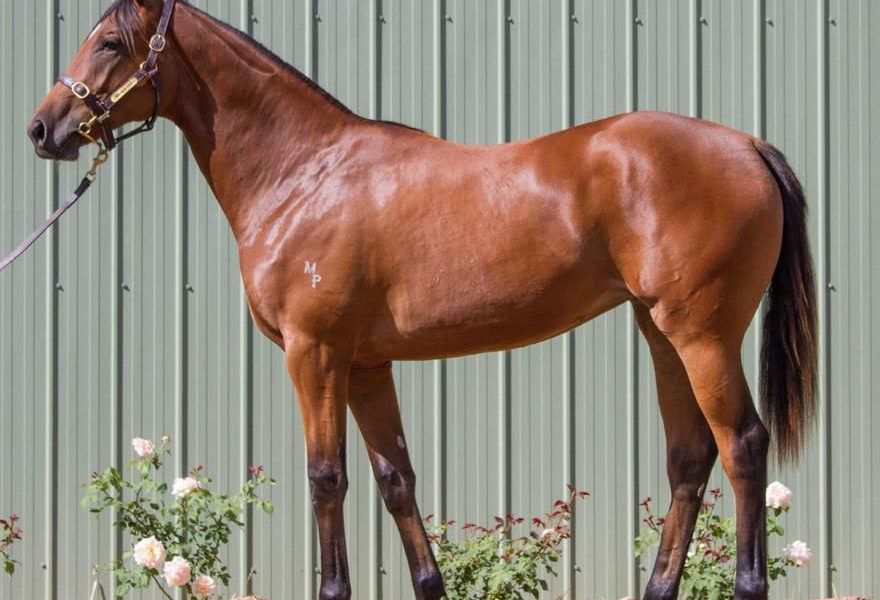 Miranda Park may be immediately rewarded for their purchase of Galileo (Sadler’s Wells) mare She’s Sirius, after the resulting Pride Of Dubai (Street Cry) foal from their $75,000 ‘2 in 1’ buy out of the 2017 Inglis Australian Broodmare Sale scored a resounding success on debut at Bendigo on Wednesday.

Sirileo Miss (3 f ex She’s Sirius by Galileo), trained by Symon Wilde from his Warrnambool base, travelled three wide for most of the 1400-metre trip, before moving away smarty in the straight to claim an impressive two-and-a-quarter length victory on debut.

The green-running Foxy Frida (Foxwedge) made an impression to move into second, a further two and three-quarter lengths ahead of Madame Bolli (Written Tycoon) in third.

The three-year-old filly, part of champion first season sire Pride Of Dubai’s first crop, was a $60,000 purchase by Symon Wilde from the Inglis Melbourne Premier Sale in 2019.

Writing on his website, Wilde said: “She is a filly that showed physical quality from the start. She is a tall, athletic filly with a great temperament.

“It was a small but competitive field on paper. Sirileo Miss was very professional on debut; she jumped well, was caught wide early but when she was able to get into the trailing position she relaxed well for Jamie Mott.

“Coming to the bend you could see that she was travelling well and when asked for an effort Sirileo Miss put the race away very quickly.”

The victory marked a sensational ten days for the Miranda Park mare, with Sirileo Miss recording a third victory in that period for progeny of She’s Sirius, following wins for Oh Cecilia (Zoffany) at Geelong on Saturday and Listed runner-up Sophia’s Choice (Fastnet Rock) at Mornington on November 1.

Sirileo Miss follows Listed winner Fancy Man and the John Thompson-trained Cosmic Sands as winners for Pride Of Dubai out of Galileo mares.

She’s Sirius saw Press Statement (Hinchinbrook) filly, now named as Notions, sell for $70,000 to Aquis Farm at the 2020 Inglis Melbourne Premier Sale, while she has a Divine Prophet (Choisir) filly foal and was due to foal to Merchant Navy (Fastnet Rock) this year.