Six of the Best at Magic Millions 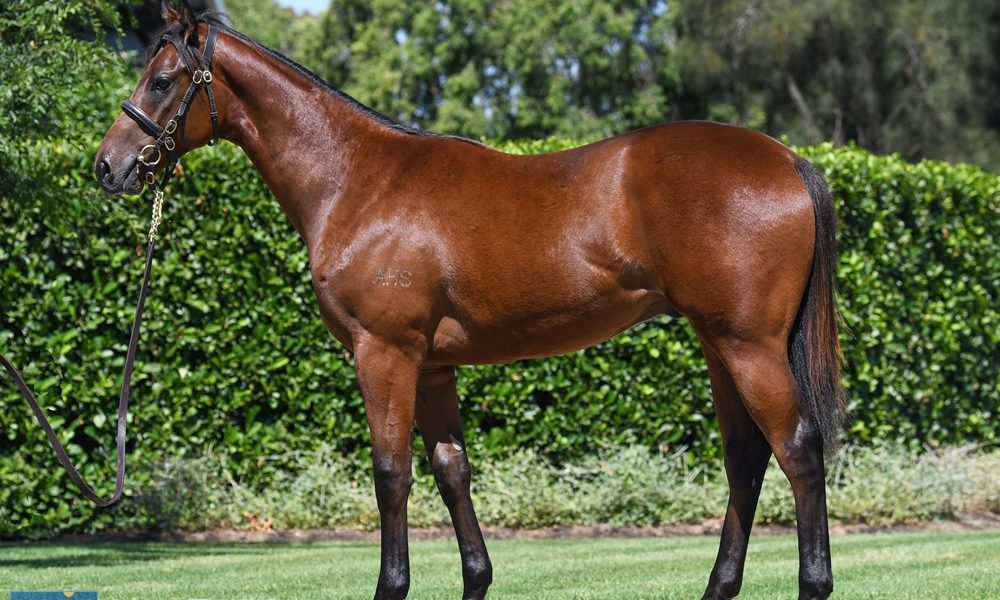 Here, in no particular order, is a guide to a handy half-dozen likely to catch the eye at the Magic Millions sale.

Lot 1: c. Justify-Eckstein (by I Am Invincible)
On account of Coolmore Stud

The first cab off the rank could be a Ferrari.

Not just at the Millions, but across the land.

Being the first lot can be something of a poisoned chalice, with buyers often looking to sniff the wind a little longer. But Coolmore is hoping any cobwebs might be whooshed off by its innovative Ferrari bonus: one said car to the owner of the first offspring of Justify to win a Group 1 (or something similar, like an Everest, from a list of 16 eligible races).

The colt, and Coolmore, have drawn a form of pole position that’s perhaps less coveted than usual by dint of the Magic Millions alphabetical dam rotation this year landing on the letter E.

But in any event, from his pedigree the colt looks likely to go fast without being towed by a Ferrari.

He’s from the first southern crop of the USA’s 2018 Horse of the Year, the undefeated Triple Crown-winning Justify (Scat Daddy), whose weanlings fetched up to $300,000 in Australia last year.

There’ll be 25 yearlings by US Triple Crown winner Justify offered at this sale, and few could boast a stronger pedigree than this one. He’s the first foal of sprinter-miler Eckstein (I Am Invincible), the million-dollar winner of eight races including five at stakes level, who was beaten a nose in the Myer Classic (Gr 1, 1600m), and whose third dam was the outstanding triple Group 1 winner Canny Lass (Bletchingly).

“He’s a fantastic representation as a first foal – very well put-together and with a lot of strength about him,” said Coolmore’s Paddy Oman.

“Hopefully he’ll set a good trend for what else will happen with the Justify yearlings.”

As has often been their way, the team at Rosemont Stud may have struck some outrageous fortune with this piece of breeding.

A year ago, theirs was the only one of five lots by Frankel (Galileo) at the Magic Millions sale not to sell, falling $50,000 short of a $550,000 reserve. He’s now Rampant Lion and, after carrying Rosemont’s colours to a debut third in the Maribyrnong Trial Stakes (Listed, 1000m), he’s among market fancies for the Blue Diamond Stakes (Gr 1, 1200m) in February.

A couple of months after that unveiling, Frankel was crowned the No.1 stallion on the Global Premiership, siring eight elite-level winners in 2021 to make 20 in total.

In early 2020, Rosemont imported the British mare Bellwether (Three Valleys) in foal to Frankel, and the result is this colt who’s inherited his superstar father’s looks – a bay with four white socks, with a dash of white on the face for good measure.

Rosemont’s Anthony Mithen explains that, as fate would have it, the colt is one of only two Frankel yearlings in Australia this year. And, with the other to be retained by Strawberry Hill stud, Mithen said he’ll be the only Frankel offered not just here but the southern hemisphere in 2022.

“He’s just a beautiful colt and he’s got us all very excited,” said Mithen. “He moves beautifully, like a panther, with a big, long stride, and a great overstep, and you could really see him being a Guineas-type of horse as a three-year-old. Mind you, Frankel’s producing them at all ages and all trips.

“The buyers weren’t coming for Frankel last year, but I think the world’s woken up to him as an elite sire in the past 12 months.”

Lot 159: c. Shalaa-Jemison (by Commands)
On account of Arrowfield Stud

Dual Hong Kong Group 1 winner Contentment (Hussonet) sold as a yearling in Australia for $65,000. It’s extremely doubtful his younger half-brother will go anywhere near as cheaply.

Arrowfield is excited about this colt by its burgeoning shuttler Shalaa (Invincible Spirit), the eighth foal from the Commands (Danehill) mare Jemison.

Shalaa is currently second among Australian two-year-old sires after finishing ninth on that table and fourth for first season sires last season.

Aside from last year’s Magic Millions 2YO Classic (RL, 1200m) winner Shaquero, three other stakes winners have been bred on the cross of Shalaa with Danehill-line mares, including Irish Matron Stakes (Gr 1, 1m) winner No Speak Alexander.

Lot 25: f. I Am Invincible-Extremely (By Hussonet)
On account of Yulong

Yulong offers this juicy lot who’s closely tied to some of the most valuable blood in Australia at present, being a half-sister to siring sensation Extreme Choice (Not A Single Doubt).

The unraced Extremely has had six others to race including the stakes-placed Raise No Doubt (Not A Single Doubt). I Am Invincible, Australia’s top two-year-old sire in 2018-19, of course, needs no introduction.

“Extreme Choice wasn’t a big horse and this filly’s the same,” said Yulong’s chief operating officer Sam Fairgray. “She’s not that big but she’s got a lot of strength about her and a lot of quality. She’s really sharp, fast-looking, with a really nice head and very nicely proportioned.”

As Fairgray points out, the I Am Invincible cross with Hussonet (Mr. Prospector) mares is proven through seven winners from 11 runners, with two stakes winners including Pure Elation, winner of two Group 2s from six starts.

“When you get these stallions who look like they’re going to be stars, like Extreme Choice, getting any close relation to them is always going to be sought after,” Fairgray says.

“And when this filly retires she’s going to be a dynamite broodmare, since she’s an outcross type who’ll be free of Danehill.”

Lot 452: c. I Am Invincible-Roudha (Galileo)
On account of Emirates Park

Melito won two Group 1s in the TJ Smith (1200m) and Brisbane’s Winter Stakes (1400m) and was placed in seven others before going to stud. She threw Campbell Junior (Encosta De Lago), a $400,000 Magic Millions yearling exported to Japan, where he won five races and was stakes-placed.

Continuing the international bent, Melito was sold to Coolmore in 2012 and exported to Ireland, where she produced Roudha (Galileo). Emirates Park parted with half a million pounds at the Tattersalls Book 1 October Yearling Sale to secure her and she’s now had two foals here – the Team Snowden-trained, soon-to-race Tajneed (I Am Invincible), and this, her full brother.

“He’s a very nice colt, one of those horses who knows he’s good,” Carlson said. “The good ones always stand out.

“He’s very much like Melito, and when you see him getting around at home he just struts around like he’s a four-year-old. He’s very switched on, intelligent, and has that presence about him. He’s just one of those you stand there and look at.

“He’s got a good length of rein and also a good bit of scope, and that’s probably from Galileo. I don’t know about early two-year-old, but this colt is going to be a bloody nice horse.”

Lot 125: c. Deep Field-I Am A Star (by I Am Invincible)
On account of Newgate Farm

Newgate Farm is a firming tip to sell the top lot of this sale. It’s Lot 585, a colt managing director Henry Field describes as an “Adonis”, out of the French mare Suspicieuse (Elusive City), who’s had two other foals including dual stakes-winning sprinter Dubious (Not A Single Doubt).

But since he’s been widely whispered about already, and is yet another from a cracking selection by I Am Invincible, in the interest of stallion diversity we’ll look at another from the farm’s draft.

Lot 125 is the first foal of the former outstanding mare I Am A Star (by guess who?) She won ten races including the 2016 Myer Classic (Gr 1, 1600m), before being put to Deep Field (Northern Meteor) by Newgate part-founder Matthew Sandblom.

Deep Field (Northern Meteor) was No.4 on the first season sires’ list in 2018-19, came second among second-season sires, then topped the third-season charts last season, by winners and earnings.

He broke through at the elite-level when Portland Sky shared victory in the Oakleigh Plate (Gr 1, 1100m) last year, and sired another Group 1 winner when Sky Field took the recent Hong Kong Sprint (Gr 1, 1200m), but Field has no doubt about the quality of this lot.

“He’s out of the best mare that Deep Field has ever covered,” Field said. “And he has the looks to match his pedigree.

“He’s got the mare’s shape but the stallion’s strength, and has got a lot of power from that Deep Field, Northern Meteor line.”