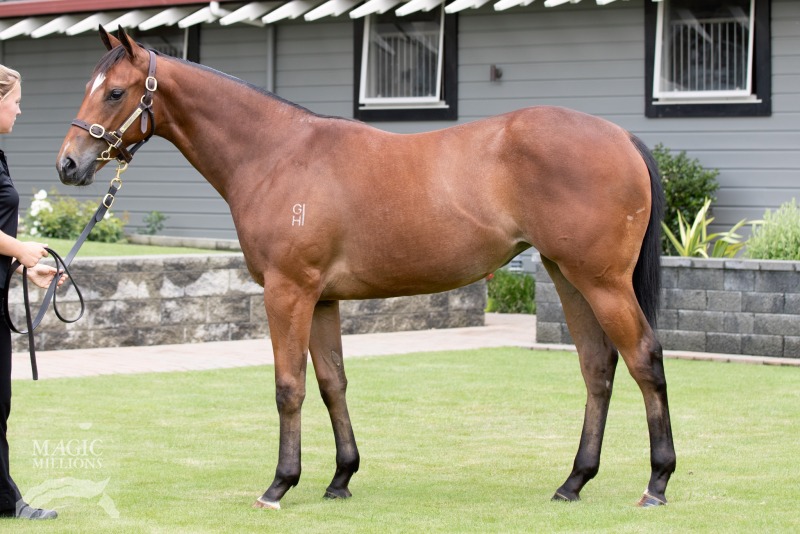 In the process, she earned ANZ Bloodstock News’ Maiden of the Week title, with the Toby and Trent Edmonds-trained filly looking capable of measuring up to better races as a three-year-old. Trent Edmonds said post-race that the Magic Millions Guineas (RL, 1400m) was likely to be her target.

“Today’s win was a relief. She has been getting terrible barriers and having no luck,” Trent Edmonds said. “Smart ‘N’ Sexy was overdue for a win. You like to see smart horses rewarded with wins.

“She is a black-type winner now so we might turn her out and bring her back for the Magic Millions Guineas in the summer.”

One of the first to break from a middle gate, Robbie Fradd restrained Smart ‘N’ Sexy to beyond midfield near the inside. While she has been erratic in the past and still raced greenly here, it proved the right move as the speed was solid throughout.

She was ridden along from the 700 metres and was hardly travelling like the winner. Even inside the 250 metres, she looked to be in all sorts of trouble in an awkward position behind horses and racing erratically.

However, when she picked up in the concluding stages, she was tough to the line, defeating One Shy Ruby (Rubick) by a long head with a further long neck back to Be Water My Friend (Headwater) in third.

“She might go on to win a really good race,” Fradd said.

She qualified for the race having been bought for $105,000 at the Magic Millions Gold Coast Yearling Sale by former trainer Liam Birchley under his LB Racing banner.

Further back, the family includes Group 1 scorers Shadows In The Sun (Dane Shadow), We Can Say It Now (Starcraft) and Manawapoi (Battle-Waggon).