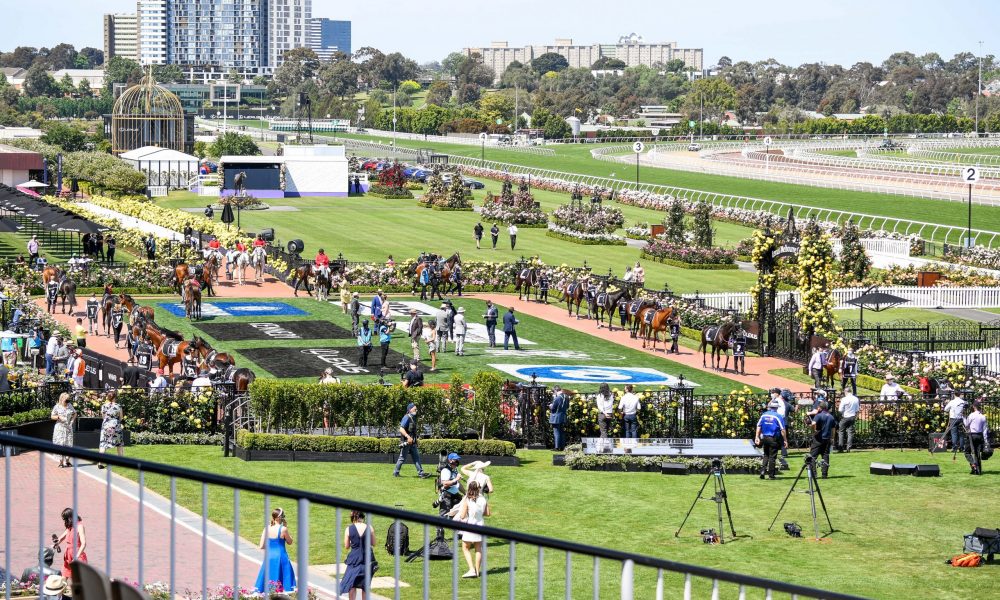 What a delight it was to watch racing from Sandown last Saturday.

What a tragedy it would be if it were to be sold.

Sandown is the best racetrack in Australia (in my opinion). It is the best servant to the Victorian industry.

It generates the most exciting racing which, for whatever reason, translates better on television than any other track and – let’s face it – we are doomed to become largely a television sport.

An asset sold is lost forever and invariably regretted.

Peter Le Grand and his Melbourne Racing Club committee can leave a lasting legacy or have history shame them.

The MRC, like all clubs, has a responsibility to the greater good of racing, not simply to their members. If for no other reason than that without strong, vibrant racing they won’t have any members to worry about.

Of more immediate concern is racing’s social licence and our hold on same which is growing, not fatally but worryingly, more tenuous.

The industry has acted excellently in handling the rehoming of racehorses and few reasonable people now do not fail to understand how well horses are cared for in racing stables.

As a consequence of racing taking better charge of animal welfare, that very issue – which threatened so darkly in the wake of last year’s 7.30 Report – ironically assisted in our push to justify the continuation of racing through this year’s pandemic.

However, a number of issues emerged or re-emerged during spring racing which demand action. They were led by the death of Anthony Van Dyck after the Melbourne Cup.

Yes, “today’s news is tomorrow’s fish and chip wrapper” is as real now as when Friday night’s dinner was indeed wrapped in old newspapers.

However, racing cannot afford to take this approach as others will keep the story of Melbourne Cup fatalities and associated breakdowns alive.

Action must be taken.

New Zealand Thoroughbred Racing’s Victoria Carter told Monday’s Asian Racing Federation Webinar: “There are some minority groups with strong views on racing and we would be unwise to ignore them.”

This is just one of several social licence concerns which may not yet threaten catastrophe – in fact I’m sure they are well short of that – but they are real and if you don’t believe so then I humbly suggest you may need to spend more time outside your racing, social bubble.

The racing industry must acknowledge and act on these issues; reinforce government backing; alter its emphasis on gambling and perhaps – above all – expand and promote its positive contribution to the economy and community.

Among the key issues are:

The whip.
Racing Victoria is absolutely right to be pursuing reform of the whip rules with the ultimate aim of only allowing jockeys to carry one for safety purposes. This must happen. Forget the pub test, try justifying its use to children.

This is not to appease minority groups – as much as I agree they cannot be ignored – but to reflect mainstream community attitudes. It is the broad population we cannot afford to alienate. It is a course of action advocated by the RSPCA which is not an “extremist” organisation nor one which has called for a ban on racing full stop.

Contribution to the broader community.
While Tabcorp’s support to charities and community organisations totalled approximately $12.6 million in FY 2020 (aside from wagering revenue generated for governments) racing’s contribution to the community is largely invisible in this country. What better counter to any negative perceptions of the sport than highlighting its benefits to the economy and society.

The gambling stigma.
The social, fashion, dining and great sporting, competitive elements of racing need to be highlighted, along with the countless number of compelling horse and human interest stories. Our racing television coverage is saturated with uninteresting form analysis which is unappealing and entirely illogical given that the so-called professional punters aren’t interested in anyone else’s opinion and the fun bettors, like me, are only interested in the occasional push for a roughie. A five-minute diatribe on why a 6/4 chance is a good thing based on sectional timing data and (good heavens) average starting price is a waste of precious air time which should be filled with interviews or feature vignettes on industry personnel.

Obscene levels of prize-money for a number of races and state to state rivalry.
A trim from the top to greater spread the prize-money (and perhaps even to make a greater contribution to worthwhile causes) would not reduce the general stimulus which underpins yearling sales. It might, however, stem the flow of money from this country on international purchases and enhance racing’s community standing.

Government support.
Governments will respond to the positives of job creation, economic stimulus and community engagement as advocated by one voice rather than by bickering states or by bickering bodies within the states.