Spring is in their step 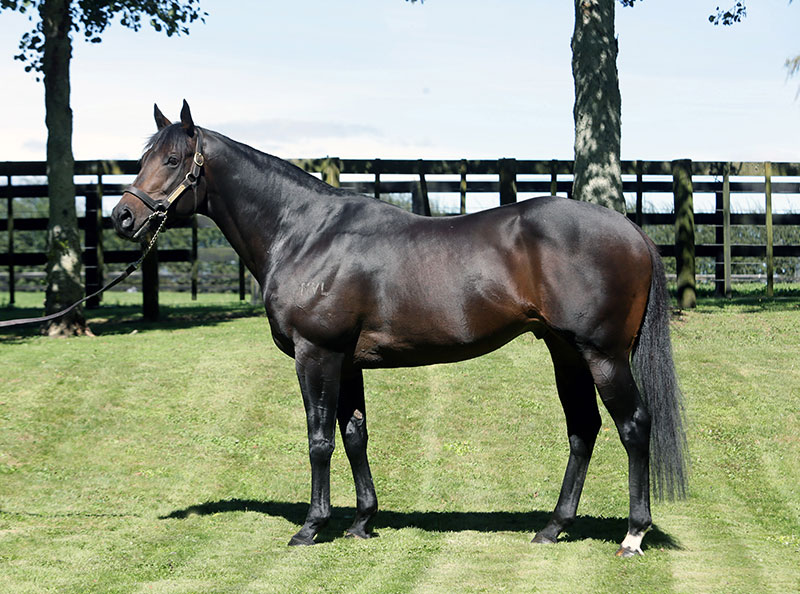 At least three Kiwi studmasters will have an extra spring in their step after the racetrack results of the last few days. Windsor Park Stud’s Rodney Schick might even have both feet off the ground.

Rich Hill Stud’s John Thompson will be proud after Proisir (Choisir) sired his first Group 1 winner, while Schick will be ecstatic that Mongolian Khan (Holy Roman Emperor) is off the mark with his first stakes winner plus, a Trentham bonus, his Shamexpress (O’Reilly) claiming a budding star in the shape of Wellington Guineas (Gr 2, 1400m) winner Shamus.

Little Avondale Stud’s Sam Williams will be more than content knowing that his Time Test (Dubawi) is off and running when Time Ruler nabbed a spot in next week’s Karaka Million (RL, 1200m) with a convincing five-and-a-half-length win at Tauranga on Friday. He might also be gnashing his teeth after the Telegraph Stakes (Gr 1, 1200m) when Roch ‘n’ Horse (Per Incanto) went oh so close in a head-bobber.

Karaka’s delayed sales means that all will have to wait an extra few weeks to highlight their sales patter and catalogue updates.

Trentham racecourse has sometimes been described as ‘The Punters’ Graveyard’ and three of Saturday’s stakes contest favourites had their colours lowered, but Rich Hill Stud and Windsor Park Stud won’t mind one little bit.

The Telegraph Stakes is one of the cases in point. Entriviere (Tavistock) dominated the betting as the $1.60 favourite, fully justified considering her clear-cut victory in the Railway Stakes (Gr 1, 1200m) on New Year’s Day. But In a twist of fortunes, Entriviere got too far back in a race which the Wellington Racing Club claims was won in a new world record time of 1.06.81 over the turf 1200 metres.

Getting too far back has mostly been the major issue for Levante (Proisir), except for Saturday. In the Telegraph, the brilliant five-year-old was right in behind the leaders before they reached the home straight, shared the lead at the 400-metre mark, then shot to the front from the 300 metres.

Instead of having the last run, now she was the one being attacked, not by Entriviere, but by Roch ‘n’ Horse throwing down the gauntlet. These two knuckled down in an epic battle and in a heads-up, heads-down finish Levante’s nose was found to be in front for the camera.

Through the grades, Levante’s style of drifting towards the rear then powering over the top for easy wins soon caught up with her once the competition stiffened. You simply can’t give multiple stakes-winning sprinters big starts and expect them to give up easily, especially in the closing stages.

Levante’s current preparation has seen a change, confirmed by rider Ryan Elliot. “She’s been jumping away a bit better in this preparation, and today she really sprung out of the gates and put herself up there,” he said. “We probably got to the front a little bit too soon in the straight, but once the other horse came up beside her, she lifted.”

Levante’s trainer, Ken Kelso added: “I was a little bit surprised at how close she was in the running, but to her credit she stuck at it down the straight.”

The mare has won nine of her 14 starts and will most likely head for the BCD Sprint (Gr 1, 1400m) at Te Rapa next month. Another clash with both Entriviere and Roch ‘n’ Horse will make the Te Rapa feature one of the races of the season.

Beyond that, now that Levante has learned how to break from the barrier, maybe an autumn Sydney sprint? From Rich Hill Stud’s and Proisir’s standpoint, that could only be good news.

Full disclosure: The writer occasionally wears golf hats advertising Proisir, Mongolian Khan and Little Avondale Stud but has no financial interest in those stallions or studs (yet wishes he did!).

Not too long after Proisir arrived at Rich Hill Stud, the writer delved into his bloodlines and compiled a stallion profile, which was published on the NZTBA website. His link to Hall of Fame Broodmare Sunbride (Tai-Yang) was the main attraction for the exercise but further digging not only uncovered what a runner he was but also that his bloodlines were practically a mirror image of then superstar Mongolian Khan (Holy Roman Emperor).

His racing prowess is worth revisiting. Yes, he scored just three times, his best winning performance being a win at Newcastle in the Spring Stakes (Gr 3, 1600m). His lead-up into the Spring Stakes was in a Benchmark 69 1400-metre race at Rosehill, in which he ran 1.22.71 and comfortably held future dual Group 1 winner Norzita (Thorn Park) by more than two lengths. Two starts – two wins.

The Spring Stakes would be Proisir’s last win and only in stakes grade, yet his best performances were still in the future.

Unbeaten, Proisir was then thrown into the big time against Dundeel (High Chaparral) in the Spring Champion Stakes (Gr 1, 2000m). These two had the finish to themselves and, although defeated, Proisir was very brave and gave the winner a decent tussle right to the wire, going under by a neck.

In a huge vote of confidence from his champion trainer, Gai Waterhouse, Proisir was set for the white-hot atmosphere of the WS Cox Plate (Gr 1, 2040m). In just his fifth raceday appearance, eighth over the line was his lot but he was far from disgraced behind Ocean Park (Thorn Park), All Too Hard (Casino Prince) and Pierro (Lonhro).

Given a short break, Proisir next appeared at Rosehill in the Hobartville Stakes (Gr 2, 1400m) lining up against the champion Pierro, the unbeaten Rebel Dane (California Dane) and his nemesis Dundeel. Pierro scored narrowly from Rebel Dane but Proisir held out Dundeel for third.

While Pierro bypassed the Royal Randwick Guineas (Gr 1, 1600m), that year run at Warwick Farm, the race attracted each of the Hobartville placegetters and in a virtual repeat of the previous spring’s Champion Stakes, Dundeel and Proisir once again knuckled down to fight out the finish. The margin was marginally larger this time – a half length.

Only seven starts spread over a short eight months but undoubtedly Proisir had plenty of talent and, except for Pierro and Dundeel, he might never have left Australia.

Aside from being from entirely different dam’s lines, Proisir and Mongolian Khan share a practically identical blood pool.

Their race records are wildly different in that Mongolian Khan excelled over distance. However, the one thing they had in common was that neither stepped out as two-year-olds.

Not unexpectedly, his stock have taken some time to show their ability but his Bankers Choice, winner of Saturday’s Anniversary Handicap (Gr 3, 1600m) is proving to be a great advertisement.

He is the first stakes winner in four generations of his family. His grandam, Donna Rosa (Testa Rosa) was a good winner in Melbourne while his fourth dam was a half-sister to the very good filly Magic Flute (Adraan), winner of the One Thousand Guineas (Gr 1, 1600m) and the Doncaster Handicap (Gr 1, 1600m).

Representing Mongolian Khan’s first crop, now four-year-olds, Bankers Choice has won five of his last six starts and is one of 28 winners for the stallion. Tellingly, 18 of his winners have won at 1600 metres or beyond. If Australian trainers are looking for stayers, they really don’t have to source them in Europe. They’re right here.

Windsor Park Stud’s Shamexpress (O’Reilly) has a budding star, the unbeaten Shamus, ready to make buyers sit up and take note of his stock.

It would be fair to say that Shamexpress has not enjoyed great exposure in the sales ring and despite siring 85 individual winners in four crops (he has had just two two-year-old runners this season), has had to make his own way as a sire.

With the same number of stakes winners as Proisir (seven), he is slowly but steadily making some noise out in the trenches headed by the very good mare, triple Group winner Coventina Bay, who was a gallant second, giving seven kilograms, to Bankers Choice in Saturday’s Anniversary Handicap, providing Windsor Park the trifecta, as third home was Germanicus (Rip Van Winkle).

In Brisbane, Shamexpress has the very talented Weona Smartone with trainer David Vandyke.

Fifth on debut, Weona Smartone has since gone undefeated in eight starts including three at Doomben. He looks to be the best bet to bring some attention to Australian buyers.

The performance by Shamus in Saturday’s Wellington Guineas (Gr 2, 1400m) has seen him installed as the early favourite for the New Zealand Derby (Gr 1, 2400m) and the way he finished off, accelerating strongly from the 200 metres, maybe the TAB bookies know something.

Maybe, because there is a good deal of speed in the horse’s blood. It starts with his sire, his dam’s sire Per Incanto (Street Cry) and his grandam’s sire Green Desert (Danzig). His third dam is, however, by the Epsom Derby (Gr 1, 12f) winner Nashwan (Blushing Groom) yet Blushing Groom (Red God) was best at a mile.

Like Bankers Choice, there has been little stakes activity within his first three generations, he being the first stakes winner, but his third dam, Le Montrachet (Nashwan), was a three-quarter sister to Born Gold (Blushing Groom), dam of 14-time Group 1 champion Goldikova (Anabaa).

An emoji text from Little Avondale Stud’s Sam Williams, in response to a bolting five-and-a-half-length win by Time Ruler (Time Test) at Tauranga on Friday, was today’s modern version of a “yippee!” yet said what it needed to say.

It was only a matter of time before the son of Dubawi (Dubai Millennium) would put a first southern hemisphere winner on the board. The prize-money earned by Time Ruler assures him of a start in next week’s Karaka Million (RL, 1200m) and William’s emoji, which included two sets of clinking champagne glasses, may need to be expanded to bottles of the sparkling stuff should Time Ruler go to the next level.

Blood-wise, Time Ruler’s dam Got The Snitz (Snitzel) has a pedigree that suggests plenty of speed as her sister, Schiffer (Snitzel), ran third in the high-pressure Magic Millions 2YO Classic (RL, 1200m). Her half-brother, Tourbillon Diamond (Olympic Glory), is a Group 3 winner in Hong Kong after having run third in the Australian Derby (Gr 1, 2400m), racing in Australia as Eric The Eel.

With a name like Coolangatta (Written Tycoon), Saturday’s Magic Millions 2YO Classic (RL, 1200m) winner would seem to be Aussie through and through, but her roots are actually in New Zealand and include a Melbourne Cup (Gr 1, 3200m) winner.

Third dam, Kiwi-bred Kapeskin, managed a few placings but from three foals she produced the two Group winners (above) plus a stakes-placed dual Sydney winner for a very healthy breeding record.