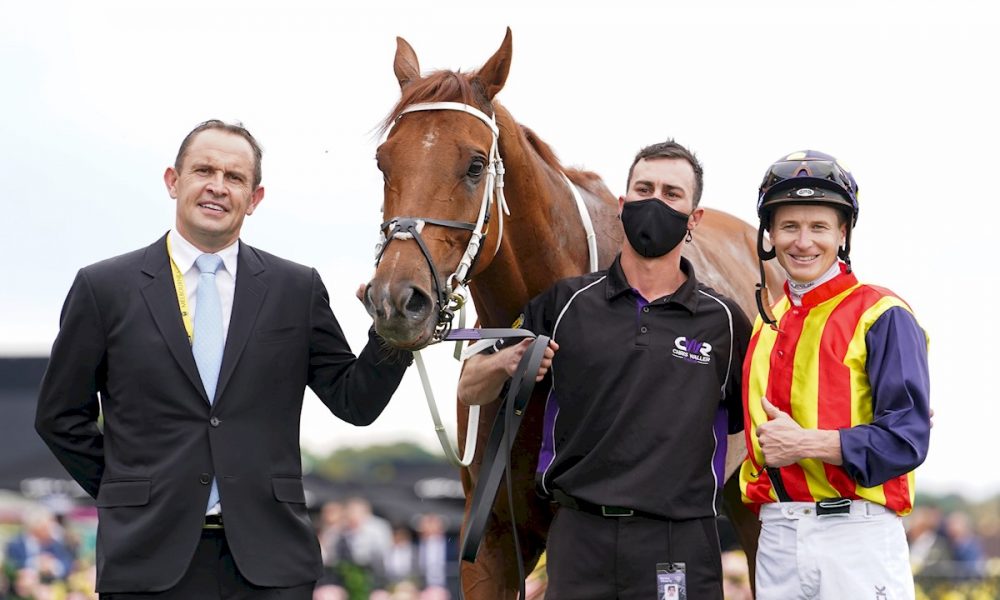 The temptation in racing is always to vigorously sing the praises of the smaller trainer doing well with limited numbers.

Nothing wrong with that, of course, although it is often accompanied by a tinge of dismissive contempt of those at the top of the training tree as if numbers are all that is required.

Numbers are mighty helpful. It’s been forever thus that the man (or woman) with the most horses will win the most races.

However, this spring the two biggest stables in the country – that of Chris Waller in Sydney and the Ciaron Maher and David Eustace combine in Melbourne – are deserving of all plaudits notwithstanding that less established rivals Richard Litt and Annabel Neasham are worthy of special mention.

Waller’s deeds with two somewhat idiosyncratic horses Nature Strip and Verry Elleegant were his career peaks, even beyond Winx, in my opinion. One of those peaks, pardon the pun, came with Nature Strip in The Everest; arguably now the most sought after prize in the country and a race in which he’d previously failed twice.

Previous winners claim major races at a third attempt, not two time losers. Not seven-year-olds whose ability to harness their energy well enough to win a high pressure race has long been questioned.

Then there was Verry Elleegant whom Waller turned around after a disappointing Turnbull Stakes performance on 2 October to win the Melbourne Cup, with a good horse’s weight of 57 kilograms, by four lengths in the second fastest time ever just four weeks later. She too had previously tried and failed, albeit without much luck, in this race of races.

These were training performances which I can assure you elicited praise, if only in private, from rival colleagues.

Maher and Eustace won the Derby with Hitotsu who stepped up from the 1600 metres of the Caulfield Guineas which hadn’t been done for 70 odd years. They continue to pick off target races across every band of the ratings and the pattern.

Just in recent weeks, they’ve unlocked the best in imported USA mare Lighthouse, carefully and successfully managed a valuable filly Enthaar, produced an emerging star Marabi who didn’t race until she was four and won the now – in these parts – coveted Jericho Cup with the August Grand National Hurdle winner Wil John.

More than that, these two – perhaps the Felix and Oscar of racing – are overseeing a remarkable organisation which is playing a key role in animal welfare and have launched an innovative school holiday program in a bid to offer a path for potential industry newcomers. These two interventions are as noteworthy a contribution to racing as I can recall from any stable.

The stable’s alumni already includes the aforementioned Neasham who has made a meteoric start to her training career and doubtless there’ll be others to follow in the years to come.

Every step of the way has been planned in this Maher-Eustace juggernaut and the stable’s level of organisation, management and strategic forecast would rival any business.

I would not be shocked, if before too long, it includes a raft of targeted international assaults and eventually an operation in the northern hemisphere.

On the jockey front, we had the feel-good stories of career reinvigoration for Brett Prebble, Daniel Moor and Regan Bayliss; the footholds gained by younger riders including Damien Thornton and Brock Ryan; the dominance of James McDonald and four Group 1 wins to the man who turns 50 next June, Damien Oliver.

Incentivise, Anamoe, State Of Rest, Zaaki and I’m Thunderstruck, along with the aforementioned Hitotsu, Profondo, Verry Elleegant and Nature Strip ensured there was no shortage of horses with X factor while Western Empire may be the next star to emerge from the West.

The season might have only just begun for these two stables.