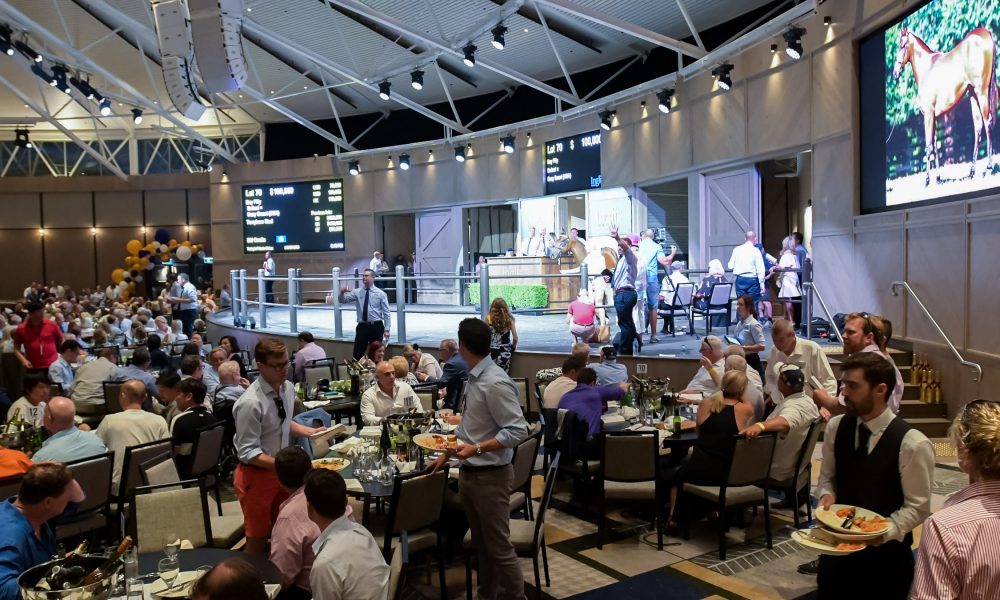 Some agents and buyers are attempting to take advantage of a potential divide among Inglis Australian Easter Yearling Sale vendors after Arrowfield Stud on Thursday broke away from the online auction, but prominent breeders say they remain committed to supporting the company.

Inglis was forced to move its Easter sale, a 514-lot catalogue comprising some of the best-bred and credentialled yearlings to go to market this year, across to its digital portal after the federal government clamped down on certain business sectors in order to try and slow the rate of Covid-19 infection across the nation.

After confirmation on Wednesday that a live auction would not be permitted, even with an invite-only buying bench and an onsite attendance of fewer than 500 people, due to the government banning auction houses from conducting live sales, leading vendor Arrowfield Stud withdrew 60 yearlings and will instead sell them by private treaty.

But Scone breeder Glenn Burrows, who runs Willow Park Stud, yesterday said vendors had vowed to back Inglis and the April 5 to 8 online sale to the hilt.

“We are going to stay united and support the online concept. The phone is running hot with people wanting to buy privately but we breeders feel we must be solid and support each other rather than breaking ranks and selling beforehand in a panic mode,” Burrows said.

“Inspections are coming thick and fast and while the sale will be tough, the top, say, 50 per cent of the catalogue might go a little better than I anticipated several days ago.”

Willow Park Stud has a draft of seven yearlings set to be offered at the Easter sale including an Exceed And Excel (Danehill) colt out of stakes-winning mare Serious Satire (More Than Ready) and the Not A Single Doubt (Redoute’s Choice) brother to the Group 2-winning, multiple Group 1-placed Fell Swoop.

Coolmore, who have 35 yearlings catalogued for the Easter sale, was one of the major stud farms to remain supportive of the Easter sale even when it became increasingly likely that it would not be conducted at Riverside Stables.

“Our yearling crew have worked tirelessly to present them in impeccable order and we want to give all our clients equal opportunity to acquire them through the online auction.

“A significant number of trainers and agents have inspected our exceptional draft of 35 yearlings and we believe that this sale represents a great opportunity for investors to identify value, in what is the cream of the crop.”

Aushorse, the marketing arm for Australian thoroughbred breeders, last night also weighed in, running an advertising campaign in today’s ANZ Bloodstock News that is labelled as “United We Stand”.

The advertisement said: “The vendors at the upcoming Easter Sale are committed to working together in these challenging times. The vast majority of the catalogue will be available when bidding begins on April 5 with a few horses being held back for Easter Round 2.

“To our buyers, you can have confidence that horses included in the online sale will not be sold beforehand. We are committed to creating a genuine marketplace, rather than holding negotiations behind closed-doors.

“This means you have the chance to buy the best stock from the best breeders.”

Inglis has implemented an Easter Round 2 to be conducted as a live auction on July 5, if government restrictions have been lifted, to help vendors sell yearlings who are either passed in during the online auction or that the owners believe would be better suited being held back for the possible live sale.

Soon after Arrowfield Stud made its decision public on Thursday, Messara reasoned to ANZ Bloodstock News that the organisation had too much at stake during the uncertainty caused by the coronavirus crisis to risk selling at the digital sale.

“It was a terribly hard decision to make but we didn’t bargain for having these horses in an online sale,” Messara said.

“I know there was no other option and Inglis tried really hard to find a way through … and when they went online it was an agonising decision that we just had to make for our own protection.”