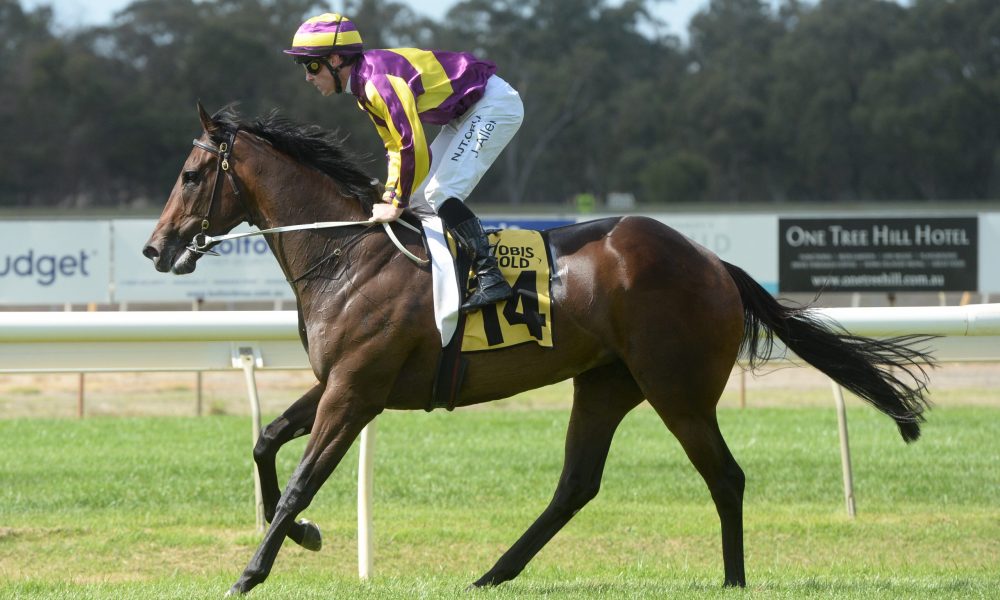 Almost 30 years after Let’s Elope (Nassipour) burst onto the Australian racing scene, dominating the spring of 1991, her great-granddaughter Swats That (Shamus Award) has emerged as the latest member of the family to potentially be headed for stakes company.

Swats That couldn’t have been much more impressive on debut in last Saturday’s Vobis Gold Rush (1000m) at Bendigo. She sat midfield and wide with cover, relaxing nicely under John Allen.

When Allen pulled the filly to the centre of the track, she powered down the straight and hit the front with 100 metres to go, drawing clear to win by a length and three-quarters.

Swats That was bred by Adam Gay, with a fascinating back story to add to the narrative around the filly’s success.

Gay, a cardiologist, was not just fascinated with the human heart, but also the equine equivalent as well, having been intrigued by Phar Lap’s legendary heart as a young boy.

While Gay was completing his medical studies, he decided to try and test the “Phar Lap theory” – the correlation between heart performance and equine ability.

“I did a trial where I scanned a number of horses without knowledge of who they were,” Gay told Thoroughbred Breeders Victoria. “I started seeing certain characteristics in the better performing horses.

“We tried to extrapolate the information to yearlings and within a couple of years we did a few thousand yearlings. We followed their performances and worked out the common characteristics between cardiac parameters and good racehorses.”

While Gay doesn’t do much with horses these days, his business partner Glen Barker still routinely scans them – which led to the connection to Shamus Award (Snitzel).

“I have been scanning horse hearts for about 10 years with Glen Barker. We found Shamus Award for Vic Oldfield and Sean Buckley,” Gay said.

“As a thank you, after Shamus Award went to stud they gave us a serve every year. We wanted to breed a Shamus Award progeny so asked a few breeders about the mares that would be suitable.”

It was that search which led Gay to Is It A Mosquito (Bel Esprit), buying the well-related unraced mare for just $7,000 at the Inglis August Thoroughbred Sale in 2015.

Out of the Listed-placed Yes I Will (Danzig), Is It A Mosquito is a granddaughter of the mighty Let’s Elope.

Her first foal, a three-year-old sister to Swats That named My Sweet Fish, was a winner at Wyong and Nowra earlier in the season before being retired in the last month.

Is It A Mosquito again visited Shamus Award in 2017, however, by the time the foal, another filly, was born, she was sold to South Australia’s Glenrae Stud for $5,500 at the 2018 Inglis Great Southern Weanling & Bloodstock Sale.

She produced a Trust In A Gust (Keep The Faith) filly last year, while she is currently in foal to Jimmy Creed (Distorted Humor).