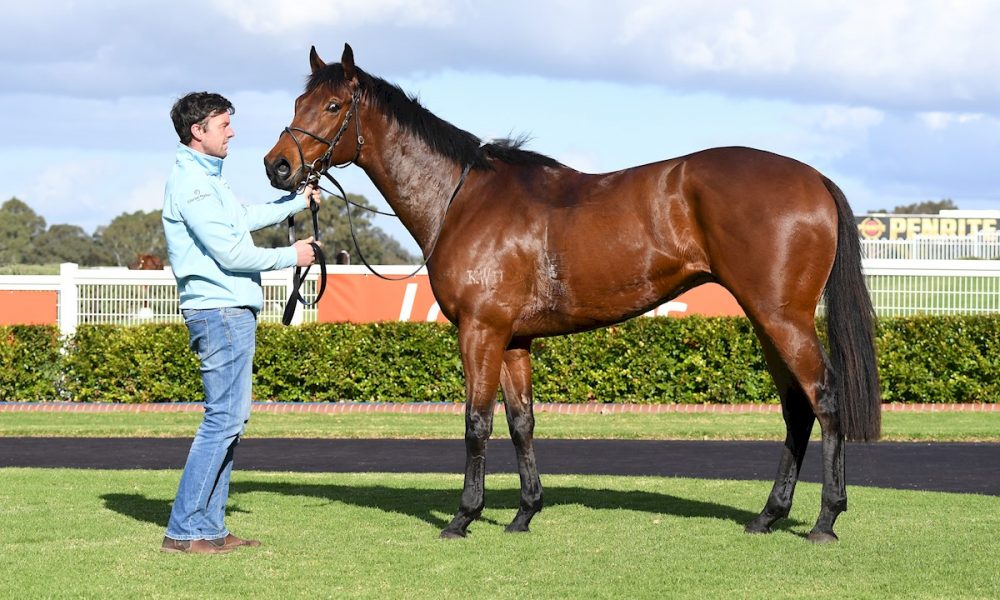 At 84, Tony McGrath knows the value of patience, and how to wait for things.

For three years the breeder and real estate businessman waited at his home town of Port Douglas, far north Queensland, for Covid to do its worst in more densely populated parts before boarding a plane again.

Finally, he flew to Brisbane one Saturday last month to see a horse he bred – Taksu (Equiano) – line up as favourite seeking his first black-type success in the BRC Sprint (Gr 3, 1300m) at Doomben. He’d have some more waiting to do.

“We were ready to put our money on. We were keen, and it was my escape from being up here for three years,” McGrath tells It’s In The Blood. “But when we got there, they called off the meeting because of all the rain. So a day at the track became a day at the pub instead.”

It’s a good thing McGrath chose not to wait around this time. The meeting was transferred to the Wednesday, that was called off too, and when Taksu finally went round at Eagle Farm on the Saturday, the six-year-old turned in the worst of his 27 runs, finishing tenth of 16.

McGrath had to do some more waiting, four weeks of it in fact, but finally last Saturday, back in his home town at Randwick, Taksu broke through to earn black type, albeit of the lower variety, in taking the Civic Stakes (Listed, 1400m).

“I haven’t been disappointed with Taksu. I knew he’d come good,” says McGrath. “That said, I didn’t think much of Equiano.”

Brought here for a speed mix with the Australian broodmare band, Equiano was one of those shuttlers who, despite best intentions and efforts, failed to fire down south. He’s had just the two lower-level stakes winners from 227 Australian runners, which have yielded 150 winners at 66 per cent. As we all know, you do have to kiss a lot of frogs in this industry, though Swettenham’s Adam Sangster holds out hope Equiano broodmares “will prove popular on the speed line from Acclamation”.

All that said, the 17-year-old’s record in Britain isn’t that flash either, with 183 winners from 428 runners at just 42 per cent, and just eight stakes winners.

Still, Taksu does have the female family behind him to suggest he’d have talent. Bred by McGrath along with his main partner in that endeavour, Bali-based businessman Troy Mobbs, and John Voitin, Taksu is the sixth of seven named foals from the Hurricane Sky (Star Watch) mare Raining.

A $60,000 Inglis Classic yearling in 2000, Raining had a short-lived career but showed ability, winning three times and placing twice from six starts. At stud, her dance card shows a heavy leaning towards European shuttlers, some of whom would go on to be giants.

Her first foal, in 2004, was by Galileo (Sadler’s Wells), and was a moderately-performed dual provincial winner named Raksasa. Her next cover, by Giant’s Causeway (Storm Cat) yielded New Glory, bred by Mobbs, who was twice Listed-placed before winning five times in Hong Kong, racing as Arjuna.

Raining returned to Galileo and found success, with Rain Gal, a $90,000 Magic Millions National Yearling Sale purchase by James Bester who went to South Africa and became a Group 3 winner.

But, after two years off, Raining struck gold. Sent to another European star sire in Dubawi (Dubai Millennium), she bore the outstanding Srikandi. Trained by Ciaron Maher, and with McGrath and Mobbs in the ownership, she won two Group 1s back-to-back in the Stradbroke Handicap (1350m) and Tatts Tiara (1400m) of 2015, plus four other Queensland stakes races, and recorded two Group 1 placings in a career raising $2.3 million.

Raining was finally tried with an Australian stallion in 2010, but missed to Wanted (Fastnet Rock), before she reverted to European stock, in the French-bred Equiano. Her first cover by him produced a colt, Sewar, who’d have one failed barrier trial for Maher and never race. The second has brought us Taksu.

McGrath would pursue more European blood in sending Raining across the Tasman to a son of Dubawi in Makfi in 2016, but the mare failed to get in foal. That’s in contrast to another mare McGrath sent to him in Caution (Galileo), who’s subsequently thrown one of the best gallopers McGrath has bred and raced, the Mark Newnham-trained dual stakes-winner Expat.

Raining’s last foal before dying in 2020 was Sprinkle, a daughter of Written Tycoon (Iglesia) who died before she could race.

And so with three stakes winners from five to race, Raining’s stud career, despite its misses, deserves glowing praise. And more success might be to come.

Srikandi began her stud career by throwing the McGrath-bred Heroess (Snitzel), a $400,000 yearling purchased by Andy Williams Bloodstock who’s now a four-year-old mare with one Gosford win from four starts.

A second mating, with I Am Invincible (Invincible Spirit), produced the filly who topped the 2019 Inglis Weanling Sale, when sold for $600,000, again to Williams, who was again the buyer – at $1 million – when she went through the following year’s Easter sale. She’s now Billiondollarbaby, the Team Snowden-trained three-year-old who won her third race from six starts when scoring at Randwick Kensington yesterday.

Srikandi, with McGrath and Mobbs in the ownership, was put up for sale at the 2019 Inglis Chairman’s Sale and was the second-top lot, knocked down to Coolmore’s Tom Magnier for $2 million. McGrath bought back into her with a sizeable stake.

McGrath, Mobbs and Coolmore have kept Srikandi’s third foal Karnak (American Pharoah), a two-year-old filly in work with Mick Price and Michael Kent Jnr. Srikandi also has on the ground weanling and yearling colts by another Coolmore US shuttler, Justify (Scat Daddy), the latter of which was passed in at a $200,000 reserve at Easter this year.

Taksu himself was no superstar in the ring, being passed in $5,000 short of an $80,000 reserve at the Gold Coast in 2017, but has now rewarded McGrath, Mobbs and his seven other owners with almost half a million dollars in earnings.

“We put him in the Magic Millions sale but there were virtually no bids for him,” McGrath said. “We might have been prepared to take about $70,000 for him, but we decided to keep him instead, because we had the mare anyhow.”

Taksu kicked off with Maher and his new partner David Eustace and started strongly in restricted grades, winning three races, including one at Sandown, and placing eight times from his first 16 starts.

“He was handy but a very naughty boy,” McGrath said. “At Sandown one day, he chucked [jockey] Johnny Allen off in the mounting yard, bolted out onto the track, jumped the inside rail and nearly impaled himself on a tap. We’re lucky he was OK.

“We decided we wanted to race him in Sydney and gave him to Joe Pride, who’s done a marvellous job with him.”

Under Pride, Taksu has added a further four city wins and the same number of placings from 12 starts capped off by Saturday’s Civic Stakes, some long-awaited black type for both the runner and his sire, Equiano, who could probably safely be said to have been improved by his date with Raining.