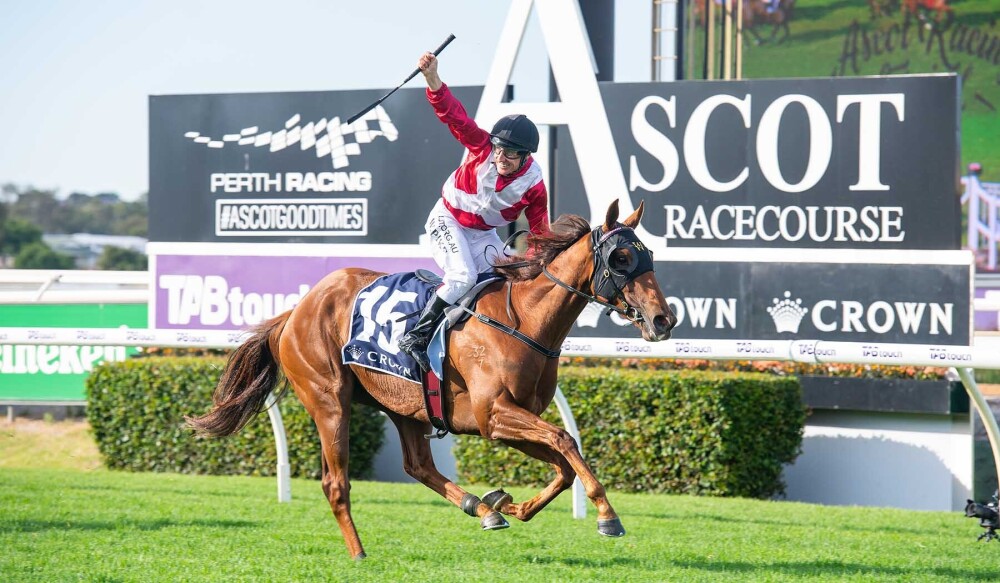 Champion Perth trainers Grant and Alana Williams are chasing a challenge, rather than running away from it, and will do so by embracing the yearling sales circuit in a bid to attract new clients and also plan next year to set up a Victorian stable to complement their Western Australian base.

The long-time main trainers for leading Perth owner Bob Peters, the powerful Team Williams operation yesterday confirmed it would be scaling back its association with the leviathan breeder who has provided them with many of their biggest successes in order to have the freedom to run  a more publicly accessible stable.

Grant Williams told ANZ Bloodstock News, as word of the change in the Team Williams business structure filtered through racing circles across the country, that the change in direction had been coming for some time.

“If we’re going to do this, we’ve got to have a crack at it, not just sit back and hope that it’s just going to happen. Most likely, if you’re not doing anything about it, nothing is going to happen, so we’ve put it out there.

“We’ve had good success over the carnival and hopefully we’re going to continue to have that and I thought it was a good time to let everybody know.

“It’s business as usual with Bob and ourselves. We’re still going to train for him, but we’re going to have a few more outside horses as well.”

While both parties have committed to maintaining a working relationship, it remains unclear whether Peters’ big guns will continue to be trained by the successful husband and wife stable or sent to interstate trainers for autumn campaigns, as some of the owner-breeder’s best have been in the past.

Speculation about a change in direction has been swirling publicly and privately for a number of weeks after Grant first broached the subject with Peters in September, seeking a change of arrangement which would allow Team Williams to expand their business to outside clients.

About 75 per cent of the 40 to 50 horses Team Williams had in training at any one time in recent years had been owned by Peters, but Grant predicts that the ratio could be more of an even split from now on.

Peters told TAB Radio yesterday: “By the sound of this morning’s announcement, it looks like they are happy to train some for us and it’s up to them as to how many and we’ve made it common knowledge that we will be spreading the new ones around when they come back in.”

Former Fremantle footballer Hayden Ballantyne is one trainer who Peters has pledged his support to, already sending him 14 horses which had previously been with Team Williams, while Adam Durrant has also been a long-time trainer for he and his wife Sandra.

Grant will be the man on the ground at the yearling sales season, starting on the Gold Coast in early January for the Magic Millions, and he revealed that he will likely, for the first time, call on a bloodstock agent to assist he and Alana in their selection process.

“Obviously, Alana and I go around and look at them ourselves, but on a bigger scale we will probably be getting someone to help us out,” he said.

“That is probably the smartest thing to do as I don’t think we can just afford to jump into it and buy anything. We’ve got to be pretty picky with what we buy and we need to get it right.”

Already, current and prospective clients have been in contact with Williams about supporting the venture, which has buoyed the trainer despite the daunting prospect of buying yearlings on spec and then on-selling them to clients.

“It’s something we haven’t had to do much of, but it is changing with Bob’s business model as well, so it is something that we’re just going to have to embrace and take on ourselves,” he said.

“At the end of the day, we love training horses, so if it means we have to go out and buy some, that’s what we will do because we have to fill up our stable.”

Victoria on horizon for Team Williams

When Williams has previously campaigned horses in Melbourne, including top mare Arcadia

Queen (Pierro), he was based at Sutton Grange near Bendigo with trainer Brent Stanley and the eastern states success whetted the appetite to have a permanent presence in Victoria.

However, no decision has yet been made as to where the pair will set up their Victorian stable, with the closed Western Australia border making it almost impossible for them to travel interstate to inspect potential training facilities.

Lindsey Smith in recent years has been able to run interstate stables, one in Perth as well as Warrnambool, but Williams intends to run a smaller satellite base on the east coast.

“First things first, we’ll have to go and get the horses and we’re letting people know that we’re open to that move as I think that will help us in trying to get a better standard of animal,” Williams said.

“Our main stable will still be in Perth, but I think it gives people good hope that if we have a horse we can travel to Melbourne and that we’re going to be able to accommodate them.”

Grant hopes to be able to head to Victoria as early as February, once the Western Australian border is reopened, to inspect potential training centres.

Alana Williams, an accomplished former Perth jockey, said she is “excited for what the future holds for both Grant and myself”.

“I still enjoy riding work and feel the unique dynamic Grant and I have of me being on the horses and him running operations on the ground gives us that special edge which most training operations don’t have,” she said.