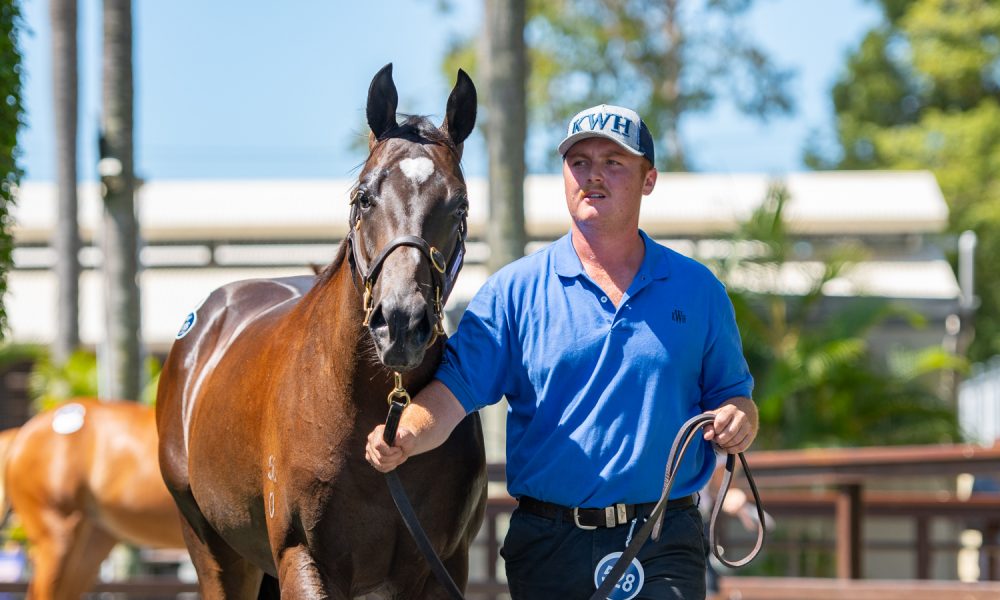 The colt, bred by Bradley’s boutique Arlington Park Racing and reared at Kitchwin Hills, was knocked down to Melbourne syndicators Mark Player and Rob Roulston as the Magic Millions sale’s dizzying progress continued unabated on Thursday.

Bradley, who has ten mares, had boasted a previous yearling sale high of $120,000 before yesterday’s windfall through the son of his former Wellington Boot (1100m) winner Sin Sin Sin (Fantastic Light), whose most famous offspring is, of course, the first three-year-old winner of The Everest (1200m), Yes Yes Yes.

“It’s a big result for me,” he said. “I’m very happy. We’ve always had a high opinion of this colt. From the day he was born we knew he was going to be a really nice type. He’s done everything right – everything we could ask for from a colt.

“The dam’s best foal, Yes Yes Yes, was by Rubick (Encosta De Lago), so going to Zoustar (Northern Meteor, by Encosta De Lago) made all the sense in the world. The way this colt’s developed into a nice, good looking yearling, he’s definitely going to be a speed horse.”

The 52-year-old Bradley said most people in Australian breeding, on hearing he’s from Texas, assume he “grew up there on the back of a horse”. The truth is vastly different. Indeed, he named his farm after the town where he grew up, not Chicago’s Arlington racecourse.

“It wasn’t until I moved to Australia and saw how big racing was, and realised how much enjoyment people get out of it, that I decided to get more into it,” said Bradley, in a wonderful, quite unique, accent that we’ll call Texawagga.

He arrived in Australia in 1996 and later landed in Wagga thanks to new wife Andrea, who had a background in show horses which whetted his equine appetite. That had also been fed by his work with the Galileo property development company of breeder Neil Werrett, via which came a share in Ole Kirk (Written Tycoon).

While now as fully-fledged an Aussie as any cricket/AFL/NRL-watching Texan can be, Bradley made it back to the US for 20 Thanksgivings straight, before Covid ruled that out in 2020, though he did make it back again last November.

Of the other sporting interests Australia has given him, he said: “Racing and breeding is a consuming passion, but it’s a lot of fun. You have good years in breeding and bad years in breeding, so you’ve got to celebrate the good ones. This is a very good year for us.”