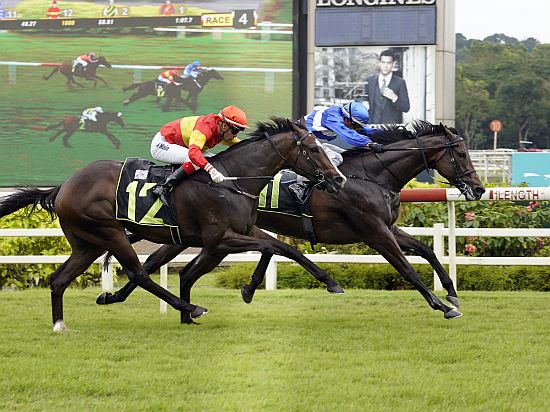 When trainer Alwin Tan brought up his 498th career winner with Helushka (Toronado) on February 28 last year, most thought picking up another couple of winners to hit that all-important milestone wouldn’t take too long.

Nobody could have guessed it would actually take just under one year.

True, the Covid-19 pandemic that plagued the world and the local racing industry was an unbelievable catastrophe, but with racing going back to business on July 11 following the three-month lockdown, Tan could still conceivably have made that 500-figure by the end of 2020.

He had to, however, endure a long drought until the aptly-named Victory Joy (Haradasun) saluted on September 12 at long odds, but sitting just the one winner shy of the landmark has turned out to be an even more agonisingly long wait.

Still, credit to Tan who got the new 2021 campaign underway with a positive mindset, convinced a brand new chapter can only bring better fortunes, and sure enough, The Archer (Wandjina) finally brought that much-needed fillip in yesterday’s open maiden race over 1200 metres on Polytrack.

Ridden by Wong Chin Chuen, the $42 shot came with a barnstorming finish on the grandstand side to finish locked together with debutant and favourite Malibu Beach (Malibu Moon).

“We’ve waited many months for that winner,” said Tan. “Horses were coming in and out of the stables with so many transfers. We were already going through hard times but the pandemic made it even harder for us.

“By October, I was feeling very lost as we still had no winners after Victory Joy won back in September. But thanks to the owners who have never stopped supporting me, I kept believing in myself and my staff.

“To get the winner today is a big relief and a big motivation for myself and my staff, who have worked so hard. Hopefully, we can look forward to more winners from now on, and more support.”

The Archer defeated Malibu Beach by a short head with Happy Friday (Shooting To Win) third another half-length away. The winning time was 1min 12.03secs.

Starlight just won’t be put out

Even-money favourite Starlight (Headwater) duly delivered but not without rattling the nerves of his backers and connections.

Following his smashing debut win at last season’s final meeting, Starlight was considered by many as a shoo-in in the novice race over 1200 metres.

But at the 300-metre pole when Be You (Showcasing), who had been a thorn in his side from the start, levelled up and even poked his head in front, those who had already called him home before the race must have been eating their words.

Under jockey Louis-Philippe Beuzelin’s renewed vigour, Starlight resolutely picked himself off the canvas to rein Be You back in before pressing on to a valiant half-length win. The winning time was 1min 10.22secs for the 1200 metres on the Long Course.

Clements’ assistant-trainer Michael White was clearly a relieved man at the winner’s circle as he waited on the PSM Racing Stable-owned galloper to return to scales, but still stood by his spontaneous assessment Starlight was one of the best he has dealt with at Kranji.

The Australian also reiterated his fears about the flip side of the exciting prospect – his jittery mannerisms.

“I’m still very nervous when he heads out there. He’s still nowhere near the finished article, we haven’t done much with him and he still doesn’t know what he’s doing,” said White.

“But he’s beaten a handy horse in Be You today. The day his brain is linked to his engine, he’ll be a much better horse.”

After fetching AUD$210,000 as a two-year-old at the Inglis Ready-2-Run in 2019, Starlight is close to recouping half of that price tag from his two-from-two record.

Hakim Kamaruddin’s patience in the saddle went a long way in sparking Sacred Croix (Savabeel) back up for a long-awaited return to the winner’s enclosure.

The six-year-old has not greeted the judge in nearly two years having last scored in Class 3 company for a four-in-a-row in April 2019, a feat which pretty much stamped his ticket to the Singapore Four-Year-Old Challenge.

Unfortunately he did not win any of the three legs, albeit far from disgraced with two seconds in the Silver Bowl (Listed, 1400m) and the Stewards’ Cup (LIsted, 1600m), and a creditable fifth to Sun Marshal (Sepoy) in the Singapore Derby (Listed, 1800m).

Trainer Mark Walker gave Sacred Croix a well-earned break after the Derby, but the performances had slowly slipped downhill since.

A closing fourth place in a Class 2 event over the mile with Kamaruddin up was probably one of his rare flashes of brilliance since, and it’s precisely that run that was etched in the young rider’s mind when he cantered Sacred Croix down to the pens in the Class 3 race over 1200 metres.

“I cannot go too early on the Long Course, boss also told me to hold as long as I could. The horse was very relaxed and I wasn’t worried the leaders were still far in front.

“He has not raced for a long time and was also a bit fresh. That’s why I didn’t want to go too early also. But once he came out into the clear, he quickened very well. I work the horse in the morning and I felt he had improved, I was confident he would run well.”

Kamaruddin went on to complete a double when French import Sincerely (Evasive) capitalised on his postage-stamp load to upend a handy field in the Class 2 race over 1400 metres. The Toulouse Listed winner carried the luxury weight of 48.5 kilograms under the in-form apprentice.