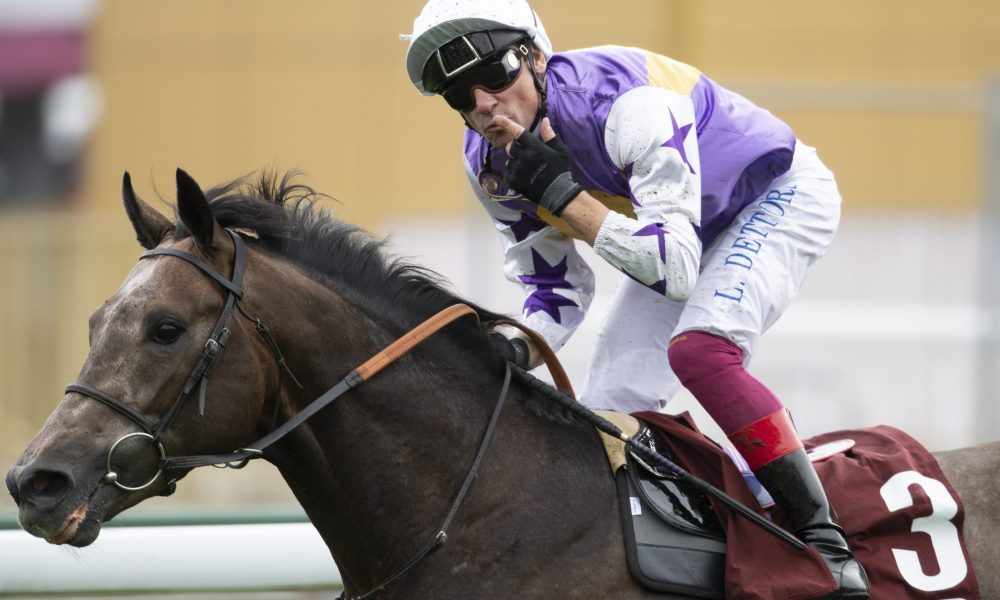 Featuring an extravaganza of six Group 1s, France’s biggest day of racing last Sunday at Longchamp revealed a number of interesting pedigrees, one of which has a significant connection with New Zealand.

Angel Bleu arrived in Paris as a last-start winner of the Vintage Stakes (Gr 2, 7f) at Goodwood on July 27. Just three days prior to Goodwood, he recorded his first black type when finishing second at Ascot in the Pat Eddery Stakes (Listed, 7f).

The colt is from a placed sister to four Group winners, including world traveller Highland Reel, the seven-time Group 1-winning star. All Group 1s are big but his highlight was the Ascot King George & Queen Elizabeth Stakes (1m 4f). At four, he was runner up to champion Found (Galileo) in the 2016 Prix de l’Arc de Triomphe (Gr 1, 2400m), that year run at Chantilly.

Highland Reel shuttles between Coolmore Tipperary in Ireland and Swettenham Stud in Victoria. His oldest are two-year-olds and he has so far sired seven individual winners in Europe.

Hveger, herself, is a sister to another world traveller, Elvstroem, winner of five Group 1s including the Victoria Derby (Gr 1, 2500m), his northern hemisphere Group 1 win arriving through the Dubai Duty Free (Gr 1, 1800m).

After a brilliant all-the-way victory in the Caulfield Guineas (Gr 1, 1600m), Starspangledbanner was kept to sprinting, adding the Oakleigh Plate (Gr 1, 1100m) the following autumn. Sent to England he became the Champion Sprinter of Europe and of Great Britain & Ireland due to brilliant performances at Royal Ascot in the Diamond Jubilee Stakes (Gr 1, 6f) and at Newmarket in the July Cup (Gr 1, 6f).

His trainer, Aidan O’Brien, was stunned to learn that such a fast galloper, perhaps the fastest he’d ever trained, had succeeded over a mile.

Although recognised as the Circles Of Gold (Marscay) family in Australia, the family’s real roots are actually in Cambridge, New Zealand, courtesy of Jim Morris and his Rodmor Stud.

Morris enjoyed a strong reputation as a breeder, and kept Gold Vink, sending her to Brisbane where she won twice. The mare was covered by Right Honourable II (Miralgo) in Australia and arrived in New Zealand carrying a colt foal. Under his care she would produce 11 foals of which ten were winners and three were stakes winners including Bit Of A Skite (Showoff II) and Shagolvin (Sharivari).

Bit Of A Skite won twice at Group 1 level, the All Aged Stakes (7f) at Randwick and the George Adams Handicap (8f) at Flemington. Shagolvin took out the Royal Stakes (Gr 2, 2000m) at Ellerslie.

Gold Vink was bred to an interesting pattern. She is by Gold Sovereign whose third dam was a half-sister to the great Foxbridge (Foxlaw), 11 times champion New Zealand sire.

Gold Vink’s dam, Goudvink (Dogger Bank) was a Group 3 winner at Trentham of the Metropolitan Handicap (7f), one her 13 wins. Her dam Nola was by Foxbridge.

This branch is not as prolific as the Pennon (Coriander) branch or the Praise (Limond) branch, but it does have its share of champions and none of the other strands of the family can claim five northern hemisphere Group 1 winners.