The mysterious machinations of the pattern, The Everest and the working party 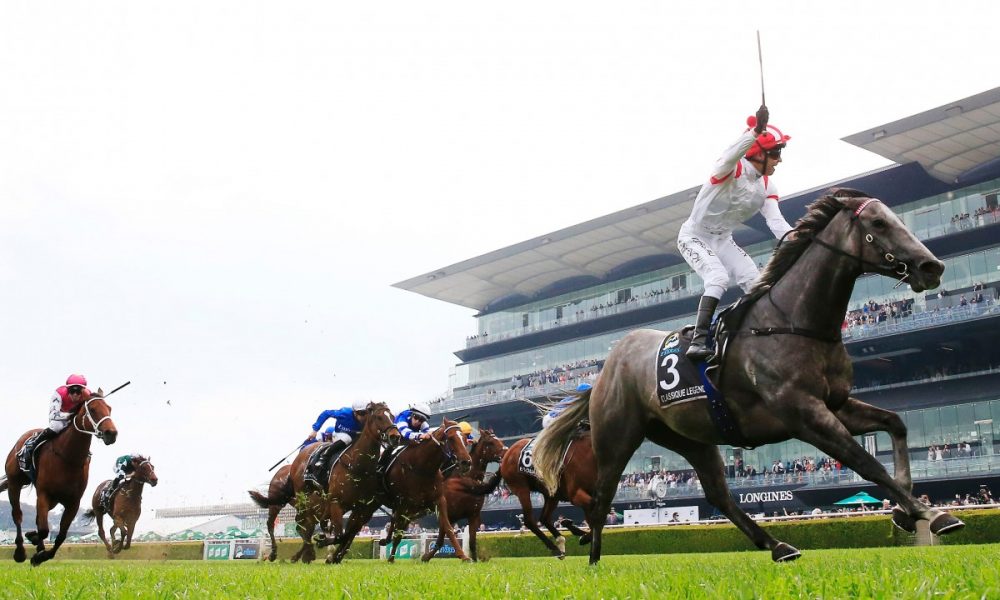 First things first, of course the bloody Everest should have Group 1 status.

Yes, and that’s from a Victorian. It is the most sought after sprinting prize in the country.

It may have an element of being exclusive but it’s not restricted in the manner of a sales race. Any horse can run if its owners can wrangle a deal with a slot-holder. Every race has its conditions.

Logically, it must be deemed as the highest rating sprint race in Australia in the past two years. It’s not officially rated internationally because it does not have pattern status.

However, the VRC’s Group 1 Darley Sprint Classic has been Australia’s highest-rated sprint race internationally in 2019 and 2020 and, in each year, it’s been won by horses who were beaten in the Everest. To wit, Nature Strip (Nicconi) and Bivouac (Exceed and Excel).

The Everest is well established after four years. I’ll admit I had my doubts but I think it was saved by a three-year-old Yes Yes Yes (Rubick) winning the third edition and you’d now think it’s here to stay.

Furthermore we really must desist from derogatorily referring to this race, and others recently instituted in New South Wales, as “pop up” races.

Pop up is a poor choice of phrase which is emotive and designed to diminish value. They’re just “new” races – as simple as that – as was the Golden Slipper in 1957 and the Blue Diamond 14 years later. There’s been others like the Golden Rose and Australian Guineas; others have been tinkered with like the Coolmore Stud Stakes and (aforementioned) VRC Sprint Classic. Group 1s all.

All new races ought to be welcome although I’d argue that prize-money for the Golden Eagle is manifestly excessive and that for the All-Star Mile probably too high.

The key, of course, for the general viability of the sport is that they’re well coordinated and fit neatly into the existing calendar.

Each new race can be assessed after, say three to four years, to determine whether they deserve pattern status.

It’s pretty simple really. Which brings us to the machinations of the pattern which has been much discussed of late.

Discussions which have been officially taking place since May 2020 when Racing Australia announced that “Racing Australia’s Board of Directors is pleased to announce the formation of a Working Party to initiate a strategic review of the Australian Pattern”.

RA hasn’t yet been pleased to announce its release and you may wonder why it’s not yet been completed but I’m not going down that path. As a friend recently observed – “things are challenging at the moment but as a society we need to stand together and be supportive – too much divisiveness pervading Australia at the minute”.

I agree with that wholeheartedly. You’d hope we could forge a national strategy to deal with the pattern and new races – let alone the on-going Covid-19 situation.

I understand the review of the Pattern is virtually complete – and will go to the Principal Racing Authorities (PRA’s) after Racing Australia (RA) reconvenes.

The review, I believe, has been based on working guidelines rather than designation of races but that will fall to whomever comprises the new committee – one which will hopefully meet more often than has been the case of late and one which is not confined to RA board members.

I’d be comfortable with the new committee being chaired by an RA board member but that’s it. No further input from RA and no input from breeders, race clubs or the PRA’s (other than from their handicapping departments).

Surely our pattern and the status of our races should be assessed by the rolling ratings of the races by our senior handicappers with advice – perhaps – from Timeform, The Ratings Bureau or, indeed ANZ Bloodstock News-Racing Post or any other reputable handicapping source.

The pattern is one of my many, many bugbears as I get older and grumpier.

Race clubs have had an influence in the past which is a nonsense. Naturally, they want as many Group 1s as possible which diminishes the value of the pattern and is misguided, in any case, as it is the quality of the fields which attract racegoers and punters, not the race’s Group designation.

You cannot fool the public.

Seriously, you could pick any group of knowledgeable racing people and they could rough out a fairly accurate assessment of which races are deserving of what status – to be confirmed or amended by the handicappers assessment of the races over a rolling period.

The key question is, and always should have been, in determining Group 1 status is the element of defined target race which brings together the best eligible competitors – at their peak – more often than not.

Thus you really can’t have both the Orr Stakes and the Futurity Stakes, over the same course and distance at the same time of the year, with Group 1 status.

The Memsie Stakes, yet another at that course and distance, probably has to move to Caulfield Cup week to maintain Group 1 status.

Can we really have the Underwood, Turnbull and Caulfield Stakes all with Group 1 status leading into the Cox Plate? Is the Makybe Diva a Group 1 target race?

Can Group 1 status be justified in Sydney for the Chipping Norton Stakes, Canterbury Stakes (you’re kidding me) and Winx Stakes (so early in the season)? I would doubt it unless the numbers consistently say otherwise over the past five to ten years. Should we pick one out of the Coolmore Classic or Queen Of The Turf for the mares?

I would have my doubts about races like the ATC Sires and Champagne Stakes and see the J J Atkins, in Brisbane, as more the Group 1 finale for juveniles.

Queensland races including the BTC Cup and Winter Stakes demand assessment while others could be queried in South Australia and Western Australia but I understand sensitivities there. Thus, let the numbers men make the decisions and eliminate any perceptions of bias or interference.

There is an opportunity for a wholesale rethink if the determination is to uphold the integrity of our racing and breeding. Should “sales” races necessarily be condemned to restricted status if they rate higher than so called “open” races?

Should we have as many as 20 Group 1 races restricted to three-year-olds? Not sure that underpins the integrity of the pattern and the breeding industry – rather it provides a plethora of opportunities (excuses) to stand a Group 1 winner. Stand me, please, the Group 1-winning three-year-old who’s also beaten all comers at the highest level.

Once a pattern committee has such matters in hand we can establish the “coordination” committee to ensure new races are slotted into the calendar to appropriately dovetail with existing races.