The Nature Strip and Eduardo rivalry not over yet 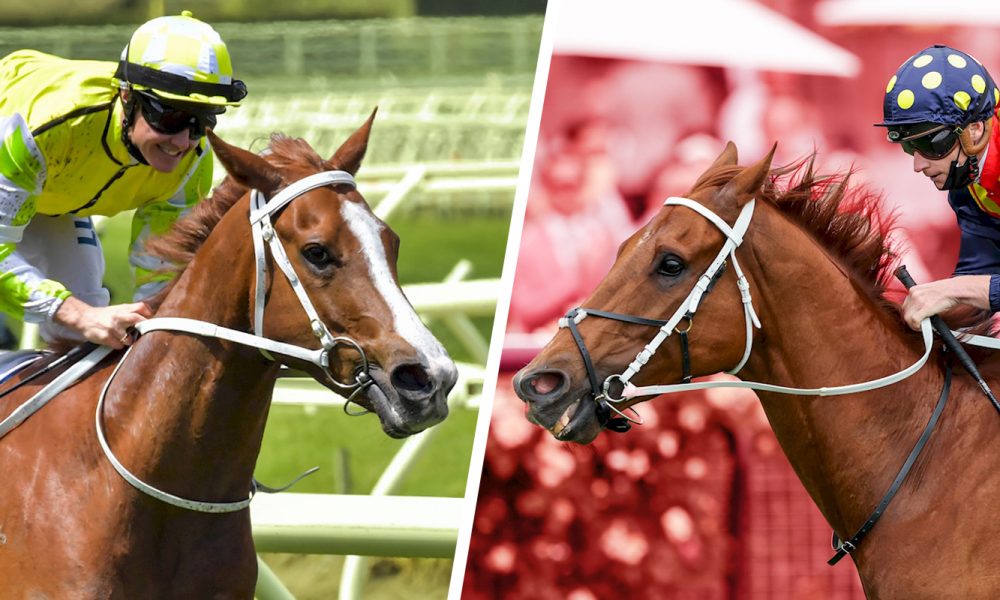 Royal Ascot winner Nature Strip has cast a massive shadow, in terms of prize–money and Group 1 races won, over his principal rival Eduardo.

However, there’s not often been a great deal separating the pair and, remarkably, the competition is not yet over between these two evergreen sprinters who’ve headlined racing’s press since the retirement of Winx.

They met for the first time in the Oakleigh Plate of 2019, just two months before the four–time Cox Plate winner Winx was retired. Eduardo, then trained by Sarah Zschoke, ran a herculean race to finish third – from gate 17 – in that Group 1 handicap at just his sixth race start.

A then headstrong Nature Strip, having his second start for Chris Waller (after gracing the Smerdon, Hickmott, Sadler and Weir barns) unsurprisingly wilted to run tenth after leading and wilfully running breakneck 10.1 and 10.2 splits between the 1000 metres and 600 metres.

Eduardo would join his current trainer Joe Pride after seemingly losing form with just two placings in his next six starts and following his sale (albeit with the original owners staying aboard). Meanwhile, Waller would eventually manage to contain Nature Strip’s exuberance.

The nine-year-old Eduardo and the eight-year-old Nature Strip have now clashed ten times with the score 6-4 in favour of the latter. It’s 4-3, still to Nature Strip, in their past seven meetings in which neither horse has finished outside the first three.

Nature Strip has won eight Group 1 races and $18.4 million in prize-money compared to Eduardo’s $6.7 million. He’s ‘only’ won two Group 1 races, but has been placed in another five.

The gulf between the two, however, is not accurately illustrated by the numbers.

Both have become fan favourites. In Nature Strip’s case, moreso later in his career with a winless 2020 spring now an aberration and after the jingoism which accompanied his King’s Stand Stakes win at Royal Ascot earlier this year.

Eduardo has gained the affection bestowed on all perceived underdogs. It’s an affection shared by his trainer, who is looking forward to renewed bouts with Nature Strip, following Eduardo’s emphatic first-up win in the Concorde Stakes last Saturday.

“He’s a lovely horse,” Pride said yesterday as he told ANZ Bloodstock News that the horse had pulled up “really well” from his first run since April when second to Nature Strip in the TJ Smith Stakes.

“Wish I had more like him, for obvious reasons,” Pride said, “no, but temperament wise he’s great. He’s a bit spoiled, a bit aloof. He knows he’s important and has to be first out in the morning but that’s OK.

“I love these older horses. You can count on them, you know what you’re going to get every time you send them to the races. With Eduardo, there’s not much difference between his good and bad days”.

Pride has previously extracted a high level of performance, until late in their careers, from a number of sprinters including Terravista, Tiger Tees and Ball Of Muscle.

He insists, as he did before last Saturday’s win, that Eduardo has been lightly raced and maintains the necessary soundness and enthusiasm for racing.

“Management-wise, he’s pretty straightforward. We don’t do anything much out of the ordinary with him. His feet were starting to show signs of a little wear and tear after his last prep which is why we gave him a decent spell.

“He’s sound and he’s arthritis free but he wasn’t pushed as a young horses and I think most issues arise with horses who are over-taxed as juveniles.

“And, importantly, he came through last Saturday’s race really well. There’s always a little concern when they return on a very heavy track but he’s come through it without any issue and we can look forward to the rest of the spring,” Pride said.

“It’d be nice to get the next two,” Pride said in reference to the current scoreline in Nature Strip’s favour, “it’s a lot of clashes between two very good horses isn’t it and hopefully it’s not finished yet. Reminds me a bit of Better Loosen Up and Super Impose and the clashes between all the good horses in the nineties.”

Pride recalls that he couldn’t fault the horse when Eduardo arrived at his yard in mid-2020. “I remember that run in the Oakleigh Plate which was exceptional for a horse having just his sixth start.

“He’s strengthened up since then and he’s a lot easier to ride now but the natural talent’s always been there,” he said.

An observation not dissimilar to some of Chris Waller’s comments about Nature Strip’s maturity.

Pride said he and his owners had no misgivings about not heading to England this year, despite the ease of Nature Strip’s win, and nor were they likely to entertain a foray to Hong Kong at the end of the year.

“The prize–money is just too good here. We’re leading the world and while I understand the notion of a once in a lifetime experience, there’s always a risk with international travel, and now the incentives are even greater here with various sprint race bonuses on offer,” he said.

Pride was also pleased with last Saturday’s return of his possible cups contender Stockman who finished sixth behind Knight’s Order in the Chelmsford Stakes.

“He ran well. You couldn’t make ground on that track and he settled at the tail. He’ll go to the Kingston Town [Stakes] now and there’s a good chance he’ll get to Melbourne provided the tracks aren’t too firm,” Pride said of the six-year-old who was runner-up to Duais in the Group 1 Tancred Stakes last autumn.