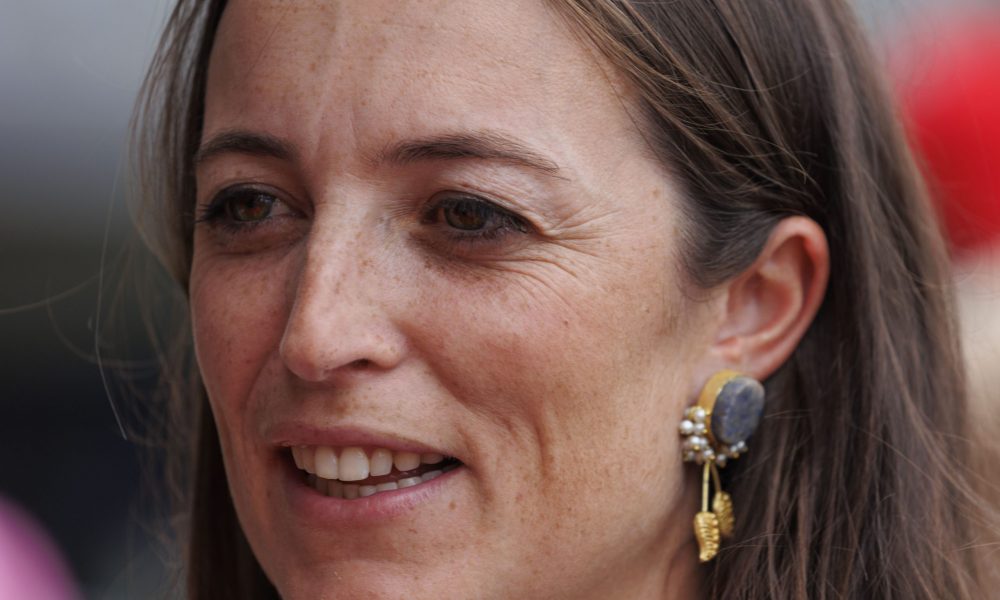 The Cox Plate is still begging for Annabel Neasham, but that does not alter the fact that her story is almost certainly unrivalled in terms of immediate impact in Australian racing.

Six Group 1 winners; another in waiting courtesy of her Australian debut Group 2 winner My Oberon last Saturday, and more runners in the Cox Plate than any of her leviathan and longer–established training rivals highlights just what she’s achieved in only 27 months as a trainer.

I am not the first (and certainly won’t be the last) to muse on Neasham’s remarkable start to her career, but to this point I fancy the magnitude of what she’s done has been underestimated. Perhaps even by the woman herself.

“I don’t think it was until after she won the Epsom, which is such an iconic race, that she grasped how big a deal it is that she’s winning these races,” said accomplished broadcaster and horsewoman Lizzie Jelfs, who is also Neasham’s friend and sometimes working colleague.

“She’s very, very good at what she does and has an amazing work ethic. It’s quite a story,” said Jamie Lovett, co-director of Australian Bloodstock who owns the Epsom winner Top Ranked (who dead-heated with Ellsberg). A win which complements her three top level wins with Zaaki and two with Mo’unga.

Neasham, 32 next month and born in England, came to Australia only six years ago. Given that, her success stands out – even in this new era of training newcomers making a mark relatively quickly. Think Mark Newnham and Bjorn Baker in Sydney; now Clayton Douglas in Melbourne; Jamie Richards and Andrew Forsman from New Zealand and – further afield – Joseph O’Brien and James Ferguson.

However, they’ve either all hailed from entrenched and successful racing families or had served long apprenticeships with incredibly successful trainers… and had the right backing. True, Neasham had support from Aquis Farm but despite her relative obscurity – and in a new country – she’s rapidly parlayed that into broader support from many of Australia’s biggest owners.

Consider that when the likes of Brian Mayfield-Smith, Lee Freedman and later Peter Moody, Chris Waller, Darren Weir and Ciaron Maher emerged to break the decades long dominance of the big three – Tommy Smith, Bart Cummings and Colin Hayes – they did so gradually. None had six Group 1 winners in their first two calendar years of training.

Fittingly enough, Neasham began working with Gai Waterhouse when she arrived in Australia. Consider that it was four years into Waterhouse’s illustrious career before she had her first Cox Plate runner.

Not that we should dare yet mention Neasham and Waterhouse (who boats 134 Group 1 wins) in the same breath; nor should such unfair burden of expectation be placed on Neasham; it is just to emphasise the premise of the story which is that nobody has ever done quite done what she has done so quickly.

The need for sponsorship, given she was on a working holiday visa, was met by Ciaron Maher and David Eustace, who would later have her manage their Warwick Farm stable.

In the interim, she won the gruelling 1000–kilometres–long Mongolian Derby in partnership with breaker Adrian Corboy (a late replacement for the injured Maher). That should have told us all we needed to know about her resolve.

It was at Warwick Farm that Neasham’s friendship with Lizzie Jelfs began. “We first met when she was looking after Ciaron and David’s horses and we got on really well,” said Jelfs who, for many years, travelled Lindsay Park’s best horses around the world.

“I was missing being around the horses, so it was great for me and I think she enjoyed having someone to bounce ideas around with. From the start, I thought to myself ‘she’s really got something’. I feel the same as you, that what she’s done is amazing. I admire her. I’d say I’m in awe of how she goes about things.

“I think she has an innate ability with horses, but more than that she has drive and confidence and business acumen. She’s already managed to put together a great team of people. She’s very competitive but also quite humble and absolutely focused on doing the best for her horses and her owners,” Jelfs said.

Zaaki, Top Ranked and My Oberon have been sourced in the UK by Neasham in conjunction with Blandford Bloodstock’s Stuart Boman (and with Australian Bloodstock in the case of Top Ranked). Boman, in conjunction with Neasham and Bennett Racing, secured Fawkner Park – a recent Irish maiden winner and half–brother to Group 2 Herbert Power Stakes winner Saracen Knight, at Monday’s Day 1 of the Newmarket Horses in Training sale.

Boman, whose introduction to Neasham came when she was the point of contact for Maher and Eustace – which mirrors Lovett’s experience – says he, like most, has been amazed at her meteoric success.

“I’ve never seen anything else quite like this in terms of how quickly she’s made things happen. Horsemanship is one thing, but getting people to trust you to source horses is quite another. She listens, she ask questions, she’s decisive and she’s willing to take a risk and jointly we make a call. I enjoy working with her,” said Boman whose first job, ironically, was working catalogue-in-hand with Gai Waterhouse when she began training in her own right in the early 1990’s.

And there are no misgivings from her former employers Maher and Eustace, while her former Ciaron Maher Racing colleague Lucy Yeomans credits Neasham with giving her the confidence to take on her current role as the group’s assistant trainer.

“She’s incredible, personable,” David Eustace said of Neasham speaking to Racing.Com. “She makes an impression pretty quickly. Her success has been remarkable, but she fully deserves it.”

Annabel Neasham may not yet have Gai Waterhouse’s orb and sceptre in her hands, but she certainly has the world at her feet.