‘To have a Hall of Famer go on and win a sire’s championship would be really special. It would be my proudest achievement’ 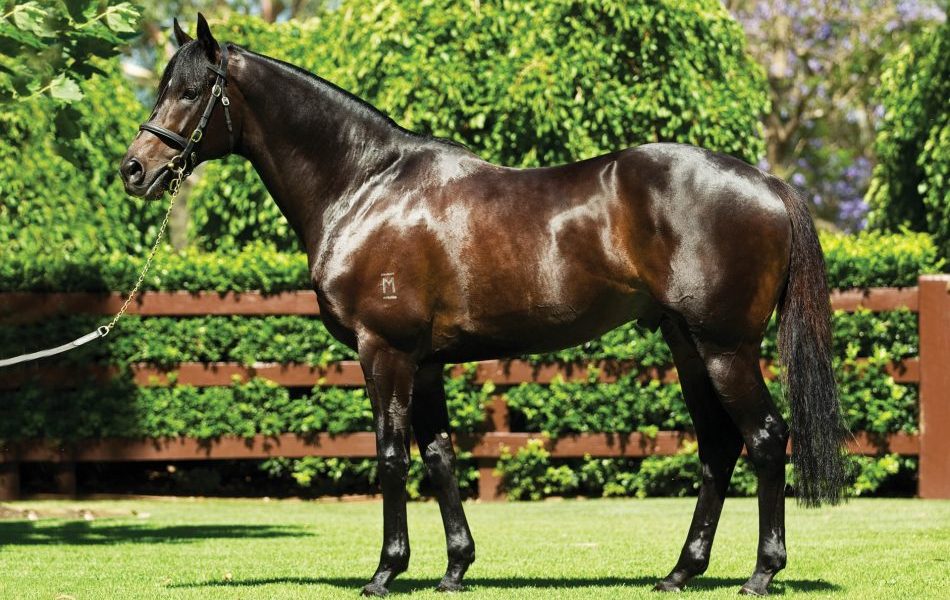 Regal and beautiful. So You Think (High Chaparral) lived up to his very good looks on the racetrack.

During the peak of his prowess, the ten-time Group 1 winner was the pin-up horse of Australian racing.

Pictures of him staring through the gloriously thick forelock of his handsome head regularly adorned the front covers of magazines and newspapers.

Such was his public following that when a large share of him was sold to Coolmore Stud and he ventured off to Ireland to see out his racing career, the nation mourned and his late great trainer Bart Cummings was left feeling devastated.

But what was deemed a controversial move at the time, has, without doubt, paid dividends, and now the rising 16-year-old is firmly in the conversation for a first Australian sires premiership.

He’s currently enjoying a benchmark season at stud having brought up his 40th individual stakes winner, Regardsmaree, in the MRC Vase at Sandown last Saturday. On the same day across in Adelaide, his highly talented three-year-old colt son Illation raced into Cox Plate (Gr 1, 2040m) calculations with an impressive win in the Nitschke Stakes (Listed, 1400m).

Bloodstock guru Duncan Ramage, who selected So You Think from the 2008 New Zealand Bloodstock Karaka Yearling Sale for $NZ110,000 and managed his glittering career while he raced in the chessboard colours of the late Dato’ Tan Chin Nam, couldn’t be happier with his achievements this season.

So You Think’s late owner Dato’Tan Chin Nam passed away in 2018 aged 93 and, sadly, is not here to witness the horse’s surge to prominence as a stallion.

“He would be enormously proud. It’s a crowning moment in his racing history. He always talked about wanting to leave a legacy. He’s famous for winning Melbourne Cups and for Think Big but So You Think will probably surpass all those achievements.”

Chin Nam’s remaining family are still co-owners of So You Think in partnership with Coolmore and Ramage says striking that deal has been pivotal in the success he’s enjoying as a stallion today.

“To turn that away at the time he might not be where he is today. You need the driving force of a stud like Coolmore to make these stallions. There are no regrets about – we were ahead of the time.

“It’s par for the course now that every major colt, regardless of who races it, is for sale straight away as soon as it starts winning something big. We were perhaps ahead of the time. We were selling an experienced colt off the track and securing stallion duties with him and we did it with Coolmore and look at the result.

“We are still co-owners and in a JV with one of the world’s leading stud farms so we picked the right partner,” he said.

Ramage religiously watches So You Think’s stock on the racetrack and believes the best is yet to come.

“The crop that is in the bellies of mares at the moment and foals and two-year-olds on the ground now are from some of the best mares he’s had. His stock won’t dwindle for lack of quality or mare numbers. He will maintain his rank for more seasons to come.”

So You Think is setting the pace in the Australian sire’s premiership at the moment and headed toward winning his first title since being retired to stud in 2012 after his Prince of Wales (Gr 1, 1m 2f) win at Royal Ascot while in training with Aidan O’Brien at Ballydoyle.

“You will be hard-pressed to say he won’t remain at the pointy end of the sire’s list for the next five seasons at least.

“If he keeps producing like he is at the moment he might win the sire’s title. He’s got to stave off I Am Invincible and Snitzel but he could get a big money winner before the end of the season.

“He’s had two new stakes winners so it’s not the same horse racking up the wins all the time. He’s not a one-trick pony.”

Ramage’s adulation for So You Think as a stallion is fuelled by more than sentiment. He’s backed up his high opinion of the horse in the sales ring and this year bought the two most expensive yearlings by him at the Inglis Australian Easter Yearling Sale as well as at Karaka.

He paid $400,000 for a colt out of the stakes-placed Anabaa mare Gladwell at Easter and in New Zealand, he went to NZ$380,000 to secure a filly out of Lagertha (Exceed And Excel) who is very much in the mould of her father.

The colt will be trained by John Sargent at Randwick while Phillip Stokes has been entrusted to train the filly.

“We are actively sourcing his progeny. It suits the Tan family to buy yearlings to race. We have, where we can afford them, been buying them and it’s proof we are reinvesting into the horse. We are putting in what we are getting out.

“We bought four last year, of which one has raced so far. Perfect Thought ran fourth in a stakes race on Anzac day and looks like a promising beast himself.”

Ramage has closely observed the strong stamp So You Think is putting on his horses and pointed to the fact that, like many of the world’s greatest stallions, he’s a rare true-breeding bay.

“He’s a true-breeding bay. I haven’t seen a chestnut and I don’t believe you will see one. Historically some of the very best stallions have been true-breeding bays and he’s one of the rare stallions that is that and that’s showing his dominance over the mares.”

There’s no question So You Think is headed for greatness in the stallion ranks. Inducted into the Australian Racing Hall of Fame in 2019 for his achievements on Australian and international racetracks, he is set to join an elite list of racing inductees including Heroic, The Barb, Vain, Grand Flaneur, Star Kingdom and Danehill that have all been champion sires.

“To have a Hall of Famer go on and win a sire’s championship would be really special. It would be my proudest achievement,” said Ramage.

So You Think, at the time of writing, leads the Australian sire’s premiership by earnings by just over $400,000.

I Am Invincible (Invincible Spirit) is sitting second while the deeds of sprint sensation Nature Strip have pushed Nicconi (Bianconi) up to third.