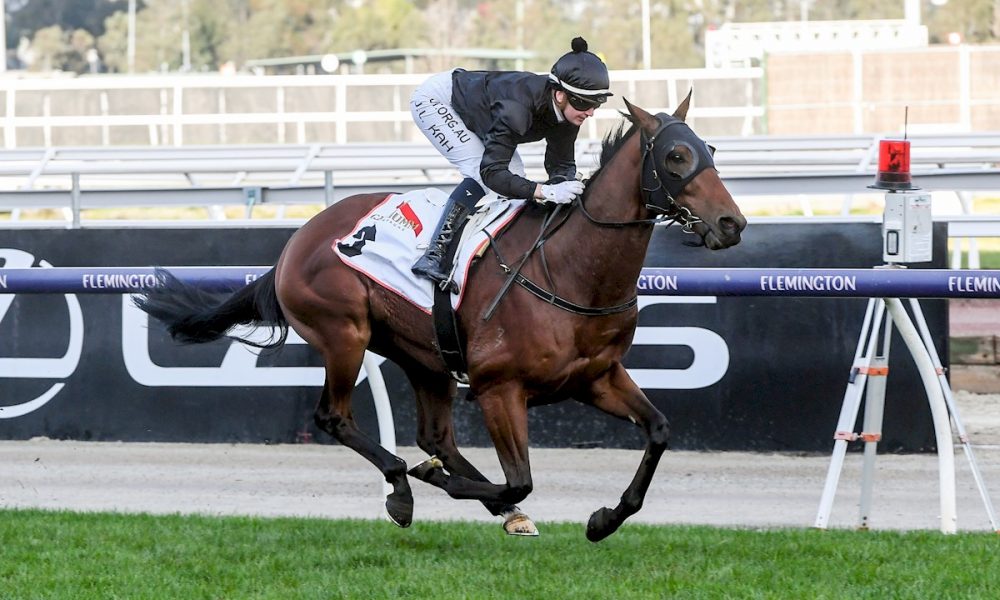 Many breeders see questionable benefit in delving back more than three or four generations in a pedigree, reasoning the influence of ancestors there begins to dilute.

But one man is adamant that’s where things only start getting interesting. And we should probably listen, for he bred a three-state treble on the weekend. Oh, he’s also bred a few others such as Jameka, Ole Kirk, All Too Hard, and another one called Black Caviar.

For Gilgai Farm’s Rick Jamieson, the sire and dam, though obviously important, are virtually just the chassis and the trim. You have to look a lot further down to find the engine that drives the whole thing, to see where the magic in a pedigree happens. And sometimes the alchemy, the winning nicks and crosses, can be found as many as ten generations, or almost a whole century back.

“I’ll go back nine generations, and if I have to dig deeper I’ll go to ten,” Jamieson tells It’s In The Blood. “I study pedigrees. It’s a hobby, or an obsession. Two, three or four generations is nowhere near deep enough to be looking. The spread for me is mostly somewhere between four and nine.”

Take exciting young stayer Token Spirit, bred by Jamieson and the imperious winner of Saturday’s 2500-metre Mahogany Challenge Final at Flemington – in between Oscar Zulu saluting for Gilgai at Rosehill and Real Charisma completing the treble at Belmont.

Jamieson won’t claim it was easy, but the portents were there to give Token Spirit a good chance of being successful.

He’s by Wandjina, the Australian Guineas-winning son of Snitzel who’s about to stand at Victoria’s Larneuk Stud for $8,800, having kicked off at Newgate Farm for $33,000 in 2015.

The dam, Miss Keepsake, represents abundant staying class, having won the 2010 Queensland Oaks and placing in two other Group 1s in the Queensland Derby and the 2012 Queen Of The Turf Stakes, when beaten only by More Joyous.

Jamieson has largely steered clear of staying types for the past decade, but did pay $400,000 for Miss Keepsake at the 2012 Magic Millions National Broodmare sale. Token Spirit is her third named foal, after the unraced Oz (Onemorenomore) and Collectable, a five-year-old Sebring mare who’s won two in the bush in Victoria.

“Miss Keepsake is an Oaks winner, and any horse that can run at that level is always going to catch my eye,” says the man known as Harry the Hirer for the events supplies business (mostly marquees) on which he built his empire. “Stayers is not the best place to be when you’re trying to earn a quid in Australia. International horses have consumed a lot of the market now. But I do keep a few staying mares to dabble in that sort of distance, and Miss Keepsake was simply a good enough mare.”

Jamieson says he most likely wouldn’t patronise Wandjina today, but in sending Miss Keepsake to him in his second season he was seeking a rich blend of Danehill (foaled in 1986), with the French stallion Casterari, who was foaled the year Phar Lap won the Cup, in 1930.

Token Spirit, who fetched $300,000 at the Magic Millions Gold Coast Yearling Sale in 2019, has a 4×3 double dose of Danehill, running on the sire’s side through Redoute’s Choice-Snitzel-Wandjina, and through Miss Keepsake’s sire, Keeper. Jamieson says that cross becomes dynamite when mixed with lines from Casterari, even if he is eight generations back in Token Spirit’s pedigree.

It’s even better, in this case, when Casterari flows through his grandson Le Filou, sire of Gay Poss, the 1966 AJC Oaks winner, who really kicks off this quality bottom line of the pedigree through My Tricia-My Tripos-Jacilo-Miss Keepsake.

Into the bargain with Token Spirit, Jamieson will also enthuse about the double presence in Wandjina’s pedigree of 1943 Epsom Derby winner Straight Deal, through the Straight Deal-Silly Season lineage that hatched Lunchtime, Wandjina’s paternal fourth sire and maternal third sire.

The presence of Buckpasser five generations back on Wandjina’s maternal side, also rates a strong mention amid all the strands that went into making Token Spirit. So, too, Buckpasser’s fellow 1963 throw Hermes, whose mating with Gay Poss produced My Tricia (Sir Tristram). She was the dam not only of My Tripos but her outstanding Group 1-winning full brothers Grosvenor and National Gallery.

With this many layers informing a breeder’s thinking, things can all become extremely complicated (if they haven’t already!). To help, Jamieson has developed his own software to sniff out these “clusters”, as he calls these patches in pedigrees where the juiciest nicks can be found. Suffice to say, there’s not much that qualifies as “ancient” history when Jamieson pores over pedigrees, if you consider some foaling dates in Token Spirit’s pedigree.

“I sent Miss Keepsake to Wandjina because I wanted a horse with Danehill in the pedigree, because Miss Keepsake’s got a really strong repeat through Danehill with Casterari, which has been incredibly powerful in a lot of pedigrees. That’s Miss Keepsake’s strength, I think.

“With Token Spirit, we’ve got double Danehill. That’s something I’d normally steer away from unless there’s something sitting behind it, such as this Casterari link.”

Almost like ocean currents, Jamieson’s nicks can be hard to detect with the naked eye, but as he says: “They’re all over the place. You’ve just got to find the right cluster.”

He points to Vinery’s All Too Hard, who “could be a really good stallion” but particularly when crossed with mares descending from Bois Roussel, a French stallion foaled in 1935.

“If you mate All Too Hard with any line of Bois Roussel, you’ve got about a 4-1 chance of breeding a horse that will earn you $150,000 or more, and Bois Roussel might be eight generations back,” Jamieson says. “It’s still a thousand to one to breed a good horse. But this improves your odds enormously.”

All this said, Jamieson firmly believes you still need to breed “from a dam who could run herself”, such as Miss Keepsake, even if Black Caviar’s dam Helsinge was one kind of exception, being unraced.

“Too many people breed from horses who couldn’t run. They’re taking a massive risk. If you’re breeding from a horse who could run, as long as they haven’t had too many runs, say more than 30, you’ve got a much better chance of breeding a good one,” he says.

With that also said, Jamieson feels too many owners of quality racemares have made the mistake of jumping at “the best sire in the land” in their breeding careers, rather than taking a more holistic approach to building a complementary pedigree. He cites outstanding stayer Jameka as a better template, calling owner Colin McKenna’s first choice of Darley’s untried Impending – a racetrack sprinter – an inspired move.

“Jameka was the highest-rated middle-distance mare in the world. No one would think of sending a mare like that to a stallion like Impending. But it’s a really well put together pedigree,” he says of the mating that’s produced a rising two-year-old colt. “I’ll be shocked if she doesn’t breed a good horse.”

And so, what most excited Jamieson in breeding Token Spirit, was the cross of a 1986 stallion in Danehill with another born 56 years earlier, Casterari. In thoroughbred breeding, the circle of life can be a vast one indeed.

But Jamieson is perhaps even more excited about Miss Keepsake’s weanling colt by So You Think, who’s “as nice a horse as you can breed” and should earn well at next autumn’s Inglis Melbourne Premier Yearling Sale.

“The So You Think mating is a stronger mating than all of them. It’s got So You Think’s strongest nick in it – Feola,” he enthuses about a mare born in 1933, as he sets off down another of breeding’s fascinating pathways.