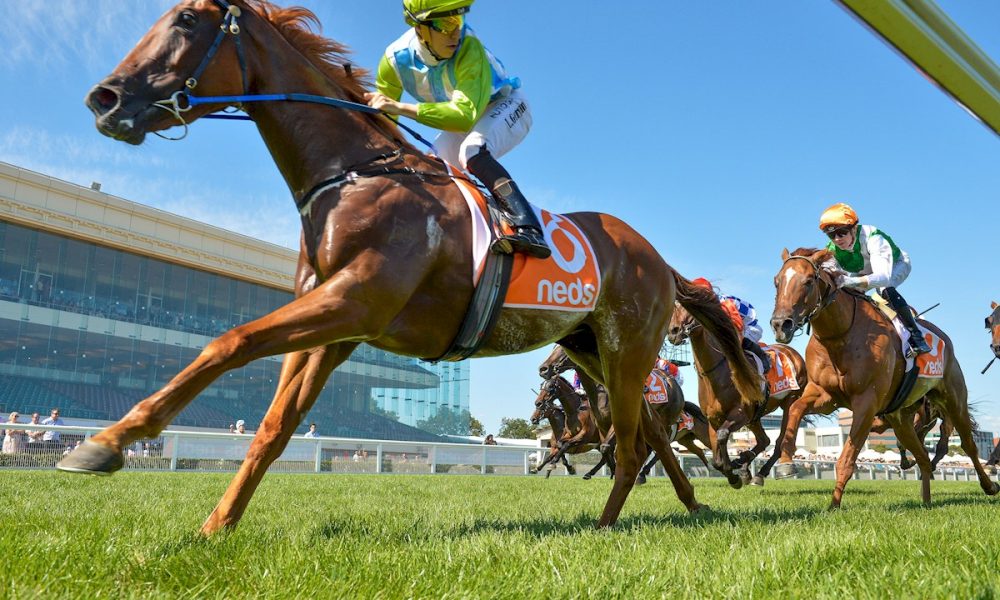 “She’s a really fast mare and a good sort. Her record speaks for itself, in a sense. She could have won a stakes race but her quality is undoubted, and that quality is hard to come by,” Two Bays Farm’s Rob Carlisle said yesterday, who revealed the farm had been seeking to add to their broodmare band on the Inglis Digital platform in recent months.

“We valued her between $300,000 and $400,000. We’ve been on a couple of other mares on the Inglis Digital platform and either been right at the end of our limits or been blown out of the water, so it’s good to land one,” he said.

“If we could get more of these mares at the prices you put on them we’d have more of these fillies in the barn, but fortunately enough she fell in between where we thought she would.”

Newgate Farm’s Deep Field (Northern Meteor) is the forerunner to serve the mare this spring, but Carlisle said a decision would be formalised in the coming days.

“We have a stallion in mind, but this time of the year you’ve got to do the ringaround and see what’s available. We might have to do a reshuffle with a couple of other mares on our books that haven’t foaled yet. But there’s a couple of options we need to discuss in the next day or two and see where we end up,” he said.

The mare is a brother to the Duryea-trained Creswick Stakes (Listed, 1200m) winner Front Page, who has won four of his nine starts and earned a selection for the lucrative Kosciusko (1200m) at Randwick on October 16.

“It’s very much a dynamic family. There were offers knocked back from Hong Kong for him (Front Page). He can run along a bit as well and it’s just a fast family,” Carlisle said.

Out of five-time winner Stacey Lee (Bel Esprit), whose Dundeel (High Chaparral) filly sold for $220,000 to Symon Wilde and Pinhook Bloodstock at this year’s Inglis Easter yearling sale, News Girl retires with five wins from 18 starts and more than $330,000 in prize-money.

A homebred for Duryea who purchased the dam Stacey Lee for $20,000 as a weanling, the veteran trainer was delighted with the outcome.

“She’s a bloody ripper but the time comes, especially with a syndicate horse, that you need to sell and we couldn’t be happier with the result,’’ Duryea said.

“We had a lot of offers privately for her and knocked back $300,000 just the other day because we believed she was a better mare than that.”

The second highest priced lot of the 396-strong catalogue was Savabeel (Zabeel) mare Chintz, who realised $235,000 when selling to Cunningham Thoroughbreds and Clarke Bloodstock.

The New Zealand Group 2 winner and dam of Wakefield Challenge Stakes (Gr 2, 1100m) winner Not An Option (Not A Single Doubt) was sold having not been served last year. She has a two-year-old filly by Invader (Snitzel) named Ruby Society.

Mitch Cunningham said they were likely to target a son of the now-pensioned stallion Not A Single Doubt (Redoute’s Choice) with the 12-year-old mare, with Kia Ora’s Farnan and Widden Stud’s Anders under consideration.

“The obvious one for us is to go to a son of Not A Single Doubt which would make that foal a three-quarter to Not An Option … so down a Farnan or Anders route but we haven’t got that far yet to be honest,” he said.

“Even proven stallions like So You Think or Pierro are good options but we’ll make the call in the next day or two.

“She’s an outcross to Danehill and there’s plenty of upside with the family so we have plenty of options there.

“She was Group 1-placed herself, she’s a sprinter/miler which is a great commercial proposition in the Australian market so we’re thrilled to have got her today.”

Elsewhere, the Grahame Begg-trained three-year-old filly Libiamo (Written Tycoon), a winner on debut in her three-start career, sold for $150,000 to Cranton Bloodstock, while the Superhorse Trust reduction of 43 horses grossed $340,000.

Overall, the sale grossed $5,310,950 at a clearance rate of 81 per cent. The Inglis Digital offering continues in the coming days, with bidding on Gimcrack Stakes (Gr 3, 1000m) winner Every Rose (Choisir) set to open today and will close at 4pm tomorrow.