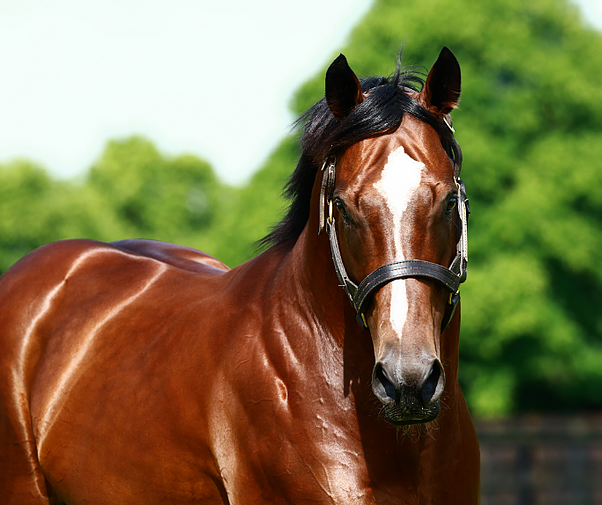 A fast-finishing fourth in the Hong Kong Derby (Listed, 2000m) on March 20, Senor Toba added to the subsequent strong showings of Derby runners, with winner Romantic Warrior (Acclamation) having won the QEII Cup (Gr 1, 2000m) on his latest start just over a week ago and California Spangle (Starspangledbanner) running Golden Sixty (Medaglia D’Oro) to within two lengths in second in the Champions Mile (Gr 1, 1600m) on the same card.

For Toronado, who last week it was announced would stand this coming breeding season in Australia at a career-high fee of $88,000 (inc GST), it’s been a rapid rise to ascendency in Hong Kong.

His first runners in the city in 2020 started with a bang, yielding three winners from five starters, including the three-time winner Master Montaro and the subsequently stakes placed Lucky Express, while Senor Toba’s success on Sunday sees Toronado break into the top ten on the Hong Kong sires premiership, with eight winners from 13 runners this season and HK$23,316,250 in progeny earnings.

“I get at least one call a day from agents in Hong Kong wanting colts or geldings by Toronado,” Swettenham’s Sam Matthews told Asia Bloodstock News. “That secondary market for people buying colts and geldings, it’s just insane. I’ve never seen demand for a particular stallion that we’ve got in Toronado and Deep Field.

“I remember (Senor Toba) going through Mill Park’s draft (as a yearling) and he was a lovely horse. I was at the Queensland Derby when he ran second and the plan was always to get him to Hong Kong and, as we know, it sometimes takes them a little while to acclimatise, but he’s been performing well of late.

“I’d be surprised if there’s not more Group wins to come and a Group 1 down the line.”

The first foal out of the stakes placed Teofilo (Galileo) mare Bahamas, herself a half-sister to the Group 2 winner Affair To Remember (Toronado) and stakes placed Exodus (Bernardini), Senor Toba was a $180,000 buy for Hermitage Thoroughbreds from the Mill Park Stud draft at the Inglis Premier Yearling Sale in 2019.

The gelding won two races in Australia for trainer Chris Waller before his second in the Queensland Derby (Gr 1, 2400m) and subsequent export to Hong Kong, where he is now owned by the Willie May Syndicate.

Toronado currently has 13 registered progeny in Hong Kong, including this season’s hat-trick-winning Sight Spirit, who was purchased by John Foote, also from Mill Park Stud at the Magic Millions Adelaide sale, as a yearling for $80,000 and the John Size-trained Lucky Express, who finished second in the Chinese Club Challenge Cup (Gr 3, 1400m) earlier this year.

Toronado’s progeny in Hong Kong have won between distances of 1200 metres and 2400 metres, while his Group 1 winners in Australia, Masked Crusader and Shelby Sixtysix, are both sprinters, with Senor Toba coming to within a head of Group 1 success in the Queensland Derby over 2400 metres.

Toronado, who has also stood the previous eight seasons in the northern hemisphere at Al Shaqab’s Haras de Bouquetot, has 24 individual stakes winners worldwide to date, for 40 stakes wins.

And it’s the stallion’s versatility which Matthews sees as just one of the reasons Toronado has, so far, been a roaring success in the city.

“You can get horses (by Toronado) which are targeting the Hong Kong Derby and horses that are targeting Group 1 sprint races up there,” Matthews said. “We hear from the likes of David Hayes about the talk of Toronado up there between all the trainers and the owners, and the smart people have been trying to get hold of the colts and geldings with the right profile, with good x-rays, and have done very well out of them.

“I’d be surprised if there’s not another ten or 15 of them heading up there in the next 12 months or so, because the demand is just crazy. There are offers coming through for trial or jump-out winners, doesn’t have to be a winner on the track

“It’s the ability of the progeny to cop the work and be comfortable in the environment. They don’t need to be out there with other horses and they are almost machine-like in the way they go about it.”

Toronado’s new imports include a three-year-old PPG out of Noetic (Cape Cross) bought for $180,000 by Golden River Investments in training with Danny Shum, while two yearlings were snapped up by Hong Kong buyers at this year’s Australasian yearling sales, each for $180,000, by Bon Ho’s Legend Racing and Anthony Fan’s Hong Kong Bloodstock along with Andrew Williams Bloodstock.

The progeny of Newgate Farm stallion and Hong Kong sires premiership leader Deep Field (Northern Meteor) has dominated buyers’ attention across this year’s Australasian yearling sales season so far, with his progeny accounting for almost 15 per cent of all aggregate money spent by purchasers from the city in 2022.

Zoustar (Northern Meteor), aided by the Hong Kong Jockey Club’s $1 million purchase of a yearling at last month’s Inglis Australian Easter Yearling Sale, the most expensive colt to head to Hong Kong from this year’s yearling sales, and a $900,000 purchase of a colt by Asian Bloodstock Services, was the next most popular by gross, with five yearlings by the Widden Stud stallion snapped up by buyers from the city for an aggregate spend of $2,440,000 at an average of $480,000.

While Deep Field also leads the way by numbers (19), the progeny of Pierro (Lonhro) have also proven popular with Hong Kong buyers. The Coolmore stallion had eight yearlings bought by purchasers in the city at an average of $208,750 and to a high of $380,000 – a colt bought by the Hong Kong Jockey Club from the Zhongli Thoroughbreds draft.

The benchmark $1 million Zoustar colt purchased by the Hong Kong Jockey Club at the Inglis Australian Easter Yearling Sale last month was the second foal out the Group 2 winner One More Honey (Onemorenomore), whose first foal Man In The Mirror (Not A Single Doubt) finished second in this season’s VRC Sires’ Produce (Gr 2, 1400m).

First season sires to have progeny heading to Hong Kong stables in the future include Waikato Stud’s Ardrossan (Redoute’s Choice), who had two yearlings sell for $130,000 and $100,000 respectively, the former by Tartan Meadow Bloodstock, and Brave Smash (Tosen Phantom), whose two yearlings to sell to Golden River Investments fetched $200,000 and $170,000.

Justify (Scat Daddy) will have four yearlings potentially race in Hong Kong. The sire was another to find favour with Golden River Investments who purchased two colts by the stallion, going to $260,000 for a colt out of the stakes-placed mare Luskintyre Lass (Snitzel) from the Yarraman Park Stud draft at the Magic Millions Gold Coast Yearling Sale.

Paul Chow’s Tartan Meadow Bloodstock and Golden River Investments have been the most active buyers across yearling sales this year, each purchasing 19 yearlings, while the Hong Kong Jockey Club made the biggest outlay, spending $6,765,000 on 14 yearlings.

Other notable buyers included John Foote Bloodstock, who has purchased 17 yearlings so far this sales season for an outlay of $1,567,000, and Merrick Staunton, whose 14 buys have come at a total cost of $2,070,000.