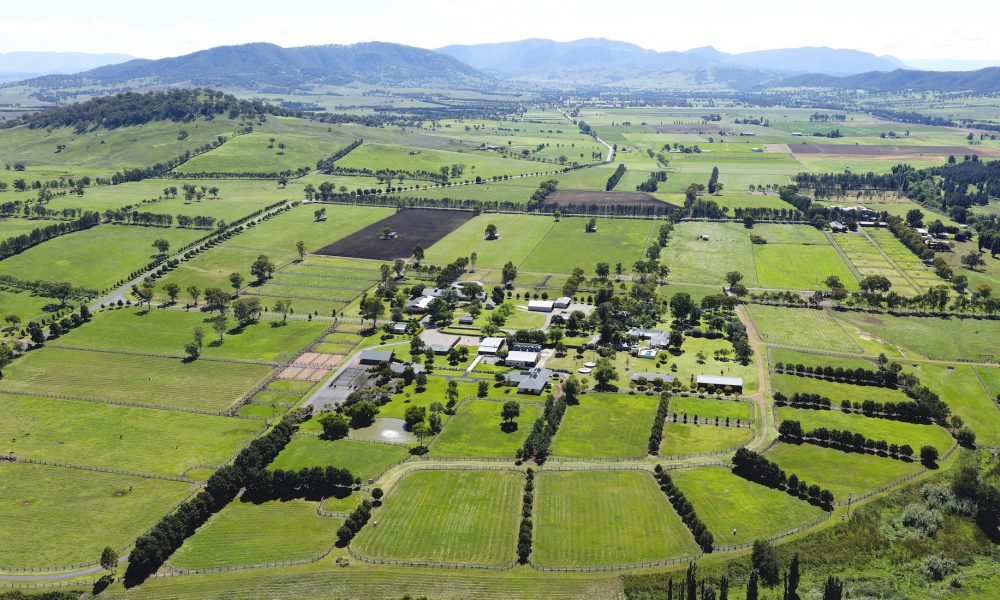 Neighbouring stud farms Vinery Stud and Kia Ora Stud have established an agreement to consolidate their operations, in a move that will see the new partnership become one of the most significant property owners in the thoroughbred industry.

The pooling of the two farm’s resources, including both properties which are split by the Pages River, will see the combined operation holding more than 5,500 acres of land in the Segenhoe Valley, to become the largest thoroughbred operation in the immediate area.

An agreed ownership structure and equity in the revamped consortium group is yet to be finalised, but both Vinery and Kia Ora will retain their individual branding and existing bloodstock, with McCann, an existing partner within the Vinery Stud consortium, being appointed as Kia Ora’s chairman with immediate effect.

Both farms have invested in their broodmare bands and, similarly, these will retain their existing ownership arrangements.

McCann, the former CEO of real estate company Lendlease and most recently Crown Resorts, believed the merger presented several opportunities for both Kia Ora and Vinery within the bloodstock industry.

“The way that we look at it is that there are some great aspects of both businesses,” McCann, who has bred horses in partnership with Krishnan for more than 20 years, told ANZ Bloodstock News.

“The most significant of that is the combined property. We’re going to be at more than 5,500 continuous acres of some of the best horse property in the country. So that offers something that very few farms can offer and hopefully clients will benefit from that.

“The pooled expertise and knowledge takes us to another level, as does the combined capital and resources, but we’ll formulate our own strategy.

“It will be business as usual to a large extent. But, moving forward, we will be combining together on the acquisition of bloodstock and stallions et cetera, and making sure that our best combined resources are working together across a number of areas.”

Established in 1998 by Dr Tom Simon, Vinery was taken over by the six prevailing investors in the stud in 2003, and Vinery’s long-serving general manager Peter Orton said the addition of Kia Ora stud’s Krishnan to the partnership reinforced the ideal behind Vinery, when Harvey, who also owns Baramul Stud in the Widden Valley, and other prominent investors first pooled their resources together.

“The original Vinery model was set up that way so that it brought in some active participants within the industry, who still have the option to have their brand, but benefit from working together and having likeminded people together. It’s quite exciting with what each business can add to the other,” Orton told ANZ Bloodstock News.

“The integrity of Vinery, it will continue to do what it’s doing with its people and the clients that it’s got, and we’ll continue to produce that level of service that everyone understands. Kia Ora will do the same thing.

“It will pretty much run independently, but there’ll be some really positive crossovers where we see the opportunity.”

Those purchases included a $1.8 million Exceed And Excel (Danehill) half-brother to Group 3-winning two-year-old Empire Of Japan (Snitzel) in partnership with Tony Fung Investments, and all purchases and ownership structures in acquired bloodstock preceding the merger between Vinery and Kia Ora will remain unaltered.

However, Orton and McCann believe that in future the new partnership will enable Vinery and Kia Ora to play a prominent role in the very highest echelons, and across all areas, of the bloodstock industry, with the suggestion that the group could be active at upcoming yearling sales in pursuit of high-end colts and fillies.

“The pooling of resources – capital and people – makes sure we’re able to identify the very best bloodstock opportunities and puts us in a pretty strong position,” McCann said.

“There are a lot of very active syndicates out there trying to acquire the next big stallion opportunity and I think this pooling of resources and capital means that we’ve got a great opportunity to have interest across the board.

“In acquiring stallions, there’s various different ways to do that, and we’ve got the resources, the capacity and capital to do that. It’s not really driven by competing against the existing colt syndicates, we’ve got our own strategy and our own approach and we’ll refine that as we go forward.”

McCann and Orton confirmed there would be no further alterations in staff for the immediate future, while Orton welcomed the investment in the Vinery group of Krishnan, who acquired Kia Ora Stud in 2000 and reintroduced stallions to the farm in 2021.

“I think it’s pretty clear what Ananda loves in the industry and wants to do and I think it’s clear what Vinery does and the standard we do so at. It’s a case that we keep doing that. We’re not about to change anything,” said Orton.

“When resources like that come together, opportunities arise. We’re not trying to copy anyone else, it’s a case of enhancing what we’ve already got.”