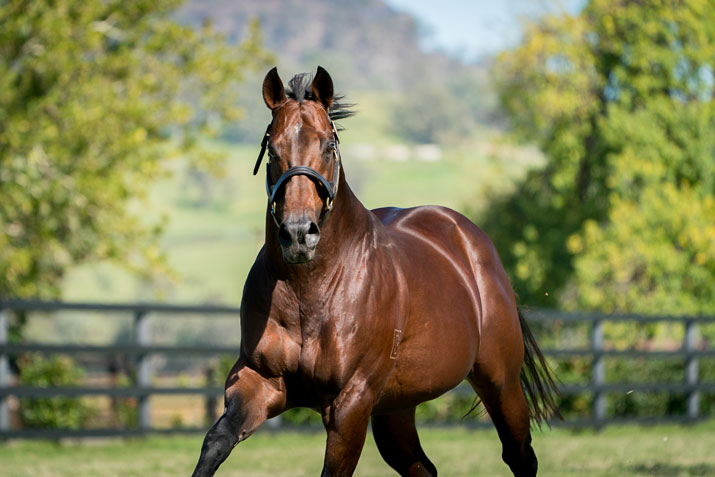 A juvenile filly by Nicconi (Bianconi) made waves at Warwick Farm on Wednesday when the winner of the two- and three-year-old handicap (1100m).

Sent off the $1.65 favourite for her first start since her debut in November, the Chris Waller-trained Waverider Buoy surfed over the Heavy 10 surface to lead from start to finish and win with something in hand. She defeated Miyoshi (Denman) by a neck, with a further three lengths back to Noble Legend (Lord Kanaloa) in third and a further four lengths back to the remainder of the well strung out field.

Wearing the famed cerise silks of the Ingham family, Waverider Buoy became the fifth two-year-old winner of the season for her Widden Stud sire Nicconi.

“She raced as a pre-Christmas two-year-old and has always shown us good ability,” said Waller’s stable representative Damien Fitton. “She travelled well and was too good on the day.”

“It’s great to get a win on the board for the Ingham family.”

A homebred for Ingham Racing, Waverider Buoy is the second foal out of the Inghams’ Fastnet Rock (Danehill) mare Catch A Wave, herself a daughter of multiple stakes-winning mare Little Surfer Girl (Encosta De Lago), a $1.5 million buy for Ingham at the record-breaking 2008 Inglis Easter sale.

This is a family with which the Ingham’s have enjoyed much success, with Catch A Wave a half-sister to their Vinery Stud Stakes (Gr 1, 1850m) winner Fangirl (Sebring).

Catch A Wave was onsold in 2020 for $75,000 in foal to Kermadec (Teofilo) at the Inglis broodmare sale. Her Kermadec filly foal was sold for $4,000 at last year’s Inglis Australian Weanling Sale, while she has a weanling colt by Brutal (O’Reilly) and is due to foal to Ole Kirk (Written Tycoon) in November.

Nicconi will stand the upcoming breeding season at Widden Victoria for a fee of $22,000 (inc GST).