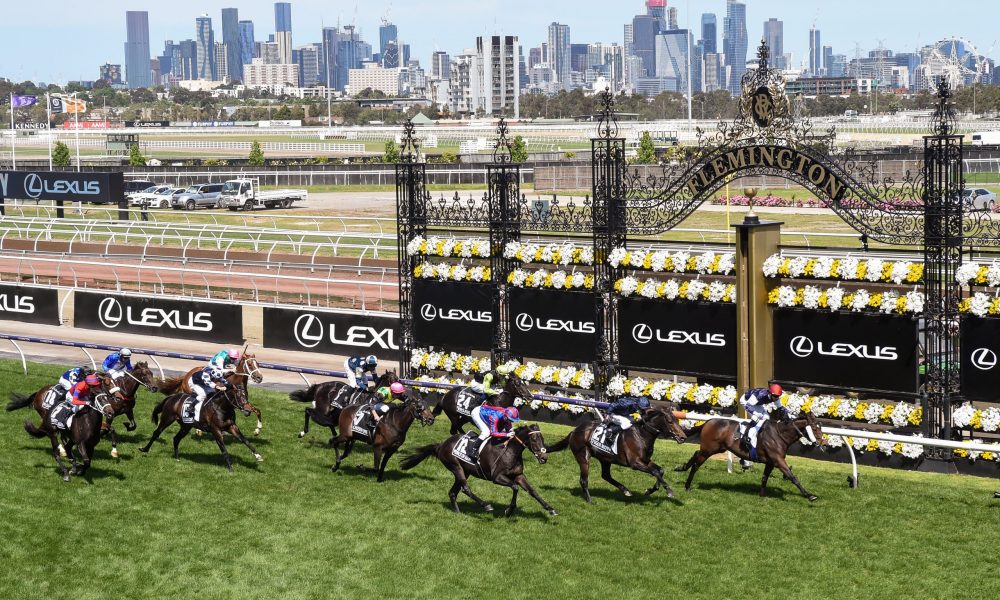 So the rot or the rout, depending on your point of view, continued yesterday with Twilight Payment (Teofilo) taking the Cup. It began in 1993 when Irishmen Dermot Weld and Mick Kinane turned up with a hurdler Vintage Crop (Roussillon), who hadn’t raced since September, and turned the Melbourne Cup upside down.

It precipitated such a radical change, who could be shocked 27 years later when 27 year-old Irishman Joseph O’Brien won the race for the second time in just four years; or that he and his father (Aidan) quinellaed it for a second time; that it was an Irish bred quinella and that it was an internationally trained trifecta for the third time in the past four years.

We believe it now but nobody could quite absorb it, back in 1993, as leading journalist Mike Hedge wrote in the 1993-1994 edition of the sorely missed “Class Racehorses” which was published by Australian Associated Press and ably edited by ANZ Bloodstock News contributor Ken Boman.

“Bart Cummings wandered around Flemington in the days before the Melbourne Cup declaring that the Pommy horses couldn’t win,” Hedge wrote.

In a sense, the 12 times Cup winner (who then had nine in the bank) was right. The Irish, not the English won, and it would be 25 years before Charlie Appleby became the first ‘pommy’ trainer to get his hands on the Loving Cup.

Hedge wrote that David Hayes, Lee Freedman and John Meagher were similarly skeptical of the visitors before outlining how attitudes quickly changed after Vintage Crop won. “Within hours of Vintage Crop’s wonderful victory, the doubters became knockers and the cry went up that he’d been given special treatment, that the handicapper had gone light on him and that because of this Irish horse the Cup was gone forever, never again to be won by Bart or a plodding old Kiwi gelding.”

Those fears didn’t prove quite right given that Cummings and Freedman each went on to train three more Cup winners and, in truth, the race had rarely been won by ‘plodding old Kiwi geldings”.

However, for better or worse, the floodgates were – not immediately – but soon opened for international raiders. That happened in earnest after Weld returned to win it again, in 2002, with Media Puzzle (Theatrical).

The die was cast with Vintage Crop as Hedge, shortly after that 1993 win, wrote: “Through all the post mortems, Weld smiled and trotted out a couple of verses of Banjo Paterson’s Bush Christening and started to think about doing it again” – as did many others including Godolphin, which became more and more immersed in the challenge, and then so too did Coolmore/Ballydoyle, while seven times winning owner Lloyd Williams changed his tack.

The shape of the quest gradually evolved from having Australians sourcing European horses, at extraordinary expense, and either leaving them with their original trainer or transferring them to locals – to finding the northern hemisphere three-year-old who could beat the handicapper which they’ve done in no uncertain terms (two wins, two seconds in the past four years) or, now it seems, simply entrusting O’Brien junior with the job.

A great horse was not required – ideally just a qualified one who was well weighted. There wasn’t much to worry about in terms of local opposition.

Vintage Crop wasn’t the best stayer in the British Isles, as Hedge noted, but “when it came to running 3200 metres at Flemington, against a field whose staying blood had been diluted by a desire in this country to breed for speed, he was easily the best”.

Ironically, that year’s “Class Racehorses” featured an introduction from Lloyd Williams who wrote: “I have been, and always will be, a stout believer in the Australian thoroughbred as most of my success in racing has come with locally bred horses.”

Williams then had been involved in the ownership of Australasian bred Cup winners Just A Dash (Whiskey Road) and What A Nuisance (St Puckle). His next five Cup winners would be bred in England, Ireland (two), Germany and New Zealand.

“Class Racehorses 1993-1994” also carried an article penned by Weld. “It was one of the proudest moments of my life when Vintage Crop won the Melbourne Cup,” Weld wrote.

Weld’s background meant that it was no shock that a race like the Melbourne Cup was lurking somewhere in his training brain given the time he’d spent with Tommy Smith and renowned vet Percy Sykes in Sydney.

“The work experience I gained at Tulloch Lodge was something for which I have always been grateful. During this period in Sydney, I met Tommy’s daughter Gai and how ironic it was that more than two decades later she should saddle Te Akau Nick (Grosvenor) to finish runner-up to Vintage Crop”.

Interestingly, Weld wrote of how he was effectively feted by the VRC – after initially criticising Australian quarantine regulations – which may well be seen as a portent of how vigorously courted and pampered overseas trainers have been since, often to the chagrin of local horsemen.

“I would not like to think how much correspondence there has been by phone and fax between Les Benton (VRC) and myself,” he wrote before detailing that Benton and VRC chairman David Bourke went to Ireland to meet him.

Then, in 1993, through a momentous time when the TAB was privatised and bloodstock markets were recovering from a recession, I suspect we were sold a “furphy” by the VRC which most of us fell for. That is that the Melbourne Cup needed an injection of class and therefore international runners.

After all, top class horses including At Talaq, Empire Rose, Kingston Rule and Let’s Elope had been four of the seven winners immediately before Vintage Crop, while Super Impose, The Phantom, Shiva’s Revenge, Veandercross, Castletown and Rosedale had been placed.

Cup attendance figures, incidentally, were very strong from 1998 through to 1991 after they had declined in the early 1980s. Interestingly they’ve declined every year, bar a marginal increase in one, since 2012.

It was a case of “never mind” I fancy for many in the game. “What harm can come from having one or two international runners in the Cup?”

But then it spiralled out of control. In 1993 there were just two overseas trained runners in the Melbourne Cup, and just four – two of which were trained by Weld – the following year.

In contrast, there were eight overseas trained runners yesterday and 11 in each of the previous three years (and that’s excluding New Zealanders). Only Danny O’Brien’s 2019 winner Vow And Declare stopped a trifecta clean sweep for the visitors over the past four years.

It seems we’ve moved heaven and earth to have international runners but it must require shifting the entire known and unknown universe to have provision for emergency runners. That reared its ugly head again yesterday with the race morning scratching of King Of Leogrance (Camelot) on veterinary advice.

True Self (Oscar), 25th in order this year and last, missed out again.

Smarter minds will have to assess the likely long term impact of this internationalisation and the burgeoning international spend by Australian owners — estimated to be as much as $100 million per annum – a point raised by Tim Rowe in these pages on Saturday.

“The first four across the line in the Cox Plate were all bred in Ireland, while only three of the 14 runners were bred in Australia, Arcadia Queen (Pierro) the best-performed in fifth,” Rowe noted in the wake of Australian spend dominating the Tattersalls Autumn Horses in Training Sale.

I can but wonder what might have happened had Vintage Crop failed and Weld returned with tail between legs.

Maybe he just got lucky. Can’t remember whether the weather was poor or “they’ watered the track. I do recall the place-getters were 160–1 and 125–1.