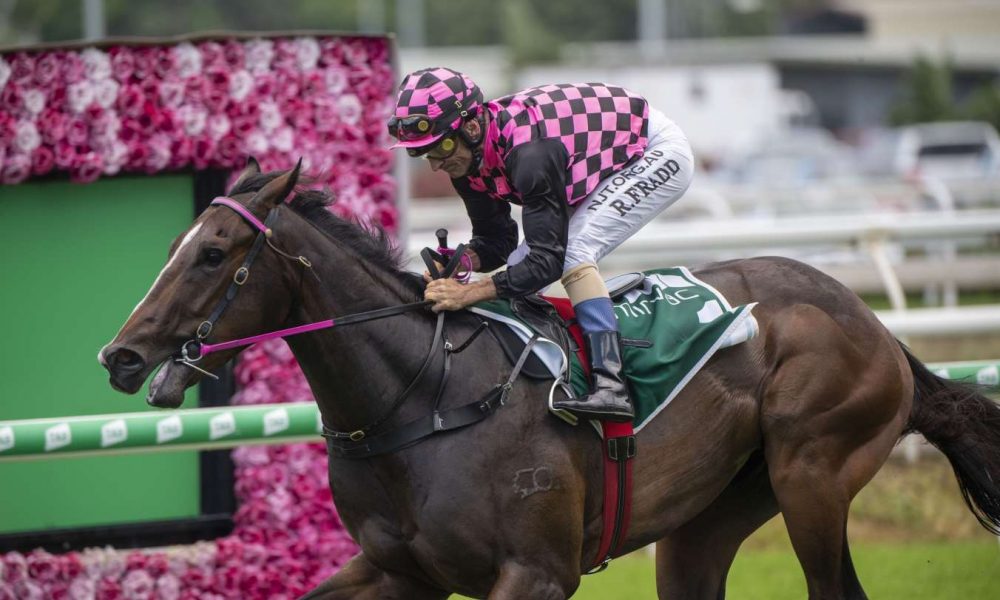 Gleeson Thoroughbred Connections, who are represented at the Magic Millions Gold Coast Yearling Sale, reflect on a remarkable year headlined by their Group 1 winner

While 2020 was a year to forget for so many around the globe, the family behind Queensland-based Gleeson Thoroughbred Connections will only have the fondest of memories when looking back on the last 12 months.

Owners Wally and Jill, who run the relatively small-scale breeding operation alongside their sons Jacob, Simon and Tom, had the breakthrough year they had long dreamed of, courtesy of the remarkable Rothfire (Rothesay) producing one of 2020’s greatest rags to riches stories.

As a yearling, the Gleeson-bred Rothfire was unwanted, unfashionable and rejected from even the most minor sales.

After being overlooked by sales representatives and bloodstock agents, trainer Rob Heathcote took a chance on him, purchasing the son of Rothesay (Fastnet Rock) for $10,000.

Twelve months later, exceeding the wildest dreams of both Heathcote and the Gleeson family, Rothfire pulversived his fellow two-year-olds to take out the J J Atkins Stakes (Gr 1, 1400m) by over three lengths.

It was a result that put Gleeson Thoroughbred Connections on the map and, ahead of being represented at the fast-approaching Magic Millions Gold Coast Yearling Sale, Jacob Gleeson reflected on what was a breakthrough year for the Chinchilla operation, who have between 15 to 20 mares at their property each year.

“2020 was a breakout year. Not only Rothfire, but from that crop of foals we’ve also had Alleboom who won down the straight at Flemington on Cup day,” Gleeson told ANZ Bloodstock News.

“We’ve had another horse called Love For All who ran second in a Group 3 race in New Zealand only a few weeks ago. So from a crop of only 13 foals in that year group, we’ve had a Group 1 winner, a Group 3 placegetter and a Flemington winner on Cup day.

“That’s a pretty good year in terms of a second crop of 13 horses. We’ve also had a couple of nice two-year-olds step out early and we think there’s improvement in them.

“There’s a really nice one that we sold at Magic Millions last year called Ghost Hunter with Ron Quinton. He’s owned by Ray Gall, who is of I Am Invincible fame, and they’ve got a big rap on him.

“He’s just trialled and looks like stepping out in the next few months, so we’re very excited about him as well.

“As a breeding operation we’ve certainly turned a corner in the last 12 to 18 months and, while this will be a smaller year for us in terms of numbers through sales, there’s still certainly still plenty of quality.”

Gleeson Thoroughbreds have one lot going through the ring at the Gold Coast Yearling Sale later this month, a Menari (Snitzel) filly out of Iadore Tantrums (Commands).

The story behind the filly, who Gleeson describes as an “absolute cracker”, has multiple strands to it. On the sire’s side, Run To The Rose (Gr 2, 1200m) winner and Golden Rose (Gr 1, 1400m) third Menari is subfertile and not as widely represented across the sale as his connections would have hoped for.

While on the dam’s side, Iadore Tantrums was tragically found dead in the paddock after producing the Menari filly – her fourth foal, with a snake bite the suspected cause.

“It’s an interesting story,” Gleeson explained. “We are relatively new to the breeding game and a couple of years ago we were fortuitous enough to meet George Altimonte, who we consider to be one of the great breeders in Australia.

“We met him at the Inglis sale and he was talking about breeding in general and raving about Menari and what a great horse he was. At that point we decided we needed to send him a mare and we chose Iadore Tantrums.

“His fertility was quite disappointing but we were lucky enough to get her in foal off a very early cover.

“The mare herself has been a bit unlucky, but she’s from one of those great Woodlands, Sudden Impulse families that’s produced Clang and Strategic. We just love those really good producing families.

“Unfortunately, she died in the paddock. We think she might’ve been bitten by a snake. We just went down to look at them one morning and she was unfortunately just dead.

“So we’ve lost her, but this filly is an absolute cracker. My father, who I think is a very good horseman, has just been raving about her intelligence. He says this is one of the most intelligent fillies we’ve ever had, so she certainly fits the bill there. She’s a really good physical and a lovely walker.

“The interesting thing is there’s a bit of irony in it. We bred Rothfire, who won the Run To The Rose and beat Menari’s race-record time!”

As a result, his progeny for sale at the Gold Coast is few and far between, and Gleeson explained the effect he thinks that will have on his filly and Menari’s other progeny up for auction.

“I’d like to think it will make the filly more valuable,” he said. “There’s some people that will argue a subfertile stallion might not be a good proposition as the stallion isn’t going to get a kickalong, but when you’ve got a horse that’s got a mystique about him that Menari has, I think the small number of foals will work in our favour.

“He was a very popular and highly-regarded racehorse so I’m quite confident that will work in our favour.

“I think ours as a physical is going to be a standout. Looking at the photos of some of the others, I think she looks most like the stallion out of all the Menari pictures I’ve seen.”

Reflecting on the year as a whole, Gleeson recognises the tremendous domino effect that their first stakes winner has had on the business.

When asked whether their 2020 success has unlocked the door to an array of future opportunities, Gleeson responded: “Absolutely. My brother was only at the races yesterday and there are good Brisbane trainers interested to hear what sort of yearlings we’re putting through the sales.

“We’re now being recognised at both races and sales alike and what a horse like Rothfire has done for our business already is just phenomenal. We’re so thankful and privileged to have been part of the Rothfire story.”

Rothfire landed the Run To The Rose first-up this preparation before finishing fourth in the Golden Rose. Unfortunately, with a start in the $15 million The Everest (1200m) looming, the star three-year-old was found to have fractured a sesamoid bone in the Golden Rose, ruling him out for a prolonged period of time.

His recovery is going smoothly, although connections are cautious not to get their hopes up as an injury of this kind is not plain sailing to recover from.

“My understanding is he is still down in Sydney, but he’s out in the paddock and he’s sound,” said Gleeson. “He’s going to have a good few months in the paddock and then the plan is to bring him up to Queensland to one of the local pre-trainers that Rob Heathcote used, a very good horseman in Kevin Thomas as Washpool, and they’ll slowly start putting him through his paces there.

“We’re all crossing our fingers, but we all realise how a serious injury like this can be detrimental. He certainly shows that he’s tenacious enough to have the potential to come back from it.”