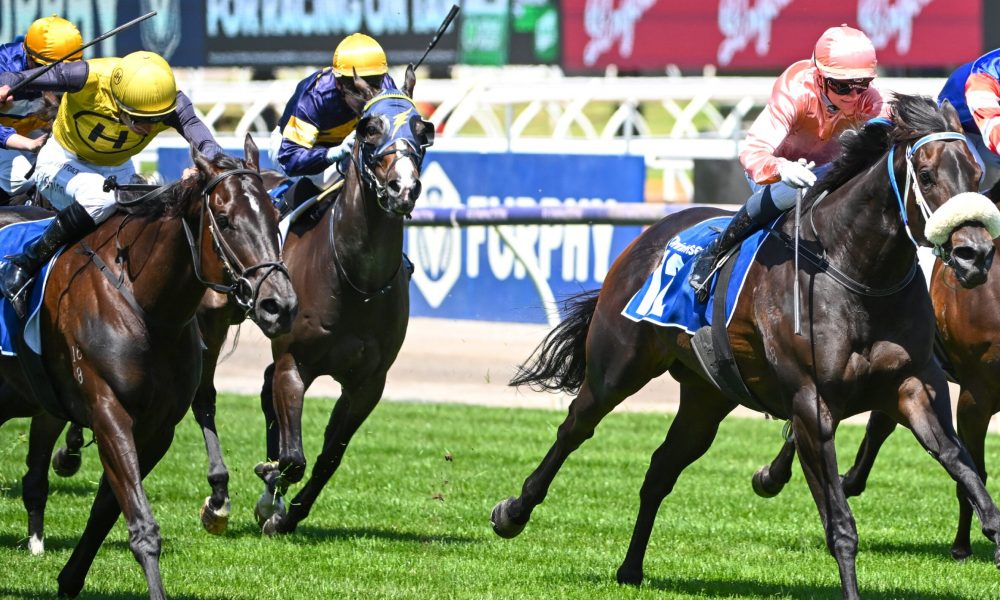 Last column of the year could have happily been entirely a recall of the best moments of 2022.

But just when all was peaceful, and not a mouse was stirring, the ugly furore of the ugly whip raised its head again with the landmark decision taken by racing stewards at Flemington last Saturday to demote a horse who had dead-heated for first given a breach of the whip rules.

The stewards determined the following: “After considering this gross breach of the whip rule by Blake Shinn and the circumstances of the race, particularly over the final 200m when My Yankee Girl was responding and making ground, stewards were of the opinion that had Blake Shinn not been in breach of AR132(7), My Yankee Girl would not have finished equal 1st with Invincible Caviar and therefore upheld their objection.”

So, they have concluded that the horse was “responding and making ground” because of the whip which, of course, is impossible to know. Another can of worms opened.

And “gross” is seemingly permitted after that mark given that rule 132 (7) b. states that “in the final 100 metres of a race, official trial or jump-out, a rider may use the whip at the rider’s discretion.” What a nonsense.

Peter Moody, quite reasonably, says the rules should be modified to leave it to the stewards’ discretion as to whether a jockey had overused the whip. Ah, Peter, that’s the way it was in simpler times. Jockeys were censured for “excessive use” of the whip. Not the owner, trainer or punter as was the case in this decision.

The fear I have now is that any breach of the rules, especially careless riding, will have stewards more inclined to uphold objections even if the carelessness is minor and the margin conclusive.

I wonder how, now, stewards might adjudicate two of the highlight races of Australian racing in the past year?

They were Nash Rawiller’s contrasting winning rides, a week apart, on Think It Over and Kementari during Sydney’s autumn carnival. His bold gamble paid off to go to the outside rail on Think It Over in the Queen Elizabeth and he was then incredibly brave, rather than reckless in my view, to take the narrowest of rails openings on Kementari in the Hall Mark Stakes.

Rawiller, rightly in the first instance and debatably in the second, was censured by stewards on each occasion but his mounts did not lose the respective races.

He was suspended and fined $40,000, later reduced to a still hefty $30,000 on appeal, for overuse of the whip aboard Think It Over whose winning margin was just 0.6 lengths. He was then suspended for careless riding aboard Kementari with stewards ruling there was insufficient room for him to take the run. Kementari won by 0.3 lengths.

Mercifully the stewards did not tamper with the results in these cases. They are not to be encouraged to “play God” but rather to deliberate as reasonably as possible in an area which will always be subjective but one in which the winner, like the batsman pre-DRS, should always be given considerable benefit of the doubt.

Matt Stewart argues that the flipped result of that race at Flemington last Saturday was a clear statement of intent to enforce the rules and that the dead-heat provided the perfect opportunity to amend the result given that no estimate of margin was required.

The Victorian Jockeys Association boss Matt Hyland says no further review of the whip rules is required and Saturday’s outcome simply underlined the need for riders to stay within the rules of racing.

However, the regulations remain convoluted as administrators, with the exception of departed RV chief Giles Thompson, have lacked the will to make genuine change. Their actions have hovered somewhere between lip service and compromise.

It is inevitable, in my view, that the use of the whip for so-called encouragement – on race day – will eventually be banned, so better sooner than later. Then there’ll be no such protest complications then.

As to the calendar racing year, what’s happened most recently tends to dominate immediate recall and thus the exploits of Giga Kick (Everest), In Secret (Coolmore), Anamoe (Cox Plate), I Wish I Win (Golden Eagle), Gold Trip (Melbourne Cup) and Amelia’s Jewel (Northerly Stakes) spring to mind as contenders for performance of the year.

However, they were not necessarily superior to the early year exploits of Hitotsu who claimed the Australian Guineas and Australian Derby in a two run preparation or to those of Fireburn in claiming the Golden Slipper and ATC Sires’ Produce Stakes in emphatic fashion.

Hitotsu is expected to return to racing after a suspensory injury ruled him out of the spring and while Fireburn’s spring did not match her autumn she was beaten less than two lengths in the Golden Rose which proved one of the season’s best form races.

The unheralded horse of the year was surely Roch ’N’ Horse who won the Newmarket Handicap at 100–1 and the Champions Sprint at 20–1 and was second, again down the straight track, at her only other two runs on better than heavy ground. They included the Bobbie Lewis second to Private Eye who was a 2022 revelation kept to the 1200 metre to 1400 metre range.

Private Eye was runner-up to Giga Kick in the Everest with Mazu third and you’d fancy that trio, along with In Secret and Jacquinot, will usurp Nature Strip and Eduardo at the top of the sprinting ranks.

The unheralded race of the year may well prove to be the Rosehill Gold Cup in which Australian debutants Star Of India, Bois D’Argent and Athabascan finished first, third and fourth respectively with subsequent Champions Stakes placegetter Hezashocka in second. The first two named are now with Annabel Neasham while Athabascan is with John O’Shea who had a very strong finish to the year.

James McDonald has continued to set the standard among the jockeys. His ability to secure precisely the spot he wants in a race (witness Anamoe in the Cox Plate and both his wins on Romantic Warrior in Hong Kong) is remarkable as it is to have his mounts settled and conserving energy even when they appear to be keen or even when he’s clicked them up early in a race.

Blake Shinn, notwithstanding the indiscretion which began this epistle, is deserving of special mention as he has – like so many before him – returned from Hong Kong a much more accomplished rider.

Shinn, however, and like many of his colleagues, just might have to get used to not resorting to the whip. It is, after all, just a force of habit and (bad) habits can be broken.