Willa Mitchell: the 18-year-old who is making the most out of being in lockdown 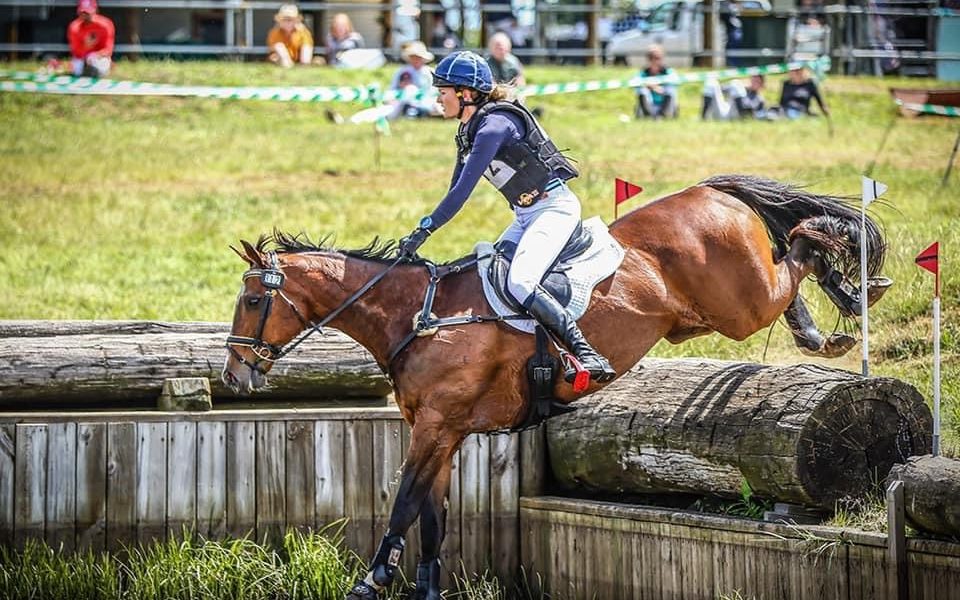 When racing gets into the blood, the passion ends up running so deep it flows on like an incurable addiction from one family generation to the next.

We’ve seen this through the racing dynasties that have formed during the past century – the likes of the Cummings and Hayes families and the Freedmans.

On the thoroughbred breeding side of the industry the baton is often passed down the line too and at the Mitchell family’s Yarraman Park Stud it seems Harry’s daughter Willa is champing at the bit to pick it up and run with it.

With the state of NSW in lockdown due to Covid-19, the 18-year-old who is in her final year at Frensham boarding school, has been at home on the farm in the Hunter Valley.

Much to her delight, this has given her an opportunity to be more hands on with the horses than she usually would be at this time of year.

Since her early teens, the highly accomplished eventing rider has spent just about every spare minute shadowing her father around the stud and yearling sales soaking up as much as she can.

Recent events have allowed her to step up her hands-on involvement and she’s even started  riding some of the family-owned horses that are in pre-training.

“It’s been quite nice having a break and studying at home. It’s a pretty good place to be. I’m not going to lie,” said Willa.

“Being at home for foaling season you couldn’t get a much better time and I have just started riding the pre-trainers. I have loved that and learned so much.”

Riding green young racehorses in a pad saddle with short irons is no mean feat for a willowy young woman who stands six-feet tall.

Willa has also been exercising one of Yarraman’s resident stallions, Hellbent (I Am Invincible), ahead of his spring duties in the covering shed.

“He gets ridden in the off season quite a bit round the track. He absolutely loves it once you put the bridle on he becomes a totally different horse.

“I was pretty nervous going onto him but everyone told me he’s really quiet. At the start I was thinking if I fall off this horse it’s not going to be good.

“The first trot around on him I was a bit nervous but once we started cantering and we got into a rhythm he was so nice and once he got going he was beautiful.”

It’s no surprise that the family entrusted Willa to ride their prized stallion Hellbent. Afterall, she’s an exceptional equestrian rider and rated one of the most exciting up and coming eventing talents in the state.

Last December she won the junior two-star class at Wallaby Hill International event on her retired racehorse Wenlock Aquifer. Like many young riders, she harbours ambitions to make it to Olympic level.

“After watching Tokyo I think everyone has Olympic aspirations. It would be so amazing. It requires lots of work which I’m prepared to do but it just depends whether I get the right horse.”

She says Tokyo silver medallist Shane Rose, who broke in Hellbent as a young horse, is a great source of inspiration.

“He’s a pretty big inspiration to a lot of people in the eventing and racing worlds.”

While Shane Rose is right up there, her biggest inspiration is her own father Harry.

“He’s always been very encouraging of doing anything I want to do. He says you don’t have to be in this industry if you don’t want to but because he knows I’m so interested in it he’s been such a good mentor and teacher, he’s been amazing.

“Dad’s very hands-on at the farm. As a boss or leader he does anything he will tell anyone to do. I look up to him as a hard worker and he takes time to explain things and teach me stuff.”

Willa is becoming more and more visible at the major yearling sales and at the Magic Millions on the Gold Coast last January she led her first horse through the ring.

“I was lucky enough to lead one through, she was a nice quiet filly and I helped out with the cards and whatever else needed to be done, learning all the processes.”

“There’s actually so many women in racing now. Gai (Waterhouse) is incredible being the first but even on Saturday when Zaaki won and to see how well Annabel Neasham is going is great.

“Anna, our broodmare manager here at the farm is so knowledgeable. I find it inspiring seeing people have that knowledge and connection with horses.”

Willa finishes school in two weeks time and is eager to carve out a career for herself in the industry.

“I would love to find a place in it. There’s so many opportunities now for young people like Darley Flying Start and Thoroughbred Industry Careers.

“I would love to be here at the farm when I’m older. I will see where life takes me.”

I’d say there’s an odds-on chance it will lead her back through the main gates of Yarraman Park Stud.