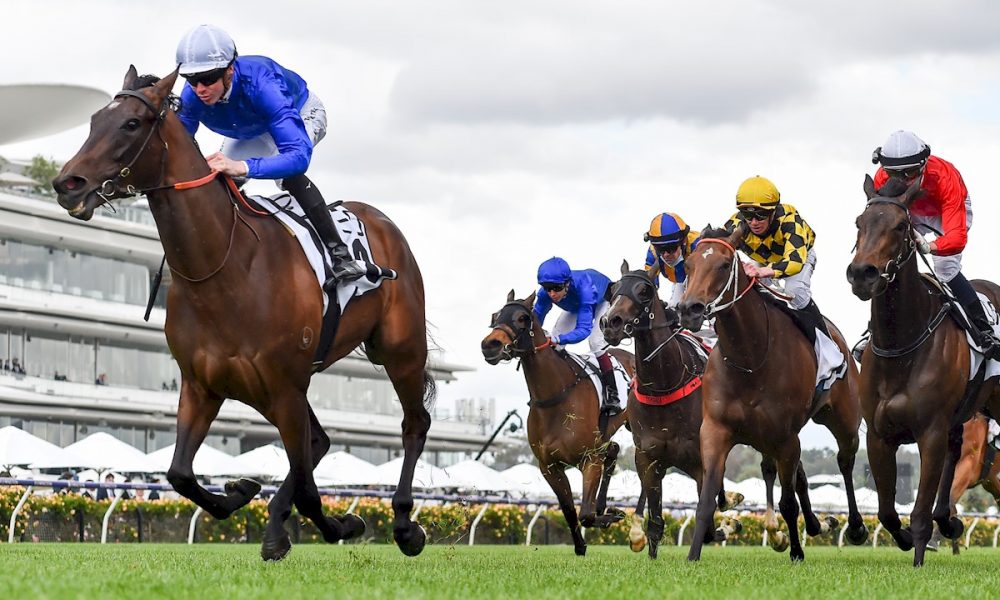 Willowy will set out to repair a tough couple of weeks for Godolphin three-year-olds and become the latest headline act for her super-producing dam and a highly successful female line in today’s VRC Oaks at Flemington.

She will also be looking to provide her sire Kermadec a follow-up Group 1 winner – after triple top-level heroine Montefilia – to bring more of the kind of staying results that prompted the son of Teofilo’s switch to Darley’s Victorian base.

A late-born filly – foaled on November 25 – who did not race until she had just turn three in August this year, Willowy earned her place among the favourites for today’s 2500-metre feature by claiming last Saturday’s Group 2 Wakeful Stakes (2000m), her second win from five starts after a slashing five-length victory in a more humble 1600-metre Newcastle maiden on her previous outing.

Victory today would partly make amends for two successive near misses for Godolphin three-year-olds: Anamoe’s Cox Plate second, after a lengthy dismissed protest, and Alegron’s gallant VRC Derby second after being bumped sideways and forced to race wide for most of the race.

It would also bring yet more prestige for a potent female bloodline laced with a couple of the most famous names of the recent past – the champion mare Emancipation and the folk hero Gunsynd.

The product of a remarkably clean pedigree, with no repetitions in the first five generations, Willowy is out of the Quest For Fame mare Dextrous, who made a great contribution to the breed before passing last year aged 20.

Another from the production line of cleverly-named Woodlands thoroughbreds – transferred to Darley in their 2008 buy-out – Dextrous was out of Many Hands (Handy Proverb), and produced a formidable race record herself. She won five from ten including three in a row at black-type level, including the Group 2 Sandown Guineas (1600m) in 2002.

Her record at stud has been even better, highlighted by leaving three stakes-winners in a row. Third foal Skilled (Commands) won the Group 1 Champagne Stakes (1600m) in 2010 and was a neck second in the Randwick Guineas before siring two stakes-winners in Fiscal Fantasy, the winner of three Group 3s, and Pecans, who scored twice in Group 3 company.

Next came Skilled’s full brother Ambidexter, who won the Group 2 Theo Marks Stakes (1400m), and then the outstanding sprinter Sidestep. The son of Darley phenom Exceed And Excel won two Group 2s, was second in Overreach’s 2013 Golden Slipper, was champion two-year-old colt of his year before retiring to sire the filly who went one better than him by winning the 2019 Slipper, Kiamichi.

After country winner Serendipitious (Sepoy), next came full-sisters to Sidestep in Deft – a dual Sydney winner – and Efficiently, a bush winner from seven starts. They were followed by the handy Flexible (Hallowed Crown), who’s won three city races from 11 starts for Godolphin so far, before Darley sent Dextrous to their stallion Kermadec in his second season.

Tracing back from Dextrous, her dam Many Hands produced three stakes-placed offspring (including the also-well-named Light Work and More Haste), while granddam Deliberation (Shifway) produced Listed winner Accumulation (Last Tycoon). Deliberation’s dam – Willowy’s fourth – was Ammo Girl, one of the brighter lights from the stud career of the former great Gunsynd.

Ammo Girl was unraced, but threw two black-type winners in Appreciation, who landed the Group 2 STC Storm Queen Stakes in 1987, and one of the classiest mares to grace the turf, Emancipation, the daughter of Bletchingly who recorded an astonishing 16 stakes wins in the mid-1980s including six Sydney Group 1s, a Doncaster and two George Ryders amongst them.

In sending Dextrous to Kermadec, Darley had potential stayers in mind, even though the stallion’s two Group 1s came at 1600 metres and he was unplaced in both his starts over 2000 metres or further. In addition, his sire Teofilo won five from five – all over 1400 metres – before early retirement. The former Darley shuttler’s capacity for stayers is well known, however, including through Melbourne Cup-winning sons Cross Counter and Twilight Payment.

“We supported Kermadec with a number of good mares, fitting in with our general policy of sending proven mares to young stallions and young mares to proven stallions,” Darley’s head of stallions Alastair Pulford tells It’s In The Blood.

“Dextrous was a good mare for us and had more than proven herself as a broodmare. While she’d been to speed horses, like Commands, Exceed And Excel and Sepoy – the attraction for this mating was Kermadec was a miler, Dextrous was a miler, and she was by an English Derby winner in Quest For Fame out of a mare by (dual Derby winner) Handy Proverb from the family of Emancipation.

“Kermadec was a miler more than 2000-metre horse, but Teofilo was a bit the same – a horse who never raced past his two-year-old season and didn’t go past seven furlongs, but he throws plenty of stayers.

“And there’s enough stamina in the pedigree to think Kermadec will continue to sire high-class stayers. Montefilia, obviously, from his first crop, is very talented over a distance,” he says of the winner of last month’s Metropolitan (Group 1, 2400m).

Pulford says the former Chris Waller-trained Kermadec, who stands for $11,000, has attracted “quite a few” bookings since Willowy’s win last Saturday, while more are likely should she back that up in the Oaks.

The ten-year-old is likely to cover some 90 mares in this his sixth book, Pulford says, with Darley expecting his move this season to Northwood Park, in more stayer-friendly Victoria, will prove a winning one.

The presence at Victorian studs of Melbourne Cup winners Fiorente and Americain, plus other staying types such as Highland Reel and Puissance De Lune serve as backing.

“Sires like that are probably not everyone’s cup of tea, because the Australian market likes these get-up-and-run horses so much, and Kermadec’s not that. But if they’re good enough stallions they’ll work their way through that, and we think he’ll end up a very respectable stallion and will carve out a nice career in Victoria.

“He needed Willowy as a second high-class runner after Montefilia. To get a horse like Montefilia in your first crop is great, but you need a bit of back-up. Hopefully, Willowy will be that.”