Would Victorian racing be poorer for the loss of Sandown racecourse? 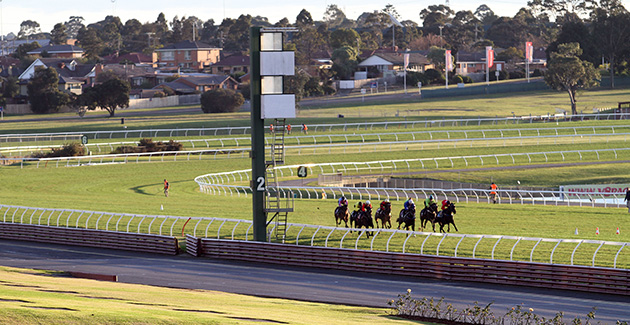 This Saturday’s much anticipated meeting at Sandown cannot and must not be a wake.

Group 1 racing returns to the track for the first time since 1996 and the eyes of the racing nation will be on this magnificent racecourse as Australia’s best horse Zaaki (Leroidesanimaux) is expected to run in the Underwood Stakes.

Sandown is arguably the best track in Australia, from a racing perspective, and it would be a tragedy if it were to be sold as has long been mooted by the Melbourne Racing Club.

Tragic, I suggest, is not an exaggeration given the service it provides to the industry and the overwhelming endorsement it has from industry participants. Once gone, it’s gone.

The seemingly unanimous support for its retention among Melbourne trainers is hardly a surprise given the quality of its racing surface and their proximity to it – not to mention that so many of them have literally grown up with the track which opened in June 1965 before 52,000 patrons.

Peter Moody, Michael Kent, Mick Price, Colin Little, Pat Carey are among the many who have been especially outspoken about the need to save Sandown.

But what of those without that historical or romantic connection and those training out of town which demands something of a nightmarish battle with city traffic to trek to Sandown “every” Wednesday.

They are as passionate about Sandown as their Melbourne-based counterparts.

Such is the chorus of endorsement, for Sandown, it would be unreasonable if it were blithely disregarded in whatever decision making process now ensues.

And that, in my view, must be the key to this debate. Let’s set aside politics and personalities and perceptions of secret agendas. Given that it is such a great track, is it an asset we can afford to lose, based on a club decision alone?

London-born Alexander says “it’s a slog” getting to Sandown. “But it’s one we happily undertake every time they race there. It’s a beautiful track, the facilities are good on the ground for horse and trainer and horses pull up well after racing there.

“The bends are forgiving, the circumference ideal and the surface generally very, very good. Even in the middle of winter, it’s rarely a bog. Most of the time, certainly more often than not, every horse gets its chance and if I have a nice, young horse who I think could be a Group horse that’s where I want to take him,” Alexander said.

Alexander added that Sandown provided some variety to Melbourne’s racing. “We’ll never have the vast range of different tracks you see in England and Europe but Sandown gives us options which are quite distinct from the other tracks in Melbourne.

“There’s a danger racing becomes very boring with a limited number of tracks and despite the travel (to Sandown) I think it would be a shame, a great shame if we were to lose Sandown,” he said.

Wilde, who has a best case scenario three and a half hours trek to Sandown, agrees with Alexander’s view. “It adds another variable to our racing. It’s a big, fair track which invariably races very well. It’s often the logical next step for restricted horses racing well at the provincials.

“It may be on the wrong side of town for us but I wouldn’t like to see it go,” Wilde said.

Sydney-based Snowden, a four-time Sandown Guineas winner and one of the pre-eminent trainers in the country, describes himself as “a big supporter” of Melbourne’s south-east suburban course.

“I love Sandown. It’s a great track and probably under-utilised in my opinion, especially for major races. It’s fair, it’s testing, there’s no short cuts. Your horse has to be good early, good middle and good late at Sandown. I never baulk at setting a horse for a race there. I think it would be a tragedy to see it go,” Snowden said.

O’Shea also describes Sandown as a “great track” but focused on another element of the debate. “I’m never in favour of selling assets. The money invariably ends up in an abyss. There’s examples over 200 years of racing selling off assets with, eventually, nothing to show for it,” O’Shea said.

It’s that line of thinking which now has Racing Victoria and the racing minister inferring that some part of the proceeds of any sale of Sandown will have to be re-invested in racing.

The Melbourne Racing Club’s plans for Sandown have also been somewhat slowed by the state government’s introduction of a windfall gains tax, the heritage listing of the grandstand and a response from the City of Greater Dandenong that their planning application required more detail.

This likely buys Sandown some time but that’s not enough. Industry participants are entitled to some certainty and that no decision, on such a major issue, will be made without the input of the industry at large.

The debate has been riddled with red herrings including the assertion that nobody goes to Sandown. Like it or not, nobody goes racing anywhere any more – other than on a handful of days.

Sandown has not had marquee dates. Imagine had the Underwood Stakes been run at Sandown during Winx’s career and the great mare had competed. I think the fans would have turned up then.

Racecourses of the future will not centre around multi-million dollar, soulless grandstands. They will feature blended and intimate outdoor-indoor spaces which will make crowds of 2000 to 5000 seem so much bigger and more inviting. Lawns, marquees and exterior decks will cater for the larger crowds on major days.

While what happens to the money is obviously a critical question, it is more important to determine whether this is an asset the industry can afford to be without, and whether any club should be allowed to make such a decision unilaterally?

It’s universally agreed it is a great racing track and despite it’s “youth” it has a rich history of both flat and jumps racing.

The Heritage Council Victoria described Sandown as having “aesthetic significance for its sophisticated and elegant form reflective of a period of vigorous architectural experiment in post-war Melbourne. Its cantilevered roof and bold single tier articulation combine to produce a structure of dynamism and daring visual impact. The grandstand was featured on the front cover of two leading architectural journals of the day and the design was described ‘striking’ and ‘ultra-modern’.”

Because of this, there is no track in Australia better than Sandown in terms of watching a race. Either live or on TV. No place I’d rather bet. No place most trainers would rather run their horses.

The racing minister and Racing Victoria have been understandably diplomatic about intervention in this matter. But ministers can and do intervene when it suits and principal racing authorities have levels of power including the approval of race dates. The MRC does not operate independent, proprietary racing.

This is not about an assault on the MRC. It has every right to explore opportunities available, and to act in the interests of its members but it does – as indeed does every other club – have a wider responsibility to the industry at large – the industry at the core of why it exists – and to acknowledge that their members are motivated by social inclusion, and some privilege, and not by the desire to effect industry policy.

Who should answer the following question – would Victorian racing be much the poorer for the loss of this much lauded racecourse?

Trainers, the conduit between every industry participant, should certainly be among those whose answer ought to be considered and they have emphatically responded “yes” to that question.