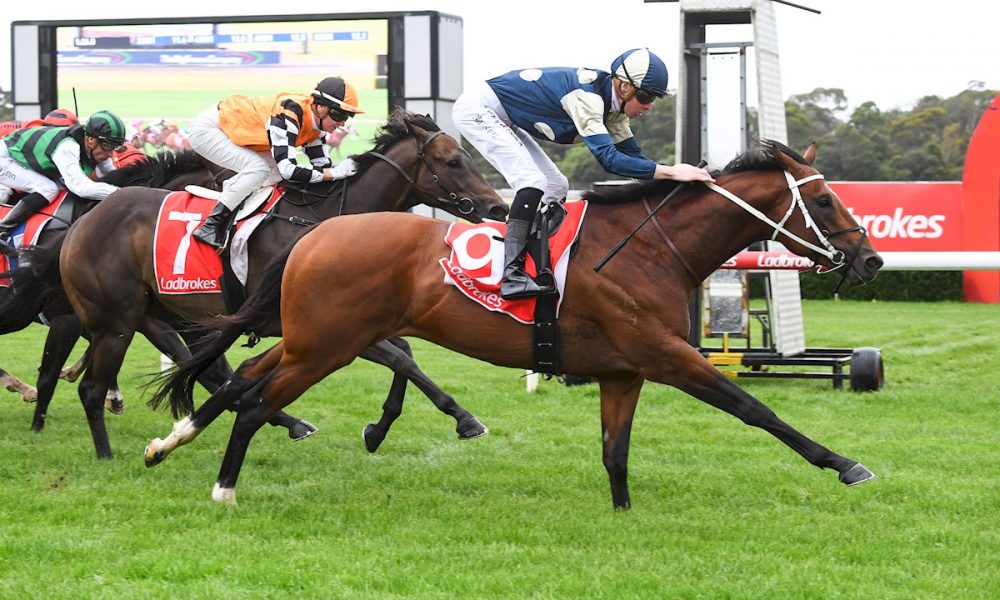 Yasuke (Maurice) turned heads in the sales ring when selling for $540,000 to become the highest-priced yearling by Maurice (Screen Hero) at the 2021 Inglis Easter sale, and the colt would have caught several more eyes on Wednesday when the three-year-old cruised clear for a debut win at Sandown.

Ridden by Jye McNeil from barrier eight for Chris Waller, Yasuke tracked a wide passage in the 1400-metre maiden plate, but prevailed to defeat Magnupur (Magnus) by three-quarters of a length and Futile Resistance (Almanzor) who was the same margin away in third.

Yasuke was purchased by Suman Hedge in conjunction with South Australian-based trainer Will Clarken, but after two trial efforts at Murray Bridge and Balaklava, the colt was bought into by a syndicate led by Ozzie Kheir, Yes Bloodstock and Joe O’Neill and switched to Waller.

“He is a nice horse that is not easily intimidated,” stable representative Jo Taylor said.

“From the barrier, we ended up a little wider than we would have liked, but Jye bided his time and pressed the button at the right time.

“It was a nice starting point for him and indicated he will get a mile, 2000 metres, so it is promising.”

Yasuke is out of the Redoute’s Choice (Danehill) mare Only Roses, becoming the ninth winner bred on that cross for his sire, who has 66 southern hemisphere-bred winners in total from 107 runners.

Only Roses has already produced the Group 3-placed filly Game Of Thorns (Animal Kingdom) and one further winner.

She is a half-sister to Group 3 winners Blahnik (Jeune) and The Inevitable (Dundeel) as well as to Listed scorer Elysees (Statue Of Liberty).

Only Roses’ two-year-old sister to Yasuke sold for $380,000 to H&H Bloodstock and Ciaron Maher at the 2022 Inglis Easter sale. She has a yearling filly by Written Tycoon (Iglesia) but missed when returning to Maurice last year.