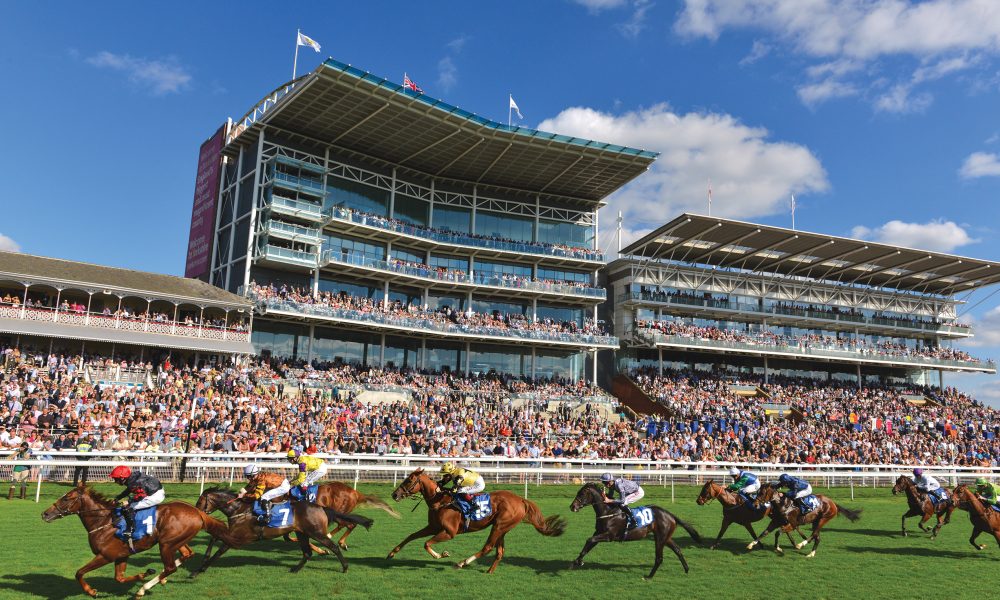 Two years ago to the day was the last time I set foot on an English racecourse – for day one of York’s Ebor Festival. It seems a lifetime ago. And with a near capacity crowd expected for today’s Group 1 Juddmonte International, that’s a racing experience which seems very much a world away as we despair for our spring carnival attendance.

In 2011, I eschewed York in favour of the Arlington Million; joking that I was escaping the London riots until I was appraised of the murder rate in Chicago in “deadpan” fashion by the cab driver who ferried me from the airport.

The funeral now is seemingly set for the Arlington Heights racetrack which has often been described as the most beautiful in America. It opened in 1927 but is now marked for redevelopment after Two Emmys (English Channel) won the final Million, renamed the Mr D Stakes in honour of former owner Dick Duchossois, last Saturday.

Duchossois, 99, who served in five European campaigns during WWII and was awarded the purple heart, was everything to Arlington and it to him. He dispatched hand-written thank you letters to international attendees! I have one, and the also fond memory of being offered a bottle of Penfolds Grange at a ridiculously low price at a suburban restaurant close to the track but that’s a story for in-person recounting when state borders have opened.

Illinois local journalist Bob Kieckhefer summed it up this week in Bloodhorse. “When it started in 1981, it was the world’s first $1 million race. In 1985, it was a miracle it was run at all, just weeks after fire destroyed the grandstand. And after the August 14 renewal, it will be a miracle of an entirely different sort if it’s ever run again,” he wrote.

Fittingly, a great horse John Henry (Ole Bob Bowers) won that first Arlington Million. That’s immortalized in bronze at the top of the paddock at Arlington. For the record, that year, the Golden Slipper was $253,000 and the Melbourne Cup $310,000.

The track is (was) about a 45 minutes train ride from downtown from the city of Chicago which is so magnificent it surely demands mention in the same breath as London, Paris and New York. It’s feature meeting was among the most underrated racing fixtures in the world. The opportunity to sample it may be gone but, thankfully, that’s not the case with York (travel restrictions pending).

The verdict and the $AUD960,000 Gr 1 Jacques Le Marois went to the former by a neck. The race is something of a “mile” championship and neatly follows races like the Lockinge, Queen Anne, Sussex and the Guineas as, goodness me, three countries manage to avoid cannibalising each other!

Racing at the current Deauville-La Touques Racecourse dates back to 1864 and if you were to undertake just one perfectly juxtaposed international racing trip it would certainly be this meeting (savouring the beautiful beachside township, the Arqana August Yearling Sales and racing at Clairefontaine on the Monday) into York.

The Ebor meeting may lack the glamourous profile of Royal Ascot or Glorious Goodwood but it’s every bit as good. Better in some instances. If all else fails, you can walk into the historic town after the races rather than being torched for a taxi as you are in Berkshire or Chichester. Pricing, on and off the track for all things, is reasonable.

The track itself is superb, the racing high class and the atmosphere engaging. Indeed it played host to the Royal meeting in 2005 when Ascot was under redevelopment.

Its history, unsurprisingly, dates back somewhat further than Arlington and Deauville. It’s said the Romans raced Arabian horses on the Knavesmire as early as AD 208. There’s records of racing, in the 16th century, attended by King Charles I and Queen Anne raced horses in York in 1711, the year she founded Ascot racecourse.

However, according to the York website, the first race on what may be considered the current York racecourse was a King’s Plate of 100 guineas on August 16, 1731, the first day of a six-day meeting.

York’s history records that: “On the morning of that first day, three convicted robbers had been executed on the infamous public gallows situated near what is now the Ebor Handicap start and known as the “Three-Legged Mare” – three wooden uprights positioned to form a triangle, with horizontal wooden beams connecting the top of the three posts, from which the miscreants were hanged.”

The most famous criminal hanged on the Knavesmire was the highwayman Dick Turpin (in 1739). His crime, stealing a horse! York racecourse is, of course, widely known as the Knavesmire which is perhaps appropriate given the assortment of “dishonest and unscrupulous” knaves who’ve graced it and every other racecourse.

Fortunately the year after venturing to Arlington, I did not abandon York. The lure, of course, was Frankel (Galileo) who duly and imperiously won the Juddmonte International by seven lengths at this first run beyond 1600 metres.

A measure of Frankel especially, and a couple of horses nearer to Australian hearts, is that the runner-up Farhh (Pivotal) – who finished top three in each of his ten starts – would then win twice at Group 1 level in his next three starts and finished a head second to Moonlight Cloud (Invincible Spirit) who earlier that year had run second to Black Caviar (Bel Esprit) in the Diamond Jubilee at Royal Ascot.

Farhh’s first run at the highest level had also been at the Royal meeting that year when beaten 2.75 lengths behind So You Think (High Chaparral).

Having taken in Frankel, I scurried to the station; took the three hour train trip to London and went to Stamford Bridge to see Chelsea beat Reading 4-2. My only visit to an English Premier League match. Not a bad one day double but again a story for telling over a beverage.

This week’s action we can but, of course, take in from the couch.

The Juddmonte is missing the short-priced pre-post favourite St Mark’s Basilica (Siyouni) but with Mishriff (Make Believe) and the high class fillies Love (Galileo) and Alcohol Free (No Nay Never) it remains of great interest.

Plus there’s Alenquer (Alderflug) who’s raced once on good ground and beat the subsequent Gr 1 Derby winner Adayar (Frankel) who followed that classic success with victory over Mishriff and Love in the Gr 1 King George VI And Queen Elizabeth Stakes.

Alenquer has since run well twice at 2400 metres on soft ground, neither of which might be entirely in his wheelhouse. The three-year-olds have chiefly had the better of the older horses this season and, for the life of me, I cannot understand why he’s at double figure odds while the ground remains good.

The two-year-old racing will be a highlight all week, beginning with tonight’s Gr 3 Acomb Stakes which features three potentially high class juveniles in Dubawi Legend (Dubawi), Ehraz (Showcasing) and Noble Truth (Kingman) with the preference for the first named.

The Gr 2 Great Voltigeur is the third of the Group races. Ballydoyle has three of the eight runners with, in my view, Sir Lucan (Camelot) and The Mediterranean (Galileo) having more appeal on a good track than the apparent stable elect High Definition (Galileo).