Zaaki and Incentivise – the real deal or fantasy? 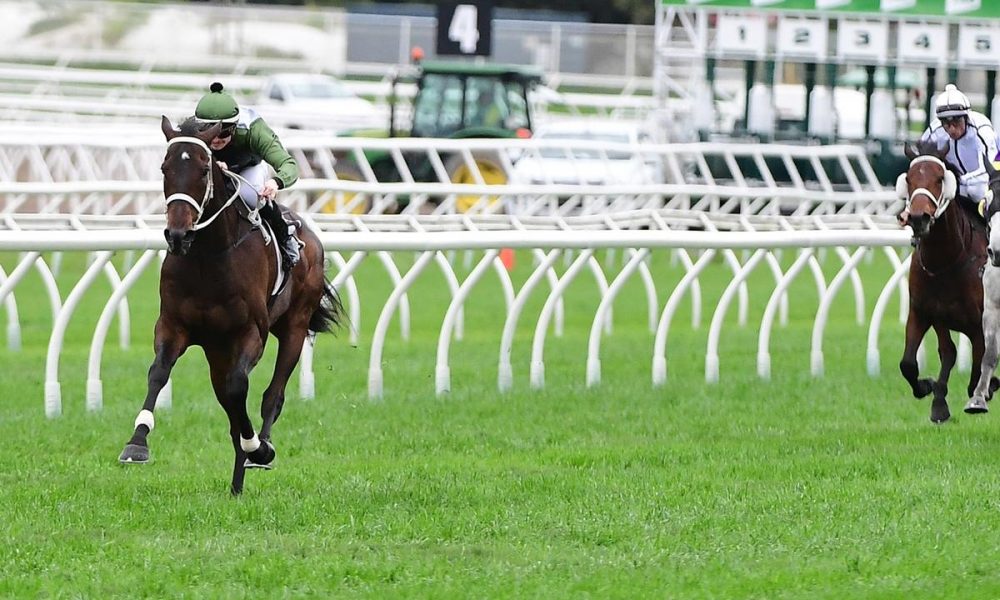 The case for Queensland racing’s winter sensations Zaaki and Incentivise maintaining their dominance through springtime campaigns probably centres on the fact there is little evidence for the case against.

Horses of this ilk, with a series of swashbuckling wins, have just not previously emerged from Brisbane’s mid-year carnival. Well, not in my memory, at least. There can be no notion of ‘we’re not falling for this delusion again’.

The eyes have almost certainly not deceived. The “ratings gurus” confirm there’s no deception. Plus they are likely to face an international invasion of limited numbers; nor, in living memory, is it possible to point to similar comets who burned out before the year’s end.

Zaaki (Leroidesanimaux) smashed his rivals in consecutive wins in the Hollindale Stakes (Gr 2, 1800m), Doomben Cup (Gr 1, 2000m) and Q22 (O’Shea Stakes) (Gr 2, 2200m). Incentivise (Shamus Award) has won his past six starts by an aggregate of 41.9 lengths, a sequence culminating with a 12-length win in the Tattersall’s Cup (Gr 3, 2400m) when he graduated breathtakingly from Benchmark 78 level.

No older horse, in my lifetime, has performed similarly through Brisbane winter campaigns.

The Gordon Yorke-trained Natural Destiny (Naturalism), who blitzed his rivals through a 2006-2007 summer campaign in the northern capital, was perhaps of a similar ilk but he would succumb to injury before having the chance to prove his mettle elsewhere.

The Richard Freyer-trained Leica Falcon (Nothin’ Leica Dane) didn’t compete in Queensland but is the horse most frequently likened to Incentivise, given his meteoric rise in 2005. Leica Falcon had won a maiden in four starts in two preparations before two restricted wins by 4.8 lengths and 6.5 lengths at the start of the 2005-06 season.

He then won a modest handicap at Sandown before a rapid jump to Group 2 level in the Herbert Power Stakes (2400m) which he duly won by two and a half lengths.

Leica Falcon would then finish fifth and fourth respectively in the Caulfield (Gr 1, 2400m) and Melbourne Cups (Gr 1, 3200m), settling last or near last in each and having little good fortune in transit. While he failed to win either of those Cups, for which Incentivise is favourite in 2021, he proved the previously unheralded horse could be highly competitive.

Critically, Incentivise and Zaaki have both demonstrated they can race on the speed and sustain a gallop almost regardless of how far from home they are called upon to do so. They are far less likely to need the luck in running which was crucial for Leica Falcon.

While there are no contemporary horses who can be directly compared to either Zaaki or Incentivise, there is the romantic temptation to link Incentivise with the legendary Bernborough (Emborough) – both hailing from Toowoomba – or with the similarly feted Gunsynd given Incentivise’s transfer to Peter Moody from his breeder, original trainer and original outright owner Steven Tregea.

Gunsynd (Sunset Hue) was transferred, after his three-year-old season, from Bill Wehlow to Tommy Smith but he hadn’t graduated from obscurity during a winter campaign. He’d already won significant races in Sydney before joining Smith’s team after which, in his four-year-old season, he would win ten races including a quartet of the great mile races – Epsom, Toorak, George Adams (Cantala) and Doncaster.

Bernborough’s story similarly doesn’t mimic the current stars. He was barred, under his original ownership, from racing anywhere but Toowoomba. Nor do those of other freakishly good Queensland horses including Strawberry Road (Whiskey Road) and Vo Rogue (Ivor Prince).

Zaaki’s rise to prominence seems meteoric and, in a sense, it is given that he’d lost form as a five-year-old and while his first two runs in Australia were encouraging, they did not hold portent of what was to come in Brisbane.

However, Zaaki had established himself among the best milers in England in 2019 – after being gelded – and it’s more a case of him being rejuvenated than uncovered.

While six horses have won two of the three Brisbane features, won by Zaaki, in the past 20 years and only one Scenic Shot (Scenic) – of the five who continued to race – went on to claim a major spring prize, none of them won all three or created an impression quite like Annabel Neasham’s galloper.

Some might, also, wish to doubt Incentivise’s Tattersall’s Cup form. However, just two years ago, it was the springboard to Melbourne Cup success for Vow And Declare (Vow).

For what it’s worth, I fancy these two Queensland winter racing graduates just might be the saviours of the spring in the mooted absence of international challengers.

At the very least, they bring a level of fascinating intrigue way beyond the forecast prospects of the previously established older performers headed by Verry Elleegant (Zed).

Among the fillies, it may be Four Moves Ahead (Snitzel) and the unexposed Argentia (Frankel). The latter is trained by Anthony and (his son) Sam Freedman who also have Artorius. Brothers Michael and Richard Freedman have Stay Inside and Tiger Of Malay.  With eldest brother Lee having just returned to Australia and Richard’s son William going it alone, the spring might also be an interesting battleground among one of Australia’s most famous racing families.