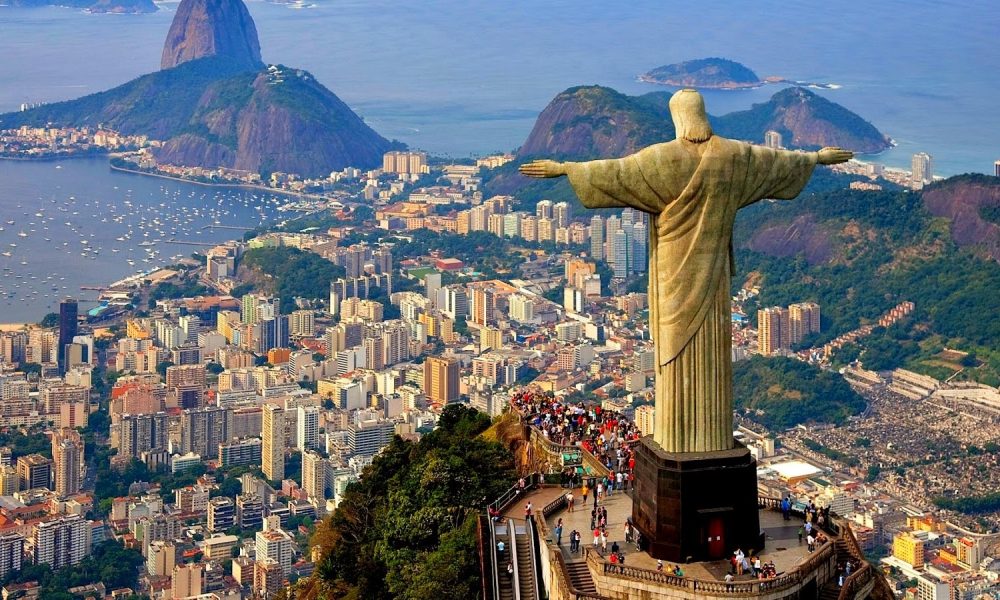 For most of our lifetimes, Australians’ knowledge about racing in Brazil was limited to probably three things:

But all this may be about to change dramatically, and pretty soon Leroidesanimaux could be a name on Australian racings fans’ lips. Or better still, since that’s as exotic a mouthful as a cup of guava juice, the name of his son Zaaki might be.

“All I know is,” says jockey James McDonald when asked by this column about Zaaki’s breeding, “he’s by a stallion I can’t pronounce.”

Zaaki set the Australian racing scene alight, and earned Cox Plate (Gr 1, 2040m) favouritism, with his imperious seven-length victory in the Doomben Cup (Gr 1, 2000m) last Saturday, sitting virtually in the death seat for a long way but powering home to give McDonald, burgeoning trainer Annabel Neasham, and all those aboard at the short odds a comfortable couple of minutes indeed.

Before that he’d slayed the field in the Hollindale Stakes (Gr 2, 1800m) at the Gold Coast, come a narrow second in the JRA Plate (Gr 3, 2000m) at Randwick, and powered home for sixth at his Australian debut in the Doncaster Mile (Gr 1, 1600m).

Bought for England-born Neasham at last year’s Autumn Horses in Training sale after winning twice and placing thrice at Group 3 level along with two Group 2 placings, the six-year-old gelding is unusual for a couple of reasons.

He was born and raised in England but is at his best on dry ground, hinted at by his seven-length win on the good at Doomben and his two-length Hollindale win on the soft. He’s also built more like an Australian galloper than a European. It may be tempting to attribute both elements to his southern hemisphere sire, but in truth Zaaki’s pedigree is mostly a classic mix of lines from the USA, GB, France and Canada (guess who?).

“He’s a good type with a lot of bone, and a bit of size and substance to him,” Neasham tells us. “In fact, he looks a lot more like an Australian horse than a typical European horse, which is probably what’s helped him adapt so well out here.

“He’s also a good track horse, a little unusually for Britain. He certainly relished the track on Saturday.”

Neasham, Ciaron Maher’s former foreperson who gained her own licence last year and now has 50 horses in work at Warwick Farm, admits to not spending a great amount of time on her sudden stable star’s pedigree. Why would you, when they arrived as a proven commodity and win like they did on Saturday?

“I don’t know much about his sire, though I’ve read a little about him now. He’s out of a Sadler’s Wells mare, and they need no introduction, but that’s about it for me on the pedigree front,” Neasham says.

In terms of how he’s learned to race, however, Zaaki is all European, according to the man who’s been on his back for his past three starts and may just be welded on there from here on in.

“He’s similar to the Europeans I’ve ridden in the past, in terms of them being nice strong travellers, good high cruising speed, quite durable; they just keep galloping,” says McDonald. “They’re just nice building horses, especially the good ones who come out here.”

McDonald believes last Saturday’s 2000 metres, or a touch less, would be Zaaki’s ideal distance. Thus, he’ll probably not be a spring Cups horse, but looks destined to thrill Australian fans in other ways, whilst building the legacy of his sire, who unfortunately died in 2016.

Leroidesanimaux was an outstanding galloper, freakishly good, if you consider the “BRZ” after his name. He won three G1s after moving to the US, took nine of his 13 starts, and was America’s champion male turf horse in 2005.

He had been siring horses since 2006 out of Kentucky’s Stonewall Farm and, from 2013, Lanwades Stud in Newmarket. Until last spring though, he’d not had a runner in Australia. Suddenly, he’s had two good ones, with Le Don De Vie joining Anthony and Sam Freedman’s stable from England and placing second in the Geelong Cup first-up, before winning the Listed Warrnambool Cup earlier this month.

Leroidesanimaux – a mush of four French words meaning “The king of the animals” – was bred by Haras Bage Do Sul at Acegua in Rio Grande Do Sul, thankfully for horses Brazil’s southern-most state and far away from its tropics.

The breeding scene is, as expected, relatively small in Brazil. While South America produced 15 per cent of the global thoroughbred crop last year with 13,000 foals, Brazil accounted for just 1,735 of those. The odds on Leroidesanimaux being as good as he was then, were quite small.

Leroidesanimaux was by the American son of Blushing Groom (FR), Candy Stripes, who raced in France, stood in Argentina, then shuttled between there and the US. Leroidesanimaux would in fact become Candy Stripes’ third-highest stakes-earner, though well behind the highest one – 2006 Breeders Cup Classic (Gr 1, 10f) winner, 2007 US Horse of the Year (and 2005 Uruguayan Triple Crown hero) Invasor.

Leroidesanimaux was, however, the finest progeny of his British dam Dissemble (Ahonoora, GB). He had three starts at two (with Jesus watching) at the aforementioned Gavea, for a win and a place. He was then sent to North America, where after a debut fourth he won eight in a row, including three G1s in four starts at Hollywood Park, Santa Anita and Woodbine – the last of which by a Zaaki-like 7.5 lengths.

At stud, he’s had 25 stakes winners from a relatively small 446 runners across 37 countries — from Norway to Kazakhstan, to Venezuela, the Philippines and his home country Brazil, and of course the US, Britain et al. His highlight – by the length of the Gavea straight – has been Kentucky Derby (Gr 1, 10f) and Dubai World Cup (Gr 1, 2000m) winner Animal Kingdom, who tops his earners’ list with £5,210,584. Now second on that table, with £661,608, is Zaaki.

Zaaki’s female side is relatively unsung, with no one of note until his fourth dam Riverqueen (FR), who won three classic G1 equivalents in her homeland in the French Thousand Guineas (1600m), Grand Prix de Saint Cloud (2500m) and Prix Saint-Alary (2000m).

Riverqueen threw Zaaki’s third dam Minya (USA) through her mating with Blushing Groom, meaning that French stallion – sire of 44 stakes-winners including Let’s Elope’s dad Nassipour — doubles up in a 3×5 cross in the pedigree.

Northern Dancer (the Canadian of the piece) is in a 5×3 cross, thanks in the bottom half to Sadler’s Wells siring Zaaki’s dam Kesara (GB), who had a limited five-start career in France.

It’s been a roundabout route to get here, but Zaaki has arrived with a very loud bang.