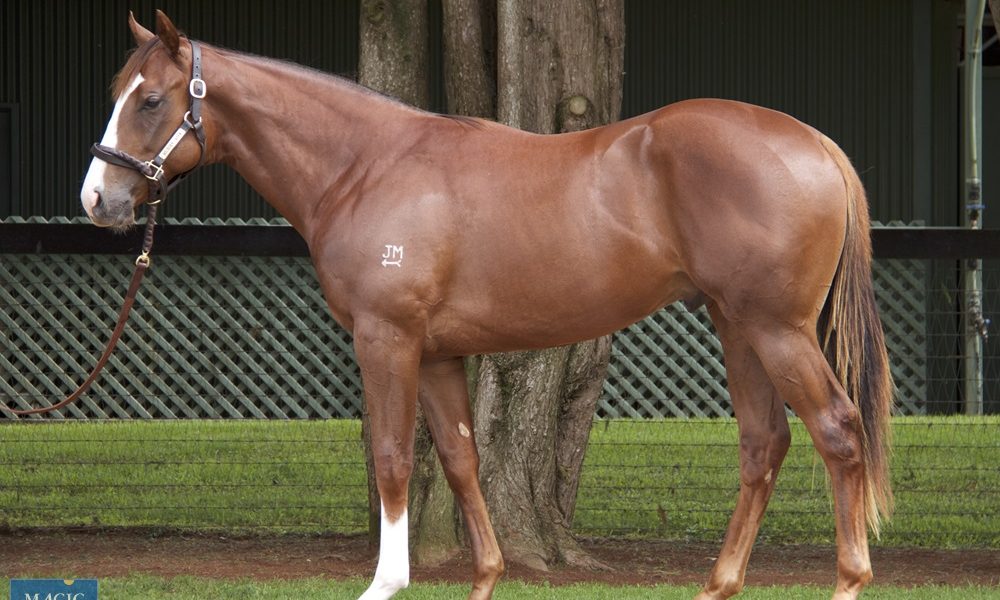 John O’Shea looks to have unearthed a potential spring carnival runner in the shape of Zoukerino (Snitzel) after the two-year-old impressed on his debut at Randwick’s Kensington track on Wednesday.

Having indicated his potential in good recent barrier trials, Zoukerino made a most impressive winning debut. Quickly away from his outside barrier (10), he was eased by Brenton Avdulla to settle in fourth place, before improving nicely rounding the home turn. He soon dashed clear to score very easily by three and quarter lengths.

A $500,000 purchase as a yearling, O’Shea was unsure just how the son of Snitzel (Redoute’s Choice) would cope with the Heavy 10 conditions, however the testing ground proved no issue as he beat his rivals, led home by One Destiny (Super One), easily.

“I thought he was a Listed, Group 3 horse at worst and I’m always of the belief good horses do good things at their first start, irrespective of the circumstances,” O’Shea said. “And I think he’s done a good thing there.”

Echoing O’Shea’s thoughts, Avdulla said Zoukerino gave him the feel of a horse who could progress to bigger races.

“He does give you that feel like he’s above average,” Avdulla said. “He gave me a lovely ride. I was able to slot in behind James [McDonald on leader Renosu] and he took me where I needed to be. He probably didn’t take me far enough to be honest. He hit the front a long way out, but to his credit, he did it very comfortably.”

Bred by John Muir’s Milburn Creek Stud, Zoukerino was knocked down to Suman Hedge for a sale-topping $500,000 at the 2021 Magic Millions National Yearling Sale.

A brother to Group 3-placed Spend, Zoukerino is the fourth winner out of the Hussonet (Mr. Prospector) mare Walk With Attitude, herself a winner of the Desirable Stakes (Listed, 1400m).

Hedge and Ciaron Maher Bloodstock went to $800,000 for Walk With Attitude’s I Am Invincible (Invincible Spirit) filly at the Gold Coast earlier this year.

From the family of French Oaks (Gr 1, 2100m) winner Rafha (Kris) and champion sires Invincible Spirit (Green Desert) and Kodiac (Danehill), Walk With Attitude has a weanling colt by The Autumn Sun (Redoute’s Choice) and was covered by Zoustar (Northern Meteor) last spring.