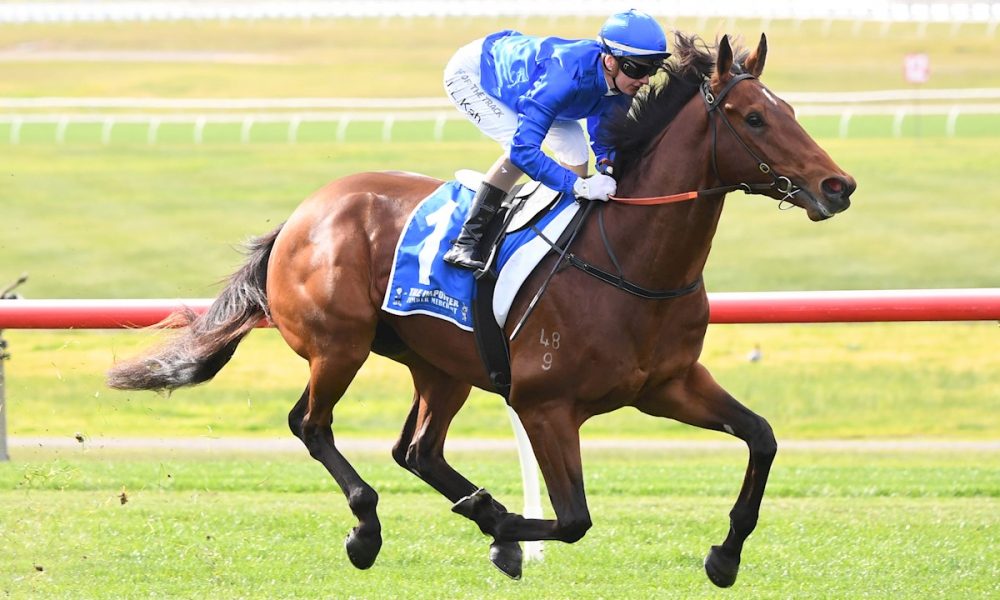 James Cummings and Godolphin look to have a real Caulfield Guineas (Gr 1, 1600m) contender on their hands following Aft Cabin’s (Astern) dominant performance in a Sandown-Hillside maiden on Wednesday, propelling himself into a general $11 third favourite for the Group 1 contest.

Making his second racecourse appearance after finishing runner-up on a Heavy 10 surface at Warwick Farm on debut last month, the Godolphin-bred-and-raced colt showed the benefit of that experience and the improved Soft 5 conditions to cruise home to a six-length victory.

Travelling well throughout under Jamie Kah, the three-year-old was midfield and wide early in the contest after jumping from a difficult barrier in eight. Asked to improve following the turn into the home straight, Aft Cabin produced a scintillating turn of foot to effortlessly come clear of his eight rivals, beating Bel Air (Written Tycoon) with a further head back to American Liason (American Pharoah) in third.

“That was ultra-impressive,” stable representative Sean Keogh said. “The race played out beautifully. Jamie [Kah] got him in a lovely spot, and it’s come to fruition of what everyone thought of him at home.

“A couple of weeks ago you have to make those nominations for the big races if you have some sort of opinion about your horse.

“He’s put them away in good style in a maiden and I’m sure James will be looking at Saturday races with him over the next month and hopefully he can continue that journey.”

“He’s a very nice horse,” Kah said. “He’s definitely above average and has the temperament and attitude to go with it.

“I felt like I had the race a long way out, but he still surprised me when I gave him a squeeze. He was still in second gear and had plenty of gears left.”

Aft Cabin is the fifth winner from as many to race out of the Lonhro (Octagonal) mare Shelters and is a half-brother to PJ Bell Handicap (Gr 3, 1200m) winner Multaja (Medaglia D’Oro) and Lonhro Plate (Listed, 1100m) winner Veranillo (Medaglia D’Oro).

Shelters herself is a sister to TJ Smith Stakes (Gr 1, 1600m) winner Benfica. She has a weanling colt by Harry Angel (Dark Angel) and was covered by Brazen Beau (I Am Invincible) last spring.