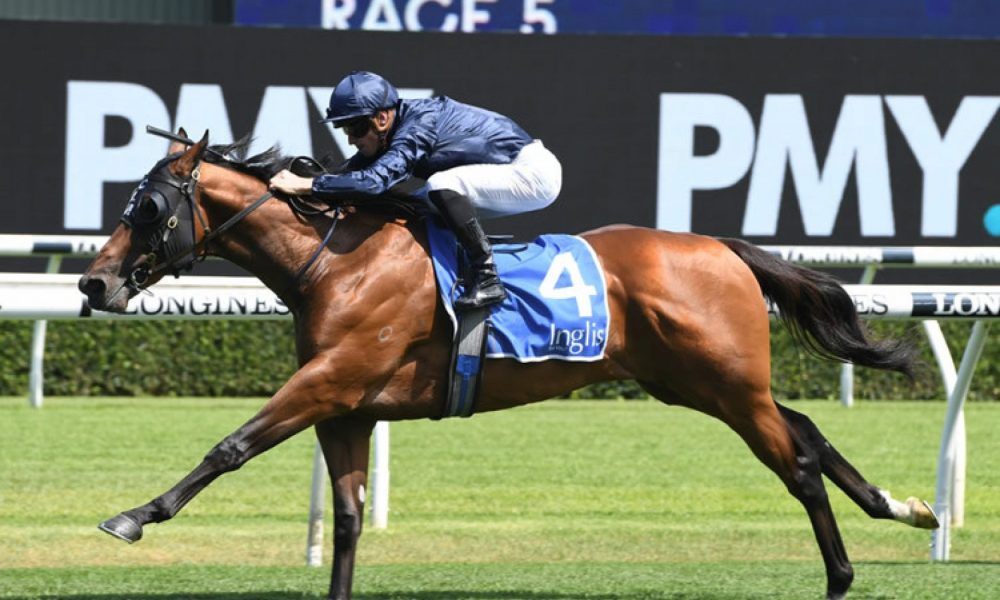 The Inglis Nursery (RL, 1000m), in its short history, has a proven record of producing horses that will go on to develop into future stars.

That doesn’t take into account the beaten brigade, with a subsequent Group 1 winner in September Run (Exceed And Excel) finishing down the field last year.

By the time the season is out, it wouldn’t surprise if Acrobat (Fastnet Rock) is among the best of this year’s two-year-old crop if the strength of his maiden performance is anything to go by.

The Ciaron Maher and David Eustace-trained Acrobat, sporting the Coolmore navy blue silks, was sent out the $4.60 third favourite but proved far superior to his rivals, racing clear from a handy position to defeat favourite Ashema (I Am Invincible) by two and a quarter lengths with a further two and a half lengths back to Mission Value (Capitalist) in third.

It was yet another juvenile winner for Maher and Eustace this campaign but, importantly, it was another punch packed by the operation’s Sydney stable foreman Jack Bruce, who took over from Annabel Neasham at the start of the season.

Losing a horsewoman of the talent of Neasham was expected to be a tough blow for the outfit, with the new trainer already proving just how bright her future is by saddling runner-up Ashema. With Aquis throwing their support her way, a big season is expected from her.

However, Bruce – formerly with Chris Waller and Bjorn Baker – has filled those big shoes with aplomb, with Acrobat’s win giving him special satisfaction. Up to last weekend, the Maher/Eustace team had sent out 44 starters in Sydney under Bruce’s watchful eye for 15 winners (34 per cent strike rate) and a further 14 placings (65 per cent place strike rate).

Acrobat is the seventh named foal out of three-time stakes winner Hips Don’t Lie (Stravinsky), a Group-winning two-year-old in the Reisling Stakes (Gr 2, 1200m) in 2008.

He is a brother to the stakes-winning Lake Geneva, once considered Australia’s best maiden after finishing third in both the Blue Diamond Stakes and the Golden Slipper Stakes in 2015, as well as Ennis Hill, who won the Chairman’s Stakes (Gr 3, 1000m) in 2018. Another brother, Memphis Rock, won at Flemington an hour after Acrobat’s success.

Acrobat’s third dam Getting There (Jungle Boy), winner of the WATC Gimcrack Stakes (Listed, 1000m) in 1984, has proven quite the matriarch, with Procure a half-sister to Group 1 placegetters Rhythm (Bakharoff) and Tristachine (Sir Tristram) as well as Western Music (Western Symphony), whose branch of the family has produced top Asian thoroughbreds Sapelli (Flying Spur) and The Alfonso (Magnus).