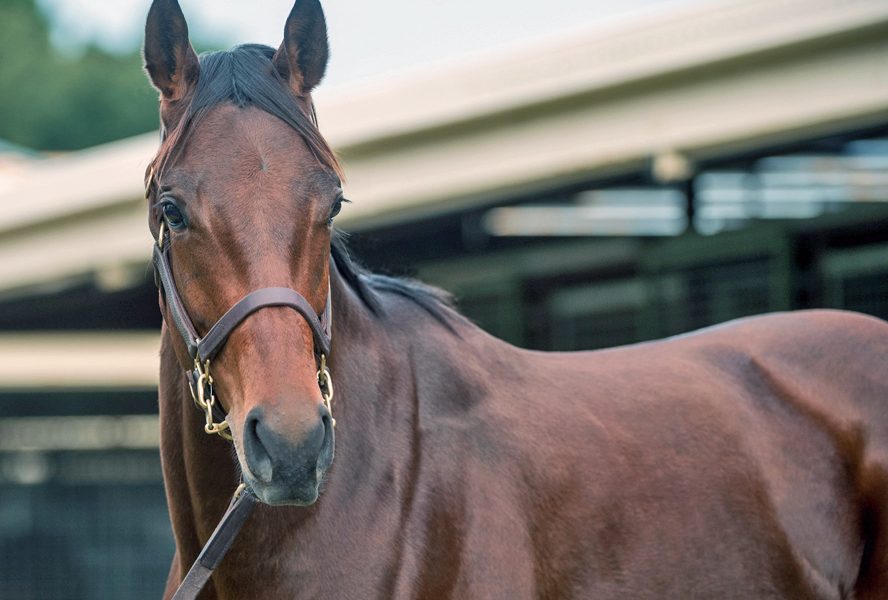 Dynamic Syndications’ Adam Watt feels that his ownership group could have a potential Queensland Oaks (Gr 1, 2200m) contender on their hands after African Daisy (American Pharoah) produced an eye-catching performance at Wyong yesterday when destroying her rivals in the Hma Group Maiden Plate over 1350 metres.

Making the fourth start of her career, the daughter of American Pharoah (Pioneerof The NIle) had previously finished sixth on her debut at Scone, coming home strongly when the penny dropped, before going on to finish second and fourth respectively in two Canterbury maidens to round off her debut campaign.

Reappearing under jockey Brodie Loy after two encouraging trials at Warwick Farm, the Annabel Neasham-trained three-year-old filly broke well from the barriers and made all against the rail to come easily clear of her closest pursuer in the final furlong, beating Gracious Gracie (Dream Ahead) by five and a quarter lengths with a further length and a quarter back to Australian Citizen (More Than Ready) in fourth.

“We were thrilled with her. The ground was a genuine concern for us beforehand with her going first up at 1350 metres on a Heavy 10 track, but she was scintillating today, wasn’t she?” Watt told ANZ Bloodstock News.

“We thought she’d be hard to beat given her price, but it was the ease in which she did it and the time that she produced in the final 600 metres on that Heavy 10 surface without being asked for an effort, that was quite exciting for us.

“We’ll likely be looking to target the Class 1 race over 1600 metres at the standalone Scone weekend meeting on May 13 provided she pulls up well. Then I think two weeks after that there’s a three-year-old Benchmark 72 race over 1800 metres in town on a Saturday which is crazy prize-money, and obviously the Queensland Oaks has always been in the back of our minds too, along with the Winx Guineas at the end of the carnival.”

Having originally been purchased by Aquis Park for $115,000 as a yearling when consigned by Bhima Thoroughbreds, Adam and his father Dean were able to buy the filly for $50,000 at the Magic Millions National Broodmare Sale last year when unraced.

“We were fully aware that Aquis were no longer interested in racing a huge amount of fillies and we bought her out of the dispersal there at Magic Millions, alongside another filly Notions (twice a winner from five starts). Annabel (Neasham) was very positive about the filly and we bought her for Annabel to train,” Watt said.

The 24th Australian winner this season for Coolmore Stud shuttler American Pharoah, who returns to their roster this year at a fee of $49,500, African Daisy is the fourth foal out of the stakes race-winning Latent Heat (Maria’s Mon) mare Ciguaraya, a half-sister to the stakes winners Silver Time (Indian Charlie) and Midnight Soiree (Include), while the filly herself is a half-sister to the winning gelding Euro Gold (Malibu Moon).