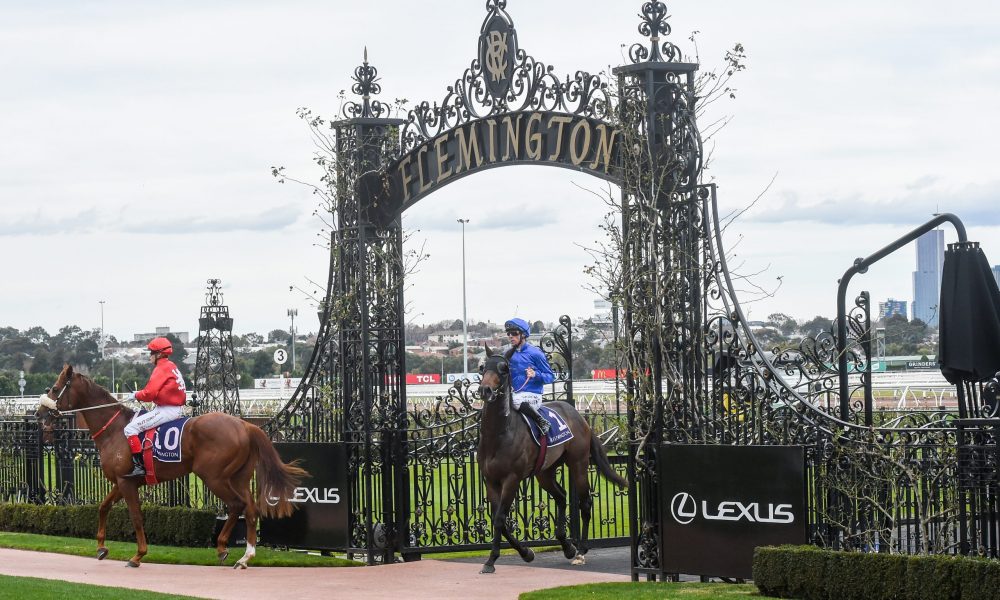 James Cummings secured his first classic starter for the spring last Saturday when Alcyone (Teofilo) broke his maiden in the Byerley Handicap (1800m) at Flemington and earned himself a ticket straight into the VRC Derby (Gr 1, 2500m).

The two-year-old son of Teofilo (Galileo), who finished second in the Taj Rossi Series Final (Listed, 1600m) at his previous start, settled well in fourth place, one out and one back, before John Allen asked him to improve nearing the turn.

The colt took the lead at approaching the 200-metre mark and he held off challengers to score by three-quarters of a length ahead of Johnny Get Angry (Tavistock), with Shadow Prey (Crackerjack King) a further half-length away in third.

“He travelled well,” Allen said after the race. “I had the front two covered and I didn’t want to get to the front too soon because he’s a bit lairy and he just had a look around when he got there.

“I felt he waited for them a bit and even though he didn’t win by a big margin, I felt like I had a bit left, to be honest.”

Further back, this is also the family of multiple Singapore black-type placegetter Powerful Ruler (Viking Ruler).

Teofilo now permanently resides at Darley’s Kildangan Stud, where he stood for a fee of €40,000 in 2020.