Alpinista the Queen of Europe after Arc triumph 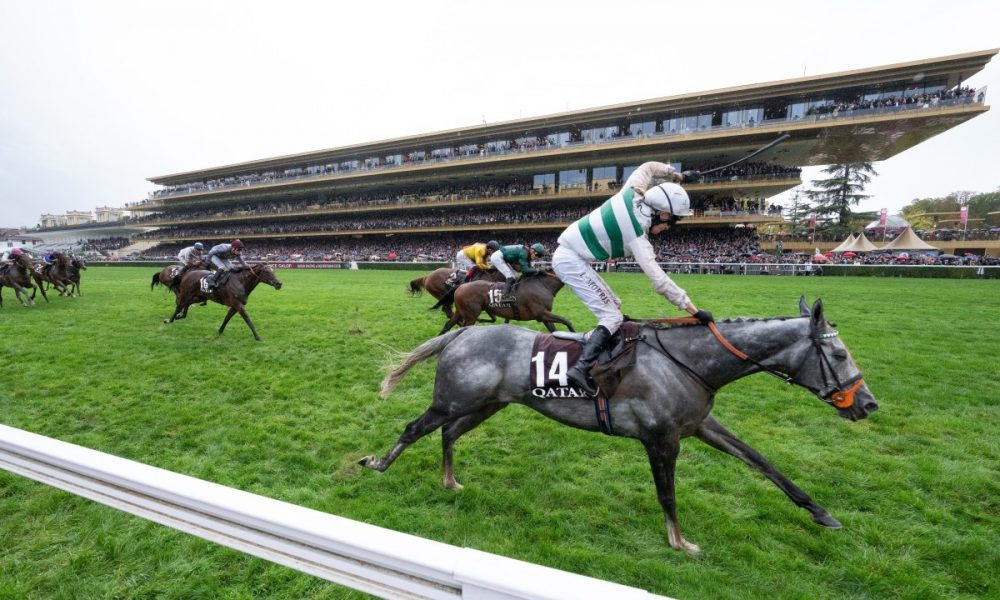 The Kirsten Rausing-bred and owned Alpinista (5 m Frankel – Alwilda by Hernando) propelled herself to stardom as she proved all class and heart in winning yesterday’s Prix de l’Arc de Triomphe (Gr 1, 2400m) at Longchamp.

Having won her previous seven races, a run which included five consecutive Group 1 contests, the Sir Mark Prescott-trained grey daughter of Frankel (Galileo) added another elite-level victory to her tally with a gutsy performance under regular partner Luke Morris.

Moving into the final three furlongs of the contest, Morris sat motionless aboard the favourite while others pushed and shoved.

Ranging up to tiring leader Titleholder (Duramente) at the two-furlong pole, Alpinista was sent for home by her rider and stayed on well under pressure in the deteriorating conditions to hold off late closers Vadeni (Churchill) and last year’s victor Torquator Tasso (Adlerflug) by half a length and a neck respectively.

“I’m lucky to get a good one at this stage of my career!” Prescott, who has trained for 53 years, said afterwards.

“Luke’s ridden for me for 11 years, Miss Rausing’s had horses with me for 36 so I’m very lucky, aren’t I?” Prescott added. “It’s hard to think of a better day.”

In winning, Alpinista collected £2.4 million (approx. AU$3.68 million) prize-money as she became the first five-year-old mare since Corrida (Coronach) in 1937 to win Europe’s most prestigious event.