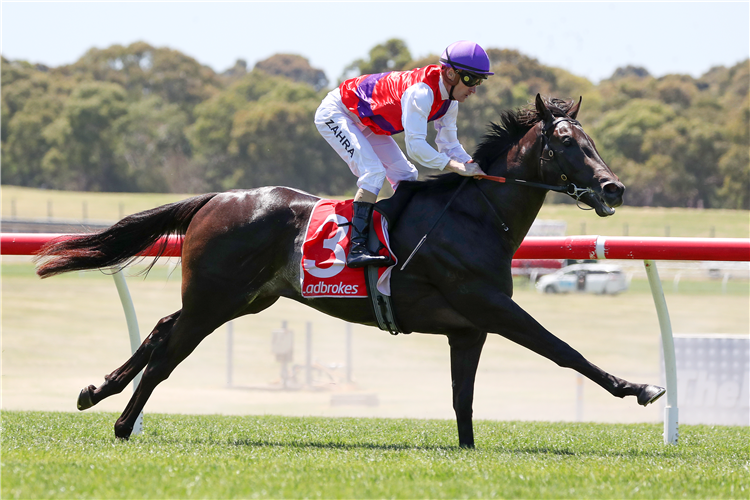 The well-supported Artorius (Flying Artie) built on the promise of his late-closing second in a 1135-metre Geelong maiden earlier this month with an impressive display upped to 1300 metres at Sandown on Saturday.

Ridden patiently from his outside berth in barrier ten, Mark Zahra settled Artorius at the tail of the field before making a wide move to close on the turn for home.

Asked to quicken as the tempo increased, the Anthony and Sam Freedman-trained juvenile showed a striking turn of foot, starting his sprint from the 400-metre marker and hitting the front with 200 metres left to run.

Having sauntered into the lead at that stage, Artorius was untouched in the closing stages and seemingly won with any amount in hand. The official margin was four and a half lengths over El Rocko (Fastnet Rock), with Picarones (Shooting To Win) a further nose away in third.

Bred by Greg Perry, Artorius was bought for $120,000 out of the Vinery Stud draft at the 2020 Magic Millions Gold Coast Yearling Sale.

He is the second winner out of Gracie’s Lass (Redoute’s Choice), an unraced half-sister to fellow Perry-bred and Darley Classic (Gr 1, 1200m) hero Delectation (Shamardal).

Artorius’ second dam is the stakes-winning mare Grace And Power (More Than Ready), who finished runner-up in the Starlet Stakes (Gr 1, 8.5f) at Hollywood Park.

Gracie’s Lass has a colt foal by Written Tycoon (Iglesia) and was covered by Deep Field (Northern Meteor) last spring.

By winning last weekend, Arotorius ensured his sire – Newgate Farm resident Flying Artie (Artie Schiller) – became the second of the freshmen stallions to reach four individual Australian winners this season. He joined barn mate Extreme Choice (Not A Single Doubt) on that figure, with the latter having produced his fourth winner earlier in the afternoon at Randwick.

A memorable day for Newgate was rounded out by another of their first season residents, Capitalist (Written Tycoon), who sired his third winner shortly after at Doomben. All three victories fell within the hour.

Artorius’ commanding success saw him firm him into $15 for next month’s Blue Diamond Stakes (Gr 1, 1200m), a race in which Flying Artie finished second to Extreme Choice in 2016.