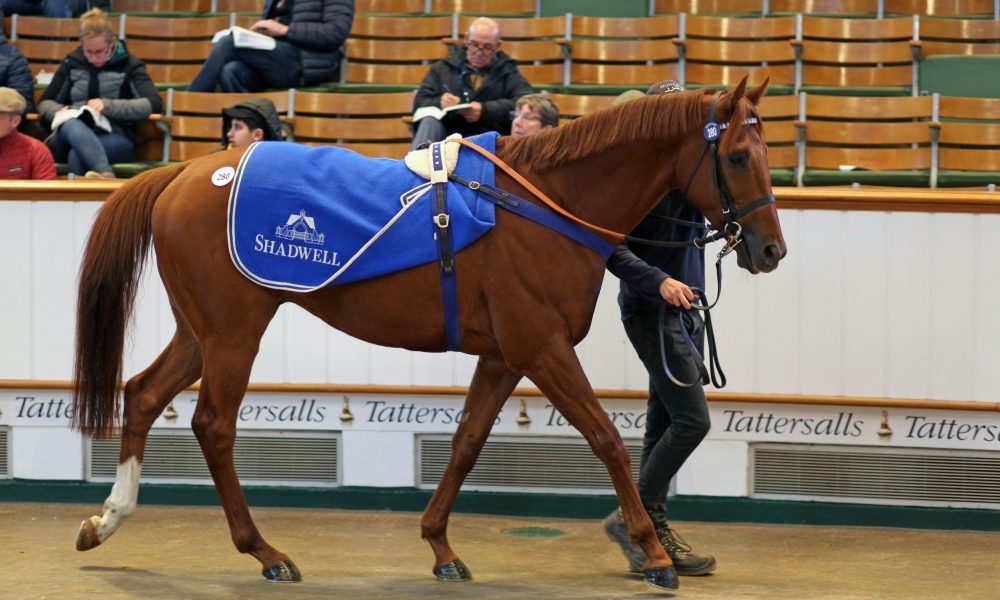 As expected, Australian buyers were out in force on the opening day of Tattersalls Autumn Horses in Training Sale, with Ciaron Maher and Australian Bloodstock securing prospects to continue their career Down Under.

Maher and David Eustace purchased two lots, with Stuart Boman signing for Montather (Dubawi) on behalf of Maher after he went to 140,000gns to secure the 94-rated Shadwell-consigned gelding, who had struck for a win at Chelmsford this year, adding to successes as a two- and three-year-old.

Catalogued as Lot 280, he is out of Listed-placed Lanansaak (Zamindar) and from the family of 1,000 Guineas (Gr 1, 1m) winner Shadayid (Shadeed).

“He’s off to Australia – I’ve bought him for Ciaron Maher and David Eustace,” Boman said. “We’ve had a bit of luck buying at this sale over the years and they wanted to come back and buy a nice horse.

“I spoke to Roger Varian, who has handled the horse beautifully, and I think he’s a very talented horse who will handle the faster pace in Australia, because he’s been a bit keen in races. He handles fast ground and he’s a lovely horse to look at – we’re delighted to get him.”

At the time of publication, Montather was the day’s third-highest priced lot, with the pacesetter being Group 3-placed juvenile I Am Magic (Magician), who fetched a bid of 200,000 gns from BBA Ireland and will head to the Middle East.

The gelding is rated 84 and is from the family of the Maher-trained Dal Harraild (Champs Elysees).

Australian Bloodstock were again showing interest at Tattersalls as they purchased Lot 137 at the Horses-in-Training Sale for 75,000 guineas (approx. AU$137,800) yesterday.

Consigned by the Gainsborough Stables of Simon and Ed Crisford, the three-year-old gelding was bred and sold as the property of Rabbah Bloodstock.

A son of New Approach (Galileo), he has finished second on both starts to date, the first over a mile at Pontefract and the most recent over seven furlongs on the all-weather surface at Newcastle, showing significant promise in both.

He is the first foal out of black-type mare Kurland (Kheleyf), a half-sister to the Coventry Stakes (Gr 2, 6f) winner Rajasinghe (Choisir).

“He will go to Australia, he is an unexposed horse and physically I think he is quite taking,” said Ronald Rauscher, who purchased the gelding on behalf of Australian Bloodstock.

“He is coming out of a yard that you can be happy to buy from and with which I have been quite lucky. From those aspects he was quite straightforward, and there were obviously other takers – we thought we’d get him at a different price but it never materialised!”