Back in business, Golden Sixty steams to victory in Chairman’s Trophy 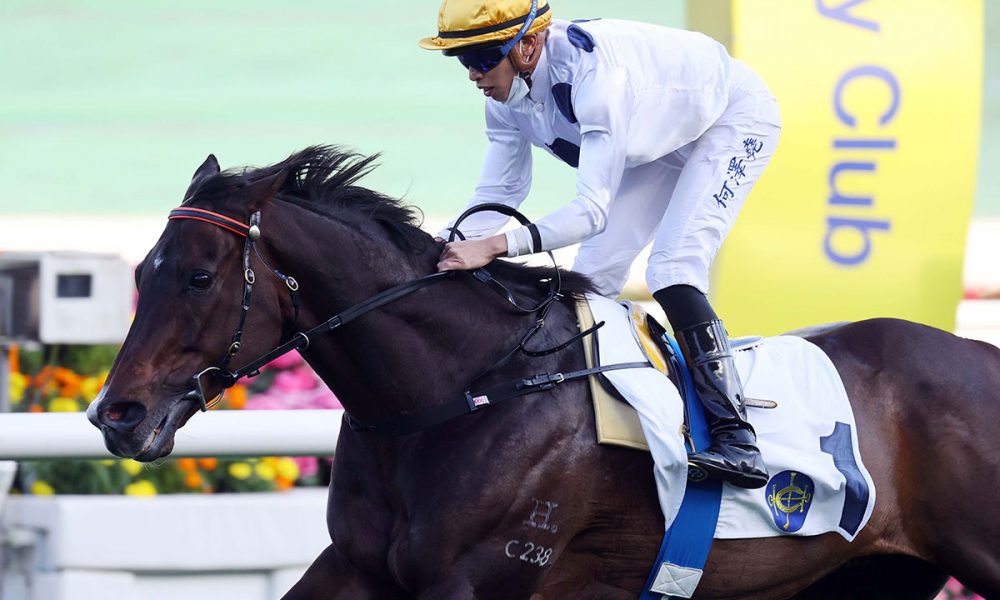 He came, he saw and he silenced doubters with an unanswerable burst of speed.

“You can see his form – he’s my champion,” Lui declared post-race.

Banishing memories of successive defeats – the first of which halted his unbeaten run at 16 – Golden Sixty enhanced his earnings to a mouthwatering HK$102,000,600 (approx. AU$17.36m) with victory to become only the second horse in Hong Kong racing history behind Beauty Generation (Road To Rock) to earn over HK$100 million in stakes.

Switching things up to settle fourth in the run from barrier one, Golden Sixty rolled comfortably under a confident Ho before peeling out to hit the front with 300 metres still to play and when the rider popped the question, the six-year-old responded for a two-length crushing with Russian Emperor (Galileo) and Savvy Nine (Anodin) filling second and third, respectively.

“The last two runs, he was just too far behind and Vincent had to come to the outside. This time, we drew barrier one – we had no choice,” Lui said. “He’s an honest horse, he can jump fast and you can put him into any position and you have to relax him.”

Next up for Golden Sixty is the chance to nail a Champions Mile (Gr 1, 1600m) repeat, with Ho sounding an ominous warning to potential opponents ahead of the April 24 race.

“He’s not at his top (form) yet, because he had some time off, I would say he was only 70 to 80 per cent today, although he had a great turn of foot but he still has something to improve which is ideal heading into the target at the end of this month – this race will bring him on for sure,” Ho said.

“It was only supposed to be the last race when he got beaten, the one before, of course, I made a mistake and this time we drew (barrier) one, we had a perfect run and always he has a great turn of foot – it’s hard for horses behind to catch him,” Ho said.

“I think the main target is April 24 and we will see after the race what we can do after that,” Lui said.

“Golden Sixty, he has so many fans – thank you to everyone who supports him and to Golden Sixty of course,” Ho said.