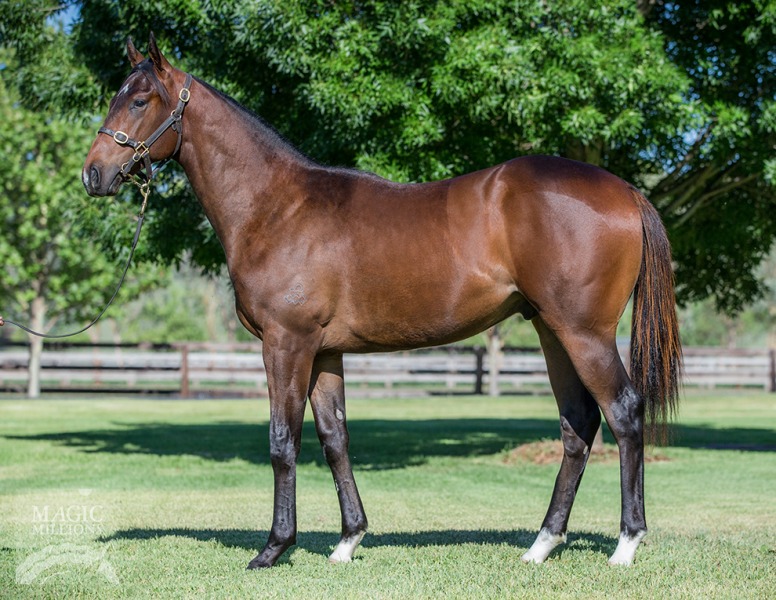 Battleground (Snitzel) was justifiably considered one of the best maidens going around before he finally lost that tag on Tuesday.

Second three times from his first three starts, including in the Gosford Guineas (Listed, 1200m) behind Hightail (Written Tycoon), Battleground finally put it all together when scoring at Kembla Grange.

Lining up over 1200 metres, Battleground was sent out as the long odds-on favourite for Peter and Paul Snowden. Ridden by Adrian Layt in the green and gold colours of James Harron, he began well, settling outside the leader before racing away on the corner.

By the 200 metres, it was all over as he drew right away, defeating the Clare Cunningham-trained Blueant (Smart Missile) by four and a quarter lengths with Bluff ‘n’ Bluster (The Brothers War) for Jason Coyle a further half-length away in third.

Whether it was the benefit of race experience, the removal of blinkers, the heavy track or simply the fact that he was far superior to his rivals, Battleground shapes as a horse to follow going forward.

By Snitzel (Redoute’s Choice) out of the unraced War Emblem (Our Emblem) mare Madame Andree, Battleground is her third foal and was purchased for $900,000 at the Magic Millions Gold Coast Yearling Sale from the Arrowfield draft.

Battleground has a younger three-quarter brother, Anders (Not A Single Doubt), who finished fourth on debut behind subsequent Reisling Stakes (Gr 2, 1200m) quinella See You Soon (Siyouni) and Dame Giselle (I Am Invincible) and looks set for a racetrack return shortly for Ciaron Maher and David Eustace.

Her yearling foal, by Shalaa (Invincible Spirit), reached $360,000 to the bid of George Moore Bloodstock on behalf of his uncle Gary at this year’s Magic Millions Gold Coast Yearling Sale, while she has a weanling filly by Snitzel.

Last season, she was served by Pariah (Redoute’s Choice) – formerly trained by the Snowdens and owned by Harron.